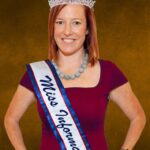 The Virginia Division of Motor Vehicles is now hiding only 22% of the state’s existing motor fuels tax with misleading website data, not the 26% it was hiding when I wrote about this last year.

In the chart you first find searching DMV on motor fuel tax rates, set out below, there is no reference to a statewide wholesale tax of 7.6 cents per gallon on gasoline. It is MIA, leaving the chart reporting a tax of only 26.2 cents. (That is up 5 cents from a year ago, and that is why the percentage “hidden” dropped.)

When you finally do find another page discussing the wholesale tax, the actual cost is not included in the text. You have to scroll down and click once again to find this. Nowhere is an overall total reported.

This was brought forward for discussion again because the American Petroleum Institute recently produced another compilation for all the states, since many  changes took effect July 1. It reports Virginia’s gasoline tax is 34.4 cents per gallon, not the 26.2 cents you might take away if you quickly examine the state’s information. (Wonks will want to download and save the full API report.)

Having raised this a year ago, and having received communication back from DMV, there is now no excuse for this intentional deception. They are creating confusion for political advantage, as the major fuel tax hikes approved by the 2020 General Assembly may still irritate some voters and get cited in campaigns.

Below find the API data on Virginia (copied with other states to capture the headers.)  Click it for the full view.  Emphasis added.

Below is the chart on the DMV webpage as it appears today. Compared to last year, there is now a reference to the small 6 cents per gallon tacked on for the storage tank safety program. If that is listed, why pray tell is the wholesale tax still absent? Everybody pays it. (The rates are slightly different for diesel, but the pattern of misinformation is the same.) 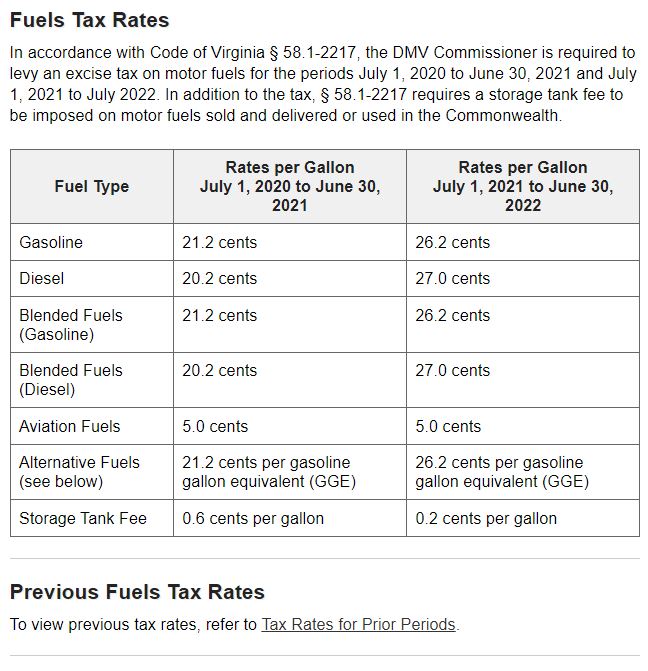 Even the historical review on another page, looking at recent changes, ignores the wholesale tax. It has been part of the total for a long time, starting first with Northern Virginia only, and then expanding to Hampton Roads localities and the Interstate 81 corridor.

As the API notes in its cryptic text on Virginia, that tax went statewide July 2020. Emphasis added:

DMV knows that, and happily collects the money. Why does it still keep the information hidden? Show lower tax totals? There is only one possible explanation. And our friends at Blue Virginia showed its utility in a recent post on the issue (their emphasis):

Second, even after the 5 cents-per-gallon “gas” tax increase that took effect on July 1, Virginia’s still among the lowest in the country, and VERY low compared to other states… at 26.2 cents per gallon, almost exactly the same as Kentucky and Tennessee.

In the parts of Virginia where the wholesale tax didn’t exist before last year, that is basically double the previous tax (a mere 16.2 cents per gallon). Next year it all starts to rise on an inflation-pegged automatic escalator.

If you can’t dazzle them with brilliance, they say, baffle them with…. Virginia is looking at a $2.6 billion cash surplus in just one part of its budget, the general fund portion not even including all these transportation taxes. All in, just how much have taxes really risen? Now watch the comment string fill with claims the tax is only 26.2 cents.