Why Won’t They Let Professor Funke In? 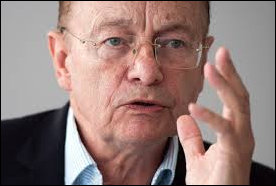 There’s a very curious case involving the University of Virginia that involves freedom of speech and free education, but it doesn’t involve the usual complaints of Mr. Jefferson’s University being a hotbed of Bolshevism.

Rather, it involves a renowned German professor who has had a rough time getting a U.S. visa after he was invited to teach in Charlottesville, according to the Cavalier Daily. Political scientist Hajo Funke had been invited to lead two courses as The Max Kade Distinguished Visiting Professor. On Thursday, he finally got his visa after a months-long wait.

Funke’s specialty is the study of right-wing politics, notably the re-emergence of the trends in Europe which has seen the rise of white supremacism, anti-immigration and anti-Semitism. Some examples include Hungary, Poland, Russia, France and other countries.

He had been slated to teach two courses, “Right-Wing Populism and the Far Right” and “Historical Political Memory” but had had to do them via teleconferencing from Berlin.

The university invited him to teach in November and he went to the U.S. Consulate in Germany to apply for the appropriate visa. Surprisingly, he was told that approval was being delayed with no reason given. According to the media, one possible reason is that he had visited Iran to see his wife’s family and to do some research.

If so, that suggests that Donald Trump’s xenophobic policies may be to blame. It’s a true shame that if a scholar visits certain countries to do some research, he or she is put on a black list.

This conjures up the days of Joe McCarthy. I used to deal with visa issues all the time when I was a U.S. news correspondent  in Moscow during the Cold War.

One of Funke’s studies involves comparing the 2017 uprising by white supremacists in Charlottesville with a 2018 uprising of a similar type in 2018 in Chemnitz, Germany.

It’s a true shame that Charlottesville has become the unwanted symbol of hate and violence that started over the removal of a Robert E. Lee statue. It’s been spreading throughout Europe as well, in part because the Arab Spring and the Syrian war have created great crowds of immigrants looking for safe haven.

On this blog, one reads regular critiques of U.Va. for being some kind of haven for political correctness and anti-thought. But consider Funke’s case.

This entry was posted in Education (higher ed). Bookmark the permalink.