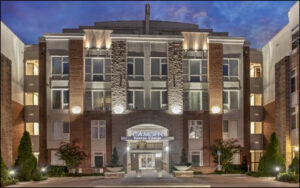 Planners in the Washington metropolitan area are worried, as they well should be, that continued population growth coupled with housing shortages could turn the region into another unaffordable hellhole like San Francisco or Los Angeles where legions of homeless people are taking over the public spaces and making life miserable for everyone. The solution, says the Metropolitan Washington Council of Governments (COG), is to build more housing.

“You can’t afford to live in San Francisco — the workforce [there] is being displaced,” said COG Vice Chair Derrick Leon Davis, from Prince George County, Md. “We don’t want to be that region.”

Davis is absolutely right about that. Unfortunately, the solutions proffered by the regional planning organization aren’t practicable. COG says the region needs to add 320,000 housing units between 2020 and 2030, 75,000 more than previously forecast. Of those, reports the Washington Post, at least three-quarters should be “affordable to low- and middle-income households.” That, in turn, likely requires increasing public subsidies such as rental vouchers and low-cost loans or redirecting funds from schools, transportation or other priorities.

In other words, COG planners have set a goal and then established preconditions that make fulfillment of that goal politically and fiscally impossible.

Not In My Back Yardism is as potent a political force in Washington-area local governments as it ever was, and NIMBYs have a wide array of procedural tools to block unpopular projects. If anything, the repertoire of tactics and strategems for shutting down unwanted development has expanded over the years. It’s difficult enough to win approval for high-quality development projects catering to higher-income households that pay more than their fair share of taxes. It’s almost impossible to win acceptance for projects aimed at lower-income families.

So, the first thing you do is drop the mandate to build housing that is affordable for “low- and middle-income” households. Take that requirement out of the equation and you get rid of the biggest objections to new housing: that the project will strain the local tax base, that the housing will be physically unattractive, that low-income residents will bring crime in their wake, that students from lower-income families might diminish the quality of local schools, and most important of all, that housing values will suffer.

You’ll never overcome objections that new development will add to traffic congestion, but that is one issue that the COG has addressed properly. New growth should be built as walkable urbanism with access to mass transit. While there may be no way to eliminate congestion, it is possible to design projects that generate fewer and shorter automobile trips per household. Moreover, traffic congestion is a problem that developers can remedy, at least in part, by handing over money for local road improvements. Developers of upscale projects can afford to pay the proffers and impact fees; builders of lower-income housing cannot.

If real estate developers build mostly up-scale housing, where will poor and middle-class families live? What if people can’t afford rents of $3,000 or $4,000 a month? The answer is trickle-down housing. As higher-income individuals move into new, upscale housing, they vacate the premises where they had lived before. Someone else moves into those dwellings, in turn vacating other housing units. At some point in the housing migration chain, someone will free up housing that lower-income households can afford. Admittedly, it will be the least desirable housing in terms of age, amenities and location. But as long as the growth in supply of new dwellings meets or exceeds the growth in demand, housing will be made available, and it will be more affordable than if housing construction had remained restricted.

The beauty of trickle-down housing policy — this is fundamental, so pay close attention — is that private actions take place outside the governmental arena where people can obstruct them. The only zoning approvals required are those for the new upscale housing projects. The migration of renters and homeowners from dwelling to dwelling requires no governmental approval. As long as fair housing laws are enforced, the migration chain cannot be hindered. Because the voluntary transactions of thousands of individuals take place outside the public eye, the process is largely invisible. And if it’s invisible, it won’t generate opposition.

Put another way, it’s easy for NIMBYs to block construction of a new low-income housing project. NIMBYs have no power to stop a poor family from moving into a dwelling that someone else has vacated.

To a carpenter, every problem looks like a nail and every solution looks like a hammer. To a metropolitan planner, every problem requires a government solution. But sometimes government is the problem. We need look no farther than the People’s Republic of San Francisco for proof. In an Opportunity Society, the solution to affordable housing is to let market mechanisms work. Let’s create an Opportunity Society in Virginia and the Washington metropolitan area.

This entry was posted in Housing, Poverty & income gap and tagged James A. Bacon, smart growth. Bookmark the permalink.