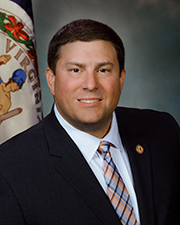 Superintendent of Public Instruction James Lane is running into fierce public resistance to draft SEL regulations. See the 409 comments so far.  They overwhelmingly oppose what he has offered as a draft SEL instruction in his April 23 memo.

The basic problem is apparent.

The Board of Education/VDOE are citing laws for authority in regulation writing that do not authorize the regulations they publish.

1. Develop and implement, in consultation with stakeholders representing elementary and secondary education, higher education, and business and industry in the Commonwealth and including parents, policymakers, and community leaders in the Commonwealth, a Profile of a Virginia Graduate that identifies the knowledge and skills that students should attain during high school in order to be successful contributors to the economy of the Commonwealth, giving due consideration to critical thinking, creative thinking, collaboration, communication, and citizenship.

2. Emphasize the development of core skill sets in the early years of high school.

3. Establish multiple paths toward college and career readiness for students to follow in the later years of high school. Each such pathway shall include opportunities for internships, externships, and credentialing.

Superintendent’s Memo # 106a, April 23, 2021 Virginia Social Emotional Learning Standards DRAFT 2021 declares that SEL will be “aligned with the 5 Cs”, in accordance with that legislative mandate.

It clearly and simply is not so aligned and also far exceeds its mandate for “development of core skill sets in the early years of high school” by starting before kindergarten.

VDOE and the Board of Education have very specifically created a definition of citizenship as global, not American, using identity-based themes to create within “social contexts” “global” citizens.

There is a direct conflict between that new definition and the intent of a Republican General Assembly. VDOE knows it, yet claims that law as its legislative mandate.

The memo then charges ahead with that unique definition into areas that are and will remain fiercely opposed by broad swaths of Virginia parents.

Instead of “emphasizing the development of core skill sets in the early years of high school” as the law requires. VDOE begins its indoctrination in kindergarten and soon in pre-school and child care.

I have recommended to Mr. Lane that he reconsider this direction and define citizenship education in the traditional manner of teaching American citizenship — civics — and avoid the focus on race, other group identities and grievance dogma that teaches the opposite of what we want to achieve — a United States.

The Left is relentless in its quest to dissolve the United States as a nation state.   To accomplish Leftists want absolutely everything viewed — and taught — through a Marxist lens starting in child care.

We need to try to stop it  through citizen action.

Write the Superintendent of Public Instruction at james.lane@doe.virginia.gov. Contact the Board of Education at BOE@doe.virginia.gov and request that Emily Webb, the Director of Board Relations, forward your message to each member of the Board.