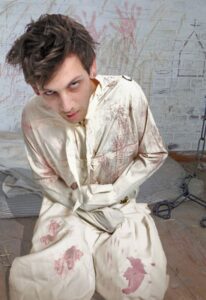 Back during the Great Depression, critics of President Roosevelt’s economic policies equated them with paying unemployed workers to dig holes and fill them back up. As loony as that sounds, it’s better than what government does today. At least the idea of paying people to dig holes honored the age-old connection between work and reward. Now the government just hands out money willy nilly, no effort required.

I felt a full-scale rant coming on when I read this article in the Martinsville Bulletin his morning, which describes how businesses in Martinsville and Henry County in Southside Virginia cannot find find enough workers — this in a community which has long had one of the highest unemployment rates in the state.

Will and Tammy Pearson, owners of two restaurants and a bowling alley, say they are so short-staffed that everyone who does have a job is working overtime. No one is responding to job advertisements. “With the unemployment and stimulus benefits,” says Will, “people don’t want to work.”

The Pearsons’ experience is common across the area.

Government COVID-19 stimulus checks and unemployment benefit add-ons make it more lucrative for many Americans to shun jobs. COVID-related shutdowns of daycare centers and schools also have forced parents, mostly mothers, to stay home to watch after their children.

Pushing policy from the absurd to the clinically insane, Uncle Sam is borrowing billions of dollars to pay people not to work, running up the national debt and accelerating the rush to Boomergeddon, that inevitable day when investors refuse to fund any more government debt that can never be repaid, and the whole intergenerational Ponzi scheme of the U.S. welfare state falls apart.

Unlike the old days when people dug into the dirt with shovels, now they’re playing video games.

Literally. I’m not being hyperbolic.

A recent article in the Federal Reserve Bank of Richmond’s District Digest, “Male Labor Force Participation: Patterns and Trends,” examines the downward trend in male workforce participation — from 80% in 1970 to less than 70% in 2020. The general consensus, writes author Laura Dawson Ullrich, is that multiple factors are responsible for the decline: a shift in U.S. industry structure, a decline in male educational attainment, delayed family formation, the rise of substance abuse — “and heavy use of video games.”

Of those, video game addiction may be the most significant.

Data from the 2019 American Time Use Survey (ATUS) show that men without employment spend just 49 minutes more each day than full-time employed men on “household activities,” and they spend even less time than full-time employed men on “caring for household members. By far the largest difference in time use between working and nonworking men is the amount of time spent on “leisure and sports.” In fact, nonworking males spend over 3.6 more hours per day on these activities than men with full-time employment.

Computer and video game technology isn’t new, but it has improved rapidly over the past two decades. Four researchers have concluded in a recent article in the Journal of Political Economy that technological improvements in video gaming and computing explain part of the drop in men’s working hours. The researchers found, first, that the number of market hours worked by men has fallen most substantially in the 21- to 30-year-old age group. They found that the percentage of men in that age group working zero hours nearly doubled between 2000 and 2016. Perhaps shockingly, they also found that recreational computer time for males ages 21 to 30 between 2004 and 2017 increased by 60 percent. .. They estimated that nearly three-quarters in the decline in hours worked by men in the 21- to 30-year-old age group, relative to older men, can be explained by the technological improvements in video games and computer-based leisure.

The decline in male participation in the workforce is a long-term trend. With government COVID-relief policy subsidizing literally millions of young men to stay at home, the problem can only get worse.

But the self-destructive folly doesn’t end there. We all know that closing in-person schools has caused millions of children to fall behind academically as they try to learn virtually. What the intelligentsia hasn’t grasped yet is that a parallel disaster is unfolding as millions of young adults are staying home playing computer games instead of working, building experience, gaining skills and moving up the occupational ladder.

This is no way to build a stable, prosperous society. This is gibbering, foaming-at-the-mouth, strait-jacketed madness! No country in the world is governed by a ruling class more disconnected from reality.

This entry was posted in Business and Economy, Labor & workforce and tagged James A. Bacon. Bookmark the permalink.