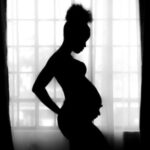 So much to talk about this Monday morning.

So what’ll it be: The furious tabulation of ranked-voting ballots in the Republican nominating process? Elon Musk on Saturday Night Live? Fauci-the-Insane suggesting that seasonal masking might be the way to whip the flu in the future?

Or the continuing bastardization of our language by lefties, who now have set their sights on mothers?

Last week a Democratic congresswoman no one had ever heard of — Rep. Cori Bush of Missouri — deliberately referred to mothers in a speech before congress as “birthing persons.”

Newsweek reported it this way:

On Thursday, Bush drew praise and criticism after she used the term “birthing people” to describe mothers during a speech in Congress.

Later that day, Bush repeated the term in a tweet. “Every day, Black birthing people and our babies die because our doctors don’t believe our pain,” she wrote.

This is almost as offensive as pregnant people another term leftists are trying to shove down our dictionaries, daring us to remind them that only women can become pregnant so they can call us transphobic. (Just as J.K. Rowling found out what happens when one gently mocks the language revisionists.)

Sorry, but there is nothing discriminatory or archaic about the word “mother.” In fact, it is a noun laced with dignity and affection.

You need a uterus to give birth. Last time I checked, only biological women came with that maternal equipment.

This was an especially offensive statement coming as it did on the eve of Mother’s Day. I love Mother’s Day and not just because my greatest joy in life was giving birth to two beautiful babies whom I helped shepherd into adulthood.

My own working mother and my two working grandmothers were strong women who showed me just how deep runs the love of a mother.

As it happens, I spent Mother’s Day with close friends and family in an Airbnb in Onancock on the Eastern Shore.

While we waited for food in a lovely little restaurant on Saturday night, we went around the table and talked about our mothers and what we loved most about them. It was bittersweet for three of us, as we reminisced about our deceased moms, while the younger people talked about us.

It was my favorite part of the weekend.

Someone needs to tell the idiots who are determined to ruin our language by replacing honest, gracious words with dystopian euphemisms that they’ve crossed a line.

We will not stand by as they try to cancel mothers and motherhood.

Besides, some mothers — adoptive and foster — may not have given birth to their children, but they love them just as hard.

Don’t separate us into those who gave birth and who didn’t.

The left may soon find out it’s messing with a fierce group. We’re mothers. We are so much more than our ability to reproduce.