VCEA Could Raise APCo Power Bills by Half 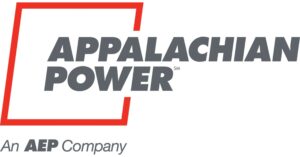 Compliance with the 2020 Virginia Clean Economy Act will result in a 49% increase in monthly costs by 2035 for residential customers of the Appalachian Power Company, according to a State Corporation Commission staff analysis. That’s a $57 increase on a typical 2020 residential bill of $117.

Rates on the largest industrial users are likely to climb 76% in the same period.  In later years additional costs adding to bills are probable, as the company works toward its 2050 mandatory goal of carbon-free electricity generation.

Appalachian serves about 500,000 customer accounts in western Virginia, with most of the generation it uses to serve them located outside Virginia. It is not proposing the same level of investment in new renewable generation as the larger Dominion Energy Virginia, which serves the bulk of Virginia, now focused on its $10 billion offshore wind proposal. Yet the long-term rate impact of VCEA for Appalachian customers is still substantial.

The SCC will hold hearings later this month on Appalachian’s proposed VCEA compliance plan, its second such annual review (the docket is here.)

No additional consumer costs were sought for recovery by Appalachian during the first VECA compliance review last year. If approved, VCEA-related charges will appear on customer bills in new rate adjustment clauses in August of this year. Appalachian projected this year’s bill increase would be about $2.37 per month for a residential customer using 1,000 kilowatt hours.

The power company serves one million customers overall when its West Virginia and Tennessee territory is included. It has closed its last fossil fuel power plant in Virginia, already fulfilling one of the goals of the 2020 legislation. But it maintains coal and gas generation in other parts of its system and expects to keep those plants running until it approaches that 2050 deadline.

This segment of the compliance plan requests approval of four company-owned renewable energy projects (mainly solar) producing up to 409 megawatts and six smaller power purchase agreements (PPAs) with another 144 megawatts. The company will also be using renewable energy certificates (RECs) on its existing facilities as a means of compliance.

Eventually, according to its own news release, “by 2050, the company expects to add 3,400 MW of solar, 2,200 MW of onshore wind, and 400 MW of energy storage to its current portfolio of wind and hydro resources.” The inclusion of onshore wind sets its plan apart from Dominion’s, although the wind projects involved may not be in Virginia (and there is some question whether they are inside the PJM Interconnect region, which is a VCEA requirement).

As happened in the similar review conducted on Dominion’s most recent VCEA planning proposal, Attorney General Jason Miyares is encouraging the SCC to reject two of the company’s proposed projects as too expensive. The same expert witness, Scott Norwood from Austin, Texas, filed the testimony in this case.

Also in parallel with the Dominion proceedings, the actual project costs reported as levelized cost of energy (LCOE) are withheld as proprietary information. In this case, however, Miyares’ staff  made a motion to open up various exhibits that Appalachian had sealed. The LCOE summary and other project financials are among those exhibits.

Without specifics, Norwood does note the company-owned projects are more expensive than the proposed power purchase agreements from third-party generators, and complains the company is underutilizing the option of purchased RECs.

Norwood states that over the early phase of compliance, Appalachian’s plans result in excess capacity:

…the Company currently has enough existing generation to meet its required generation (i.e., PJM capacity requirements) through year 2040. This means that the Company does not have a need to purchase the additional capacity that would be supplied from the new renewable resources proposed in this case. In fact, the Company’s RPS Plan envisions a scenario where APCo exceeds its capacity reserve requirements by almost 5,000 MWs by year 2039.

With about half of its customers outside Virginia, mainly in West Virginia, a big complication for Appalachian is seeking approval from the utility regulators in those other states for these investments and seeking permission to bill all of its customers for them, not just Virginians. Dominion also has out-of-state customers, in North Carolina, but it is a smaller percentage.

Both Norwood and the staff analysis on the bill impact warn this could get sticky. Norwood writes:

….the VCEA permits (Appalachian) to charge Virginia customers the West Virginia jurisdictional share of costs, but must pass 100 percent of the benefits associated with such a facility to Virginia customers. Cost responsibility effectively doubles for Virginia customers if they are asked to pay the typical West Virginia share of a new generation facility. Before the Commission approves cost recovery of a VCEA resource, the Commission should ensure that the Company has a concrete plan that will permit it to pass 100 percent of benefits to the Virginia jurisdiction, if necessary.

That adds uncertainty to the bill analysis above, which is based on the company’s preferred approach to compliance and cost allocation between classes, which many are also objecting to. The Commission will have the final say.