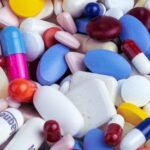 If there’s a special ring in hell for those who prey on children — and I hope there is — there should also be a place reserved for those who hurt the elderly.

Consider the monstrous acts of Janeen Bailey, a 57-year-old LPN with 25 years of nursing experience who stole painkillers from elderly patients in two long-term care facilities and used the drugs to relieve her own discomfort while they writhed helplessly in pain.

According to news reports, Bailey told investigators she believed the patients could cope with their own pain better than she could with hers because she was working and they were not. The nurse allegedly suffered from back pain.

Bailey denied she was an addict.

She pleaded guilty to two counts of tampering with a consumer product.

That’s the most serious charge prosecutors could concoct?

One victim had a leg amputated and Bailey switched that patient’s powerful prescribed painkillers for Extra Strength Tylenol. A headache remedy.

Worse, it appears that some of Bailey’s drug-swapping occurred during the spring of 2020 when most nursing homes restricted visitation, thus family members may not have been aware that their loved ones were needlessly suffering.

According to The Richmond Times-Dispatch, Bailey was sentenced to three years in federal prison on Tuesday, fewer than the maximum of five-plus years called for in federal sentencing guidelines.

The patients in Bailey’s care ranged in age from 63 to 86 and resided in Accordius Health in Emporia and Envoy in Lawrenceville, both of which are long-term healthcare facilities licensed to provide patients prescribed drugs for pain control and other conditions.

According to federal prosecutors, Bailey diverted prescription controlled substances such as Oxycodone, Norco and Percocet from eight elderly patients suffering from serious ailments — including bone cancer, diabetic neuropathy and dementia — and replaced them with common, non-prescription medications such as Tylenol and stool softeners.

The judge in the case, U. S, District Court Judge John A. Gibney Jr., said he wanted to send a message to the medical community by sending this nurse to prison.

“One of the things that bothers me about these cases is the helplessness of the patient,” Gibney said in comments from the bench, according to the TD.

Defense attorneys, who were seeking probation instead of prison time, claimed Bailey was reared by an alcoholic mother and had always had to rely on herself.

As if that excused ANY of this medical horror show.

This entry was posted in Crime , corrections and law enforcement, Health Care. Bookmark the permalink.