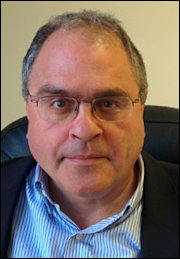 Paul Glastris, editor-in-chief of the Washington Monthly, has long been a critic of the U.S. News & World-Report Best Colleges ranking. Writing in the Washington Post, he offers an analysis that is identical in ways to the indictment of America’s higher-education system we make here in Bacon’s Rebellion.

By focusing on factors like SAT scores, spending per student, alumni giving and surveys of peer institutional leaders, the rankings have long created incentives for college presidents eager for better U.S. News & World-Report scores to raise prices, compete for status and market themselves to the children of the affluent. In this way, U.S. News has been both a driver and a validator of an increasingly elitist and dysfunctional American higher education system. …

We’ve lavished more and more attention and dollars on a small number of highly selective schools that increasingly cater to upper-income families, while the bottom 90 percent of students struggle to pay tuition typically at underfunded public institutions, or, worse, at predatory for-profit schools.

I agree entirely with this critique. Unfortunately, in his zeal to combat elitism, Glastris advances ideas that are potentially pernicious as well. He lauds U.S. News for updating its ranking methodology to favor colleges and universities that “succeed at enrolling and graduating students from low-income families.” Indeed, he argues that U.S. News should give more weight to what he calls “social mobility” metrics, as Washington Monthly does in its own annual college rankings.

Let me be clear: Socio-economic mobility is a good thing. I believe in creating a society that rewards merit and provides opportunity for all. However, I worry that Glastris’s idea can easily go off the rails.

First, a “post-secondary credential” is a very different thing from a “college education.” For hundreds of thousands of Virginians, a post-secondary credential may provide skill sets that open up jobs requiring some technical knowledge such as plumbers, electricians, HVAC repairmen, cable TV installers, and IT help desk workers. It is unquestionably in the public interest to ensure that Virginians have affordable access to community colleges and career colleges (which U.S. News & World-Report does not rank), which provide those highly marketable skills. But we should not leap to the idea that everyone should have a shot at a four-year, residential college education, which is implied by Glastris’ emphasis on applying social-mobility metrics to all colleges and universities, including institutions that cater to the cognitive elite.

Here in Virginia we have a system of higher education, in which different institutions fill different niches. The University of Virginia and College of William & Mary cater to Virginians (as well as a significant number of out-of-state students) who belong to the cognitive elite. Their curricula and academic standards are geared toward students with the strongest verbal and mathematical skills. Other public institutions cater to students with skills and academic backgrounds that aren’t quite as high, and some to students whose skills are considerably lower. While it is praiseworthy for a UVa or W&M to aggressively recruit academically qualified students from lower-income backgrounds and to make sure they can afford the cost of attendance, it would be a misallocation of resources — and, just as importantly, a dis-service to the students — to admit students who lack the wherewithal to compete successfully. Students who struggle at UVa might prosper at, say, George Mason University or Virginia Commonwealth University.

When U.S. News & World-Report gives weight to “social mobility” metrics, it incentivizes that very misallocation. Under social justice logic, the responsibility to provide higher-ed access to lower-income Virginians belongs not to Virginia’s higher-ed institutions as a system, but also to UVa and W&M as individual institutions. But the proper way to foster upward mobility is for all institutions to define their niche, identify the students appropriate to that niche, recruit them, and serve them well — in other words to place students where they will prosper. If you take issue with a system that lavishes resources upon elite institutions, then target the tax breaks for alumni donations and endowments by which elite institutions perpetuate their elite status. (For the record, Glastris does express approval of a provision in the 2017 tax code that taxes large university endowments.)

A second and related concern is that the obsession over lower-income Virginians attending college overlooks the terrible reality of collapsing academic standards in many Virginia public high schools, especially those that serve low-income students, raising the question of whether many grads belong in college at all. Many metrics by which we gauge the performance of Virginia’s high schools are untrustworthy. Social promotion is rampant. Administrators manipulate high school drop-out and graduation rates. More students than ever require remedial schooling in college. Promoting the idea that “every American” needs to pursue higher education just increases the stakes, intensifies these pathologies, encourages kids to attend college when they shouldn’t, and loads drop-outs with student-loan debt they cannot repay.

Yes, it is vital that Virginia provide pathways of upward mobility for all of its citizens. Yes, we should ensure that academically qualified students from lower-income households have the means to attend the best institutions they can gain admittance to. Yes, we should be skeptical of a U.S. News & World-Report ranking system that incentivizes colleges and universities to squander resources in the competition for status. But ranking higher-ed institutions according to “social mobility” metrics just adds another layer of perverse incentives.