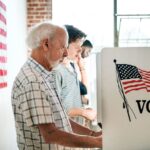 Virginia Republicans in seven of the 100 House of Delegate districts still have House nominees to pick in the June 8 primary. The focus on last Saturday’s unassembled convention for statewide candidates has overshadowed these races.

They will also be overshadowed by the Democratic nomination contests on the same date. But some of these Republican contests are showing signs of being heated, and with strong candidates picked for November could be some of the seats which determine control of the House.

In the three western Virginia contests, Republican incumbents seeking new terms face internal challenges. Three other contests have more than one Republican seeking to challenge an incumbent Democrat. One seat, House District 51 in Prince William, will have no incumbent on the ballot (Democratic Del. Hala Ayala surrendered it to run statewide).

For those of you Republicans or Independents who consider yourselves done voting until November, peruse the list and watch your email or snail mail for signs you are in one of these contested districts. Democrats, you’re all getting pushed to show up anyway by your statewide races.

As official state-run primaries, early voting in person at the registrar’s office or by absentee ballot is already underway in all of these districts. Or show up June 8 and visit in line with your Democrat neighbors. I’ve linked to the Virginia Public Access Project summary on each race.

House District 22, covering parts of Bedford and Campbell counties and Lynchburg, is currently represented by Del. Kathy Byron but Isaiah Knight is seeking the nomination, too.

House District 51 in Prince William County is the fully open seat with no incumbent on the ballot. Republicans Tim Cox and Jeff Dove are seeking that party’s nomination. 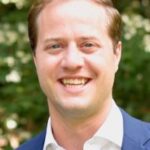 House District 68, which covers parts of Chesterfield and Henrico counties and Richmond City, has a first-time candidate with bit of family history, Mark Earley Jr., son of the former attorney general and state senator. His competitor Mike Dickinson has run before unsuccessfully both for this seat and Richmond City Council.

The Democratic incumbent in the district, Del. Dawn Adams, is also being challenged in a primary. There might be no incumbent in November, when Richmond voters will also be deciding on a casino question to boost the turnout.

House District 72 covers part of Henrico County in one of the more ridiculously-shaped districts. Christopher Holmes and Tom Gardner are competing for a chance to challenge Del. Schuyler Van Valkenburg, swept into office in one of the anti-Trump waves.

Last but probably the best contest, House District 83 is mostly in Virginia Beach with a tiny bit of Norfolk. Incumbent Democratic Del. Nancy Guy won the seat in 2019 with a 27-vote margin over then incumbent Republican Del. Chris Stolle.

But to get a rematch against Guy, Stolle must first get past two other Republicans on June 8: Phil Kazmierczyk and Tim Anderson. Anderson has made a statewide name for himself suing Democrats over issues such as the removal of Confederate icons from the Old House of Delegates Chamber and the Office of Inspector General employee who irritated the Governor’s Office over the Parole Board.

Another Virginia Beach seat, House District 82, has been vacated by Republican Attorney General nominee Jason Miyares. The Republican nominee is being chosen by a convention process, not a primary, and the candidates are Kathy Owens and Anna Ferrell Tata, related by marriage to former Del. Bob Tata who held that seat for decades.

All of the primary races will be decided four weeks from today, but as noted voting is underway now. The party’s statewide candidates might have been chosen on that day, as well, but the other process has produced two positive results:  GOP nominee Glenn Youngkin has four weeks head start on the general election, and has already spent millions on paid media.

This entry was posted in Elections, General Assembly and tagged Stephen D. Haner. Bookmark the permalink.