The Rise of Out-of-State Money 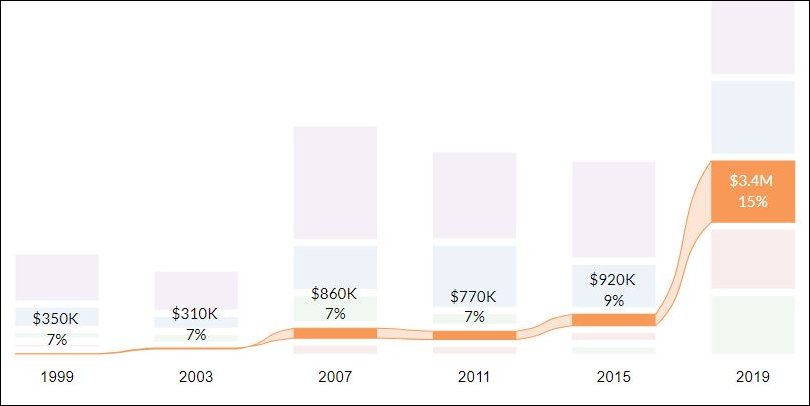 Contributions from Democratic Party out-of-state donors has reached a new peak in Virginia’s 2019 legislative elections — $3.4 million, or 15% of total donations — according to new data visualization graphic published by the Virginia Public Access Project.

A similar trend is visible among Republican donors, though not as pronounced.