The Real Face of White Privilege 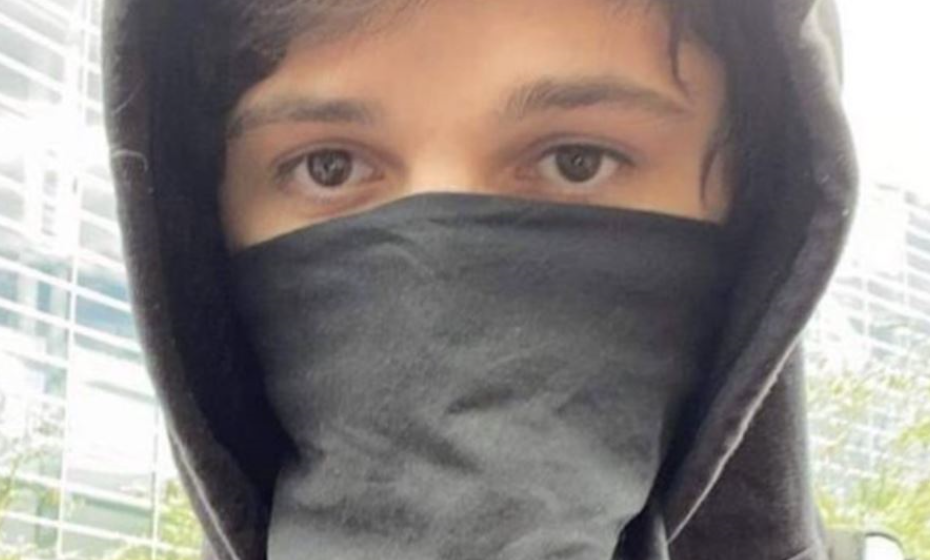 Behold the face of white privilege. Brian J. Bartels, a 20-year-old Amazon employee, was identified as one of the culprits involved in destroying a police car in Pittsburgh during demonstrations there. After police searched his residence and confiscated two guns, six spray-paint cans, gloves, books and other belongings, he turned himself in. There are literally thousands of young people (mostly men) like him around the country, and it is increasingly evident that they have been largely responsible for the outbreak of vandalism and violence in marches around the country protesting the death of George Floyd, including here in Virginia.

Local government officials around the country are waking up to the reality that young men like Bartels constitute a national problem.

“When I talk to mayors across this country, the same thing is happening in city after city,” said Pittsburgh mayor Bill Peduto. “This group are anarchists, and their mission is destruction. To just throw the table over tor the sake of throwing the table over.”

Anarchists played a role in the Richmond riots as well. Said Richmond Police Chief Will Smith in a press conference two days ago: “We have intelligence that we’re working on presently so that we hope to be able to file charges … We have people coming from across the country who have traveled many states to be here. We know that this is an organized effort. We are committed to trying to identify those who are behind it.” 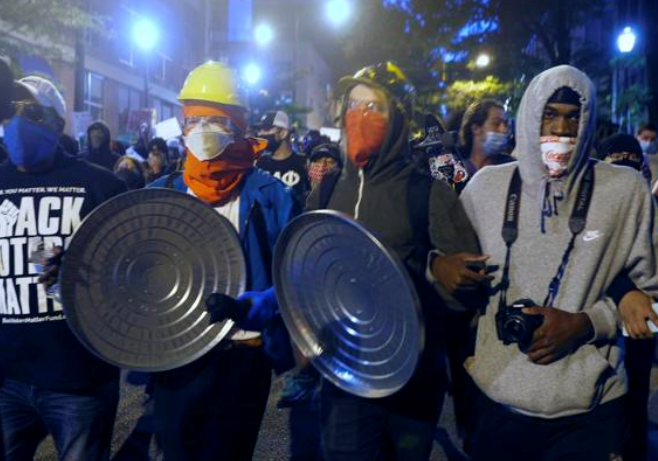 Call this movement Antifa or whatever else you want — the label is not important. What matters is what it is: It is a loosely organized group of anarchists who communicate mainly through social media and are committed to creating mayhem around the country in the name of fighting “fascism.” Their characteristic tactic is using low-level violence — vandalism and street-fighting rather than murder and terrorism — to intimidate people. Their definition of “fascism” is extremely broad. It encompasses almost everyone to the right of center.

So, why do I call this new the face of white privilege? First, because the movement is comprised mainly of white youth. Second, because much of the nation’s political class and national media have been covering for them, downplaying their transgressions and belittling the conservatives who call attention to them. Here in Virginia, the apologetics were most visible in the white-washing of the anti-fascist movement’s participation in the notorious Unite the Right riot in Charlottesville. The contribution of left-wing radicals to the violence that day has largely been expunged from the local and national memory.

And the third reason for describing these anarchists as the beneficiaries of white privilege is that, I suspect, their mommies and daddies have been covering for them, too — making excuses for their behavior if not subsidizing it outright.

At last America’s ruling class is waking up to reality. The anarchists’ vandalism, broken windows, and looting got out of hand, and it threatened to discredit the broader peaceful protest movement with which the ruling class is in sympathy.

The national media has been remarkably incurious about who these youths are and how they became so alienated from society — not surprising, really, when you consider that the national media, while not ignoring them totally, has largely downplayed their existence out of a desire to portray all political violence as emanating from the right.

I’ll hazard some guesses about the anarchist phenomenon. I’ll be the first to confess that I have no first-hand knowledge — I do not count anarchists among my acquaintances, so I am drawing upon highly impressionistic evidence. Consider what follows to be conjecture that I’m willing to modify as more evidence comes in.

Let’s start with the fact that most anarchists are white. Not all, but most. I don’t think that’s up for dispute. Most are college-educated. I don’t know if they have completed their degrees or not, but most received college-level educations. We can conclude thereby that they imbibed the rhetoric of radical, anti-establishment leftism so predominant at many colleges and universities. I would further conjecture that very few of these young men come from poor or struggling family backgrounds. Their mommies and daddies paid for most or all of their educations — schooling which they, for the most part, feel entitled to. I would not be surprised to find that a disproportionate number of these kids come from privileged backgrounds.

There is a cliche among conservatives that many anarchists live a parasitical existence in their parents’ basements. I have no idea how fair that is. I do expect that some still get subsidies from mom and dad. I will hazard a hypothesis that many are under-employed — they are not working at jobs for which they think their educations qualify them. The marginal existence of under-employment likely feeds their sense of the system’s injustice. If we could examine the psychology of these kids, I expect we would find that they shift the blame for their personal problems to others — their parents, the system, whatever — rather than their own life decisions.

Other than the fact that he lives in a nice neighborhood, which would lead one to believe he is not a member of the suffering proletariat, I don’t know Brian Bartel’s life story.

Google Maps view of the 2500 block of College Street in Pittsburgh, where Bartels lives

But if I had a son who did what Bartels is charged with doing, I would tell him, “You’re on your own, Bub. If you enjoy white privilege, it doesn’t come from me. You can raise your own bail money, and you can find your own lawyer. If  you think your life sucks, take charge of it. Get off your ass, stop playing computer games and get to work. The universe doesn’t owe you anything. If you think there is injustice, work to make the world a better place. Vandalizing police cars and smashing store windows does nothing to make the world a better place. I’ve worked diligently to get what I have. You’ve rejected my values and my way of life, so don’t come to me looking for a handout. Until you become a productive, contributing member of society, we’ve got nothing more to say to each other.”