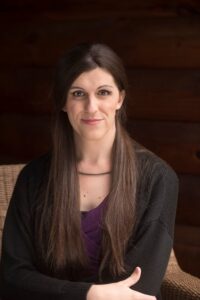 This essay is hereby entered in the Virginia schools division of the bigger game. Ms. Goldstein wrote:

“The American Academy of Pediatrics has a reputation as conservative and cautious, which is what you would expect from an organization devoted to protecting children’s health. But this week, the academy made a splash with advice about reopening schools that appears to be somewhat at odds with what administrators are hearing from some federal and state health officials.”

“The Centers for Disease Control and Prevention, for example, have advised that remote learning is the safest option. But the (American Academy of Pediatrics) guidelines strongly recommend that students be “physically present in school” as much as possible, and emphasize that there are major health, social and educational risks to keeping children at home.”

Later, there was a government-directed shotgun wedding of the two opinions, but the core AAP recommendation remains. So like every other argument, confirmation bias proved determinative in how various interests chose their “experts.”

The CDC opinion was focused on adults for the simple reason that CDC did not think it had enough data to base its opinion of the vulnerability of children. Because it is a disease control and prevention agency only, that was all it was chartered to report on. It was not charged to think of the broader, non-disease public health effects of its edicts on anyone, and it is expected to stay in its lane.

The CDC recommendation was immediately trumpeted by teachers unions and, thus, became dogma in the Democratic party, which thinks it cannot win without them.

The pediatricians’ opinion was focused on the needs of the children and their overall health. It was favored overwhelmingly by parents of school children. Yet it was adopted only in safe Republican districts and by private, especially Catholic, schools in states that did not block them from opening.

In the political calculations of progressives, school children cannot vote and by the time they can, the schools will have turned them into progressive activists.

Thus the left, driven by the teachers unions and the option they thought would make the voting population the most unhappy before the national election, attached themselves to the CDC opinion In Virginia, like in other states, anti-Trump and pro-union left-dominated school boards shut the schools.

The most conflicted school boards, which was most of them, chose a Solomonic solution – two days in school, three days out but only under limited circumstances – which was calculated to please (or slightly and equally displease) both sides. It turned out to be hated by both sides, especially the teachers.

Those same school boards then whipsawed back and forth almost weekly. What could go wrong did.

A few Virginia rural public school districts and its Catholic schools opened and have stayed open. The left cannot even stand disobedience by those they can’t control.

“We don’t want to see anyone get sick. One child sick is too many.”

Good to know. Talk to the pediatricians.

I have seen a couple of stories about how the Catholic schools are doing. For example Bishop O’Connell in Arlington County closed for two weeks going into the Thanksgiving holiday after an off-campus party produced infected students. The school is re-opening Tuesday.

The story noted in the last sentence:

Arlington public schools, meanwhile, will remain virtual for most students through the end of the year.

Catholic school policy is to close when necessary but the default position is open. The overwhelming success of the program statewide is unreported. Meanwhile, public schools are in utter chaos.

Unfortunately, those same political forces, minus only the imperative of driving President Trump out of office, are still in play. School board members all over the state are seeking protection from enraged constituents.

Virginia Republicans are going to run on this Democratic fiasco, and it will change a lot of anti-Trump votes in the November election to pro-Republican votes in the 2021 state elections.

The children won’t care about the political outcomes one way or the other. They just want to go back to school.

This entry was posted in Children and families, Culture wars, Education (K-12), Uncategorized and tagged James Sherlock. Bookmark the permalink.