The Left Is Lying: CRT Is Peddling Hate in Our Schools 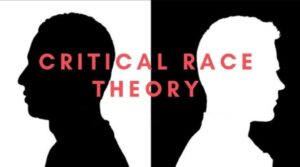 After claiming endlessly that Critical Race Theory (CRT) does not exist, or that it is not being ‘taught’ in schools, the two largest teachers’ unions – the National Education Association and the American Federation of Teachers, funded with teachers’ dues, – finally admitted they support it. In fact, AFT is so committed to CRT that the union announced a multi-million dollar legal fund to protect those who teach it to students.

In doing so, the unions confirmed, despite all the protestations otherwise, what parents already know: Critical Race Theory has been embedded into compulsory professional training for teachers and classroom practices across the country.

The NEA recently resolved to “oppose attempts to ban critical race theory and/or The 1619 Project.” Not to be outdone, the AFT headlined chief CRT advocate, Ibram X. Kendi, and hosted curated sessions, such as “Racial Diversity and White Culture: Using Picture Books for Anti-Racist Teaching”, and “Race, Racism and History: We Need to Talk.”

These unions are not alone, as 5,000 teachers pledged to continue teaching CRT this year. They not only know that CRT is in the schools, they embrace it. In fact, they have participated in purging and rewriting curriculum for years.

The Zinn Education Projection, to which the 5,000 teachers belong, has long embraced critical race theory ideologues like Nikole Hannah-Jones, as well as Kendi, who claims: “there is no such thing as a nonracist or race-neutral policy.” Both claim that any policy which results in an unequal outcome is racist.

Radicals like these require early adopters to carry their narrative. Lucky for them, the Fairfax County Public Schools (FCPS) Board and their Superintendent, Dr. Scott Brabrand, support their theories in Virginia. Their actions, like the $44,000 payday to Kendi for a one-hour presentation and a cache of his books, make Fairfax’s advance of social-justice ideology a bellwether county for the nation.

Whistleblowers in Fairfax County have asked “Why are we peddling hate?” Leaked documents reveal ‘diversity’ training which FCPS teachers and employees are required to navigate, including the central ‘Equity and Culturally Responsive Toolkit’. The Toolkit defines ‘equality’ as “Equal treatment, or inputs, in the name of fairness, involves treating all people alike without acknowledging differences in age, gender, language, or ability.”

While that definition is fulsome and reasonable, the language continues: “Though considered by some to be fair, it is in fact culturally blind and often results in very unfair and unequal outcomes.”

FCPS then defines ‘equity’: “This is the outcome of practices that result in the same outcomes for members of a group. Equitable programs may make accommodations for differences so that the outcomes are the same for all individuals.”

CRT hustlers are not, however, present solely in Virginia. A Portland-area middle school teacher admitted that the NEA was working to rid the district of any teachers who weren’t declared “antiracists.” Oregon educators also promote “ethnomathematics” by focusing on “Dismantling Racism in Mathematics Instruction.”

In neighboring Washington state, embedding CRT starts further up the ladder. Documents obtained from a whistleblower reveal the State Board of Education has contracted with Washington Ethnic Studies Now (WESN) for their own professional development on “foundational theories and practices of Ethnic Studies, including Critical Race Theory…” For supposedly not ‘teaching’ CRT, educators are implementing plenty of CRT in their professional development programs.

Similarly, CRT-driven monies and training required employees to read and study Kendi’s book “How to be Anti-Racist” in Decatur, Georgia. The assignment accompanied a required two-day training period, during which teachers completed a “white privilege” survey and were separated based on their race. In the Charlotte-Mecklenburg, North Carolina school district, teachers were compelled to take mandatory training courses on “Race, Bias, Power, and Equity.”

When state boards of education, school boards, and unions in every corner of the country collaborate on messaging and compel the funding and professional development, then the equity gig – de facto ‘teaching’ CRT – is slated to be big business. Until more of the growing chorus of parents, teachers, and state legislatures step forward and speak up to stop the segregation, race-shaming, racializing, and identity politics, these radical policies will continue infecting our children’s education.

Elizabeth L. Schultz served as an official in the U.S. Department of Education, was twice-elected to the Fairfax County School Board, and is an education and public policy expert with more than 25 years of experience in asset management, information technology, and global and K-12 education. This column has been republished with permission from The Daily Wire.