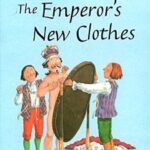 In a polite but clear “the emperor has no clothes” message, a member of the State Corporation Commission has questioned the need to impose a carbon tax to cut carbon emissions from electric generation by 30%, when the General Assembly has passed another law requiring a 100% reduction with no tax.

Judge Judith Jagdmann concurred with, but added her own comments to, an SCC opinion issued Wednesday that authorized another additional charge on Dominion Energy Virginia bills to cover the carbon credits demanded by the Regional Greenhouse Gas Initiative (RGGI).  A party-line vote in 2020 brought Virginia into that compact, and electricity generators have been buying carbon credits already for their coal and natural gas usage.

Effective September 1, Dominion will add a charge of $2.39 per month for every 1,000 kWh of electricity used by every customer in its territory. Most customers use more than 1,000 kWh per month, so for many homeowners it will add $30 or more annually. The usage tax is the same for all customer classes. For commercial and industrial customers with lower base rates usually, this is a major cost increase.

Membership in the RGGI interstate compact was ordered by the 2020 Virginia Clean Economy Act (VCEA) which also imposed annual targets for fossil fuel use reduction far more aggressive than RGGI has. The word Jagdmann uses in her comments to describe having both is “duplications.” She writes:

The VCEA plainly states that the RPS program requirements for Dominion shall be 100% by 2045. Thus, it remains unclear whether the significant cost required for participation in an additional cap-and-trade program — which is expected to cost customers billions of dollars — are necessary for Dominion’s and Appalachian’s ratepayers to bear in order to achieve the General Assembly’s carbon reduction objectives.

Since RGGI is not about reducing future carbon emissions from electric power plants, what is it about? Money. Raising money for various pet legislative goals. Jagdmann notes that the case record indicates about $3 billion will be charged to Virginians for RGGI carbon credits by 2045. This new charge on Dominion bills will raise about $168 million per year, but Dominion is not the only (just the largest) purchaser of RGGI credits used in Virginia plants.

Appalachian Power Company customers will eventually see some carbon tax costs work their way into their costs, and various merchant generators also need to buy carbon credits to make electricity with coal or natural gas. One way or another, these costs flow to the ultimate consumers.

The June 2021 RGGI auction price was just under $8 a ton, for example, not $6.84. In two auctions Virginia firms have paid $89 million for CO2 allowances, with four auctions per year. The state keeps the money.

Once this revenue stream is created, and all the various state governments bake it into their annual budget, what incentive will they have to let the annual collections drop? A story posted on Bacon’s Rebellion earlier Wednesday linked to an article describing what Virginia will be doing with most of its RGGI cash.

“While there tends to be much discussion of the revenues RGGI “generates” for various programs, RGGI does not create this money,” former Attorney General Jagdmann notes in her commentary.

She goes on in her comments to list all of the ways compliance with the Virginia Clean Economy Act will be adding cost to consumer bills on top of this RGGI tax, including a $45 per megawatt penalty if the utility falls short of the aggressive timetable. Can that also be passed on to customers?

Just last week, the SCC approved another electric bill charge growing out of that 2020 legislation, reported only on Bacon’s Rebellion so far:  The new Percentage of Income Payment Program. This will eventually grow larger on both Dominion and Appalachian Power bills.

In sharing news of today’s opinion, SCC spokesman Ken Schrad noted these are just two of the various rate elements collected by individual charges (“riders”) being considered or adjusted this calendar year. Dominion’s fuel factor went up a bit in July, and its T1 Rider for transmission costs is expected to go down.

“The cumulative effect of 13 different rider adjustments (up and down) through December 1 of this year is expected to result in a $4.84 adjustment to the typical monthly residential bill on and after December 1,” Schrad wrote in an email to Bacon’s Rebellion. Rider RGGI accounts for about half of that overall increase.

The most expensive element of VCEA compliance, the largest offshore wind project planned anywhere in this hemisphere, is just starting its run for SCC approval.