The End of One-Man-Rule in Richmond 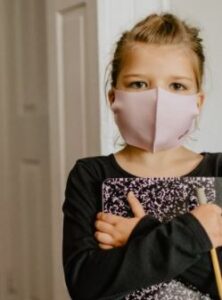 I can’t believe this needs to be said, but Governor-elect Glenn Youngkin, in announcing that he will abolish state-wide mask and vaccine mandates but allow private schools and school boards to decide if they want to continue with masking, is KEEPING promises.

Let me remind the sore-loser Democrats and far-right Republicans who are trolling Youngkin on social media that many of us voted to end to one-man rule in Richmond.

We don’t want a dictatorship of the left or the right.

We were appalled by Ralph Northam’s eagerness to crush civil liberties and substitute his judgement — flawed as it’s always been, remember that blackface episode? — for that of local government. He closed our beaches to “sitting” for months, ordered us home by midnight because his parents always told him “nothing good happens after midnight,” and demanded that school districts like Chesapeake and the Diocese of Richmond mask students, even though they’d voted to make masks optional.

During the campaign, Glenn Youngkin emerged as a refreshing Virginia breeze, promising an end to state mandates, lockdowns and unconstitutional orders that made no sense and did nothing to stop the relentless spread of COVID-19.

Youngkin said that after January 15, 2022, Virginia would be open for business. And with his victory you could almost hear a commonwealth-wide sigh of relief from small business owners, reassured that they could continue to keep their restaurants, fitness centers and hair salons open without fear that the governor would snap his fingers and order them closed if infection rates rose.

He vowed to lift state vaccine mandates so Virginians wouldn’t have to chose between a job and a jab.

In other words, Youngkin seems to trust Virginians to take care of themselves and make their own choices based on risk assessment. He’s vaxxed. He thinks you should be too. But it’s your decision.

Youngkin has said he plans to scrap Virginia’s vaccine mandates for state workers. And he intends to terminate Virginia’s mandatory mask order for all schools. In an interview this week, Youngkin said he intends to leave decisions on masks in schools to local school officials, although he’s expected to urge schools to make masks optional.

This created a firestorm of criticism from those on the right accusing Youngkin of being a RINO. They want him to issue an executive order forbidding schools from mandating masks.

If Youngkin were to do that, he’d be guilty of doing what Northam did: usurping the independence of school boards, which are elected by the people.

And he’d waste months in court, as the governors of Florida and Texas did, fighting local school districts demanding that they make their own rules.

Last spring, before Northam meddled, many school districts voted to make masks optional. But Northam stepped in and said, “Thou shalt require masks of all students and school employees.”

The shortage of teachers and substitutes across Virginia may be partially due to Northam’s edict forcing them to wear masks for six to eight hours a day.

Sore losers on the Left are trolling Youngkin voters, saying they were lied to by the GOP candidate.

Just stop with the “Youngkin lied” idiocy. Many of us voted for Glenn Youngkin to end one-man rule from Richmond and to finally have someone in the Governor’s Mansion who respects both the U.S. and Virginia Constitutions.

I’m sorry for students and teachers stuck in schools where the masks will likely remain in place after January 15. Parental pressure may get school officials to relent. Plus, there may be other tools in Youngkin’s toolbox to get schools to relent on this form of child abuse. Stay tuned.

There’s a valuable lesson here on the importance of school board elections.

Vote for better boards if the majority on yours are maskholes.