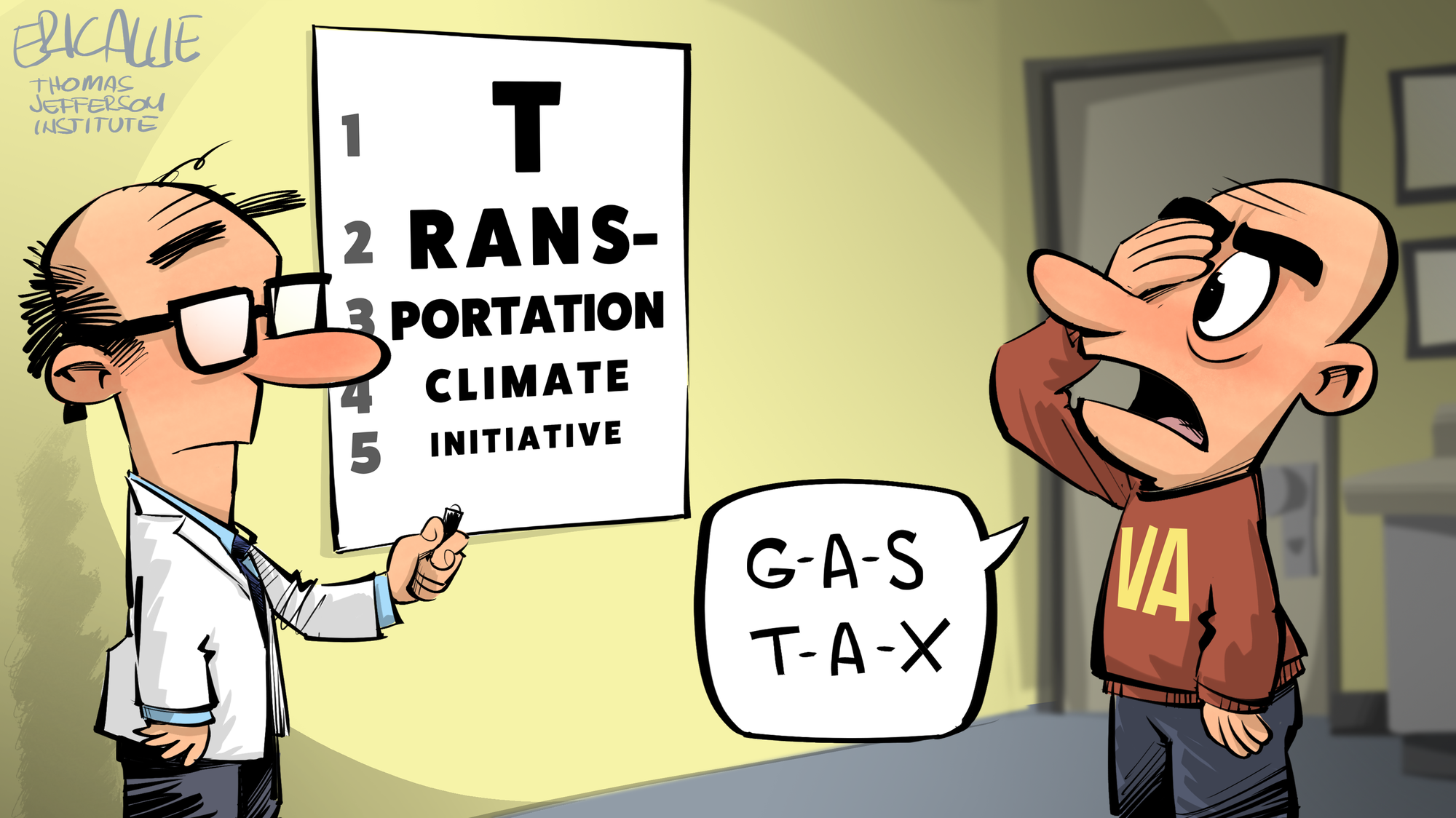 The drumbeat against it in Virginia started softly with this article on Bacon’s Rebellion in March of 2019, and I’ve written about it often here and for the Thomas Jefferson Institute. Those stories, and some polling, legal and economic analysis published by the Jefferson Institute, successfully tagged TCI for what it was: a big fuel tax increase coupled with a government-mandated rationing scheme.

The Republican flip of Virginia’s statehouse three weeks ago had to be a final signal to the small group of TCI diehards that they would move forward alone.

Jefferson Institute was just one of several free market, state-based policy groups challenging the TCI idea in their own states, coordinated by a coalition led by the Massachusetts Fiscal Alliance. That group brilliantly petitioned for a state ballot referendum on the issue in 2022. If the Left sees a vast right-wing conspiracy, it is organized and funded in exactly the same manner as various liberal advocacy groups, with TCI only one of its targets.

As to the TCI idea itself, the headline goal was to encourage electric vehicles, where the carrot of incentives and consumer demand is proving far more effective than the stick of government taxes and rationing. Electric cars are cool (if expensive). The modest 30% reduction in fuel-based CO2 emissions TCI sought is likely to materialize without TCI, and the Climate Catastrophe Lobby has moved on to far more aggressive goals anyway.

As with the Regional Greenhouse Gas Initiative, a similar top-down government strongarm on electric power generation, the real goal was obviously the tax revenue. The rumor is that by next year, the RGGI carbon allowance costs will climb toward $300 million per year, and that tax now applied on Dominion Energy Virginia bills will jump. It will be examined again by the 2022 General Assembly, so we’ll see.

In lieu of flowers to mourn the passing of TCI, please consider a contribution to the Jefferson Institute. Its value was just demonstrated again, and well. The underlying struggle over the energy that fuels your daily life is still underway.