Wake Up Call for Higher Ed 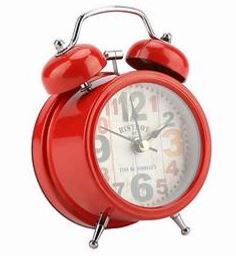 How does a college or university stand out from the crowd these days and establish a competitive advantage in the higher-ed marketplace?

One way is to focus on the U.S. News & World-Report annual “Best Colleges” rankings and manipulate metrics such as graduation rates, faculty compensation, student selectivity, alumni giving and (in a recent addition to its ranking methodology) admission rates of poor kids — essentially doubling down on all the things that higher-ed institutions are focused on already. Years of sustained effort might help an institution climb one or two rungs higher the ladder.

But there’s another way: going against the lemming horde and emphasizing the one thing no one else is:  intellectual diversity and the vibrant debate of ideas.

The great thing about the anti-lemming strategy is that it doesn’t require vast financial resources. It just requires doing things differently, mainly supporting free speech and free expression, and hiring faculty who reflect a wider range of viewpoints and philosophies. Campuses that experience an exhilarating exchange of ideas may not prove popular to everyone — there will always be some people who select colleges based on perceived prestige — but they will appeal to the brightest and most intellectually curious faculty and students.
As many alumni, parents, students and even faculties rebel against increasing intellectual conformity in higher-ed, there are signs of change. As Edward Yingling and Stuart Taylor Jr., write in RealClear Politics, “It is now clear that leaders of some colleges and universities are realizing that taking strong, affirmative stances on free speech and academic freedom can be an advantage in the competition for the best faculty and students.”

“Many professors will want to be part of a school where they can say and teach what they think, where they can undertake research on any topic, and where they can publish what they believe to be true without fear of being canceled,” write Yingling and Taylor, co-founders of Princetonians for Free Speech and board members of the Alumni Free Speech Alliance (an organization to which The Jefferson Council, with which I am affiliated, belongs).

Yingling and Taylor quote from a letter from Larry Stimpert, president of Hampden-Sydney College, to the college community: “Actively sharing the widest possible range of views … is essential to intellectual development and learning.”

Stimpert’s letter is worth quoting at additional length (I will re-post the entire letter in a separate post):

Indoctrination, cancel culture, self-censoring, or anything that limits the widest possible intellectual exploration has no place on our campus, or any college or university campus. … One of the most important goals of our educational program is to encourage greater engagement with, understanding of, and empathy for people whose ideas and perspectives are different from our own. This is why our graduates are well prepared to serve and lead in a diverse and complex world. To that end, we strive—just as every educational institution should—to be an environment that promotes and encourages the thoughtful and respectful exchange of ideas.

Another sign of change, say Yingling and Taylor, is the recent announcement of the formation of the University of Austin, based on the core principles of freedom of inquiry, freedom of conscience, and civil discourse.

Decreasing enrollments in coming years will pose a threat to many colleges and universities. Schools’ reputations for free speech and academic freedom, the authors suggest, could become a critical differentiator — especially for institutions not blessed with elite brands and massive endowments.

A reckoning may be coming even for elite institutions. “As the diversity of viewpoints in their student bodies shrinks — and gives way to the kind of groupthink that is already pronounced in their faculties — those students who want to be independent thinkers may increasingly find these schools unappealing. Such students will understand that an institution that does not welcome and nurture free thought is not a university at all.”

An anti-lemming strategy for Virginia. Governor-elect Glenn Youngkin has the opportunity to make Virginia a national trail-blazer in higher ed. Virginia’s public universities are fast becoming intellectual mono-cultures in which “diversity statements” are required as a condition of employment and college deans are systematically replacing the older generation of conservative and liberal faculty members with a new generation of social-justice warriors. If Youngkin can reverse these destructive trends, he can re-build Virginia’s reputation as having the best higher-ed system in the country — a higher-ed system that values diversity of thought, vigorous debate and tolerance for a wide range of views.

To do that, he will have to  reshape the boards of visitors of every Virginia university with members who are passionately committed to those values. No more handing out board seats to wealthy campaign donors. No more accepting board members willing to go along to get along.

Two hundred and fifty years ago, Virginians from Thomas Jefferson to James Madison were the intellectual lights of the world. Leftist conformity in our institutions of higher learning has dimmed the candles. Youngkin can stand out in history as the man who relit the flames.