Substandard Schooling for All! 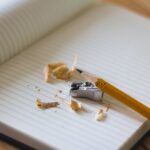 File this under “You just can’t win.”

Parents of Fairfax County school children have had enough. For decades these folks were accustomed to excellence in public education. They proudly sat atop the Virginia educational heap. Shoot, Fairfax is home to Thomas Jefferson High School, widely considered the best public high school in the country:

“Thomas Jefferson High School for Science and Technology is a Fairfax County public magnet school so competitive that its 17-percent acceptance rate is identical to Georgetown University’s. Since 2008, Newsweek and U.S. News & World Report have both ranked it the number-one high school in the country three times,” according to Washingtonian Magazine.

So, imagine parents’ chagrin when they found that the county was completely unprepared for distance learning when the governor ordered the schools closed last spring. Fairfax County’s experiment in virtual education was a complete disaster.

This is not what families in one of Virginia’s wealthiest counties expect or will tolerate.

To make matters worse, militant teachers groups in Northern Virginia — including a bona fide union, the Fairfax County Federation of Teachers — made their opposition to in-person learning abundantly clear earlier this summer.

“Virtual Until Vaccine” became their mantra. The teachers say they don’t want to go back to the classroom until COVID-19 is gone. The superintendent stopped short of that level of nuttiness — barely — but he’s declared that school will be 100% online for at least the first quarter.

That left parents fretting about how to do their own jobs while essentially homeschooling their kids.

So, some clever moms and dads joined with other families to form “Pandemic Pods.”

These are small groups of kids who will quarantine together with a few others to be privately tutored to augment whatever thin gruel the county serves up this fall as virtual learning. The parents will pool their money to pay the tutor, who may or may not be an actual Fairfax County teacher. Teachers there are allowed to moonlight. (Apparently teaching in private little pods for cash is not nearly as scary as entering an actual classroom.)

Are these parents being applauded for taking extraordinary measures to make sure their kids actually learn something this year?

In fact, Fairfax County brass issued a stern memo to parents admitting that although they can’t outlaw Pandemic Pods — you get the feeling they wish they could — they may not hire their child’s actual teacher as a tutor. And they warned these pod parents that no effort would be made to put their podsters into the same virtual class this year.

Oh, and there’s this:

While FCPS doesn’t and can’t control these private tutoring groups, we do have concerns that they may widen the gap in educational access and equity for all students. Many parents cannot afford private instruction. Many working families can’t provide transportation to and from a tutoring pod, even if they could afford to pay for the service.

Ah, equity. That was the reason given in Virginia Beach last spring for the brilliant no-grades policy that resulted in kids checking out completely and embarking on a six-month rumspringa.

Looks like the people charged with educating the children of Fairfax County would rather every child receive a deficient education than have some kids get ahead.

Perhaps the Fairfax County school motto ought to be “Substandard schooling for all!”

I hesitate to point this out, but life isn’t fair and neither is education.

There will always be parents who make sure their kids do better than their peers. They buy books rather than junk food, for instance. They read to their children at night, instead of turning on the TV. They pay for tutors to help a child struggling in a particular subject or put them in summer enrichment programs. They take their kids to museums instead of amusement parks.

Equity fanatics haven’t figured out a way to stop all of that out-of-school education. But they know they really don’t like these Pandemic Pods.

Well, there’s one way to get rid of them: Reopen the schools.

52 responses to “Substandard Schooling for All!”