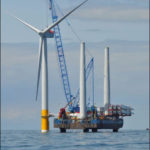 In the first ten years, Governor Ralph Northam’s signature zero carbon electricity legislation will add almost 20%, about $280 per year, to typical Dominion Energy Virginia residential bills. That was the low-ball estimate Sunday from a State Corporation Commission expert who quickly discovered that shooting the messenger is the normal General Assembly response to bad news.

Senate Commerce and Labor Committee Chairman Richard Saslaw, D-Fairfax, visibly scoffed as Kim Pate, the SCC’s director of utility accounting and finance, explained the SCC had no position on Senate Bill 851. She was there to talk about the likely consumer cost, just as she had earlier Sunday on other bills dealing with Dominion Energy Virginia’s massive offshore wind proposal. The last time this was in committee, no legislator even asked about cost.

“You can’t do this stuff for free. Everybody says we have a climate problem,” Saslaw complained at one point. During the earlier discussion on separate offshore wind legislation, which is replicated in the omnibus bill, he accused the SCC of hostility toward environmental progress. “Everybody wants renewables, but you don’t want anybody to pay for it.”

At least twice during the meeting, a visibly angry Saslaw repeated his favorite story about how the SCC blocked his first attempt to allow Dominion to bury tens of thousands of existing residential tap lines underground. The SCC balked at the cost, and a subsequent bill made it a direct order. “You told us that was going to cost $5 to $6 a month on customer bills,” he complained. It is on track to do that, Pate quietly answered. (Bacon’s Rebellion has previously discussed Rider U which currently adds $1.40 per 1,000 kilowatt hours to every Dominion residential bill.)

Sen. Scott Surovell, also a Fairfax Democrat, complained that Pate’s estimate didn’t include the cost of all the cancers and asthma cases resulting from carbon dioxide, or the cost to the economy when Norfolk sinks below rising seas.  No, Pate responded, the SCC is only equipped to measure the utility costs and rate impacts.  A more valid pushback came from Senator John Bell, D-Loudoun, who noted the SCC sheet did not subtract any fuel cost savings from such a massive switch to wind and solar.

Pate’s information, and criticism of the bill from the Office of the Attorney General and other opponents, failed to slow its passage on a 12-3 party line vote.  As amended Sunday, it is nearly identical to the version of House Bill 1526 approved Thursday night in committee and now pending on the House floor.  A few more tweaks were made with line amendments Sunday, and the same changes will likely be added to the House bill tomorrow.

“This will be a work in progress all the way to the Governor’s signature,” Saslaw predicted.

About half of the cost impact, the SCC expects, will come from the construction and financing costs of 2,600 megawatts of offshore wind off Virginia Beach, with the largest share of the rest from building solar generation up to 16,100 megawatts. Membership in the Regional Greenhouse Gas Initiative and the construction of new energy storage facilities will add another $2.50 or more per month by 2030.

The $23, 20% rate impact is the low end of a range she showed the committee with a handout. The high end on the elements she estimated was $31 per month, over $370 per year and a 25% overall increase to residential ratepayers by 2030.

That is just a start. The handout shows several additional elements of this proposal – major elements such as a new subsidy for low income customers — where the SCC did not estimate a dollar impact, but merely indicated whether they would raise or lower costs. The only utility cost marked as clearly going down was tax revenues to local governments. One probable reason, though she didn’t mention it, is that solar developments are granted major breaks from local property taxes which fossil fuel plants must pay. The wind farm miles offshore won’t pay any local taxes.

The revised offshore wind section must still be considered a mandate on the SCC to approve that $8 billion project. Meade Browder, senior assistant attorney general in the consumer advocacy division, said it has been improved over the introduced version. But if it meets certain conditions, Dominion’s costs to build and connect the offshore turbines are pre-approved as “reasonable and prudent.”

The bill is sprinkled with examples of new activities or expenses designated as “in the public interest” or accompanied by other wording intended to tie the hands of the State Corporation Commission. Just how completely this bill remakes Virginia’s energy economy still begs a more detailed post down the line.

Brett Vassey, president of the Virginia Manufacturers Association, complained about the coming impact on industrial rates. There are several things in the bill that impose costs on large industrial customers that were previously subject to exemptions or limits. Even industrial customers who have moved to energy suppliers other than Dominion must pay a surcharge for the offshore wind, for example.

A spokesman for the data center industry had a similar complaint. Several of them have made direct deals with Dominion or others for zero-carbon electricity, but this bill could pile additional costs on them.

But it was an environmental critic who broke the code on these bills, saying they “stink to high heaven” and decrying them as creating “a rigged system, one that is helpful to the utilities.” Jorge Aguilar, of Food and Water Watch, repeated some of the same points they had made in a statement after the House version passed committee:

“It’s become clear throughout the session that Governor Northam and his leadership have designed an industry-friendly energy package riddled with giveaways to the oil, gas, and monopolistic utilities, and moving Virginia to 100% renewable energy only on their timeframe.”