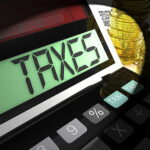 Beginning August 1 of next year, Dominion Energy Virginia proposes to begin to collect the Regional Greenhouse Gas Initiative carbon tax from its customers, collecting $168 million during the first year through yet another of those proliferating rate adjustment clauses (or “RACs”).

It will get it by charging a flat $.002388 per kilowatt hour, or $2.39 on every 1,000 kWh. The same charge will be imposed on residential, business, industrial and even non-profit customers. The full case file is here.

Is the universal flat rate a break for residential customers or a break for the largest users? Usually, there are complicated differences in their tariffs. Look for example at the RAC charge for other environmental projects at the utility, Rider E. Residential customers pay $1.68 per 1,000 kWh for that, while large industrial accounts pay from $1.25 (GS-1) down to around 70 cents (Schedule 10).

Or is the flat amount a boon to those large customers? The RGGI tax is imposed on fossil fuel used by Dominion and other electricity generators. They need to buy an allowance from a regional auction for every ton of CO2 they propose to emit through burning coal or natural gas. The allowance charge could very easily have been deemed a fuel cost and collected instead through the separate fuel charge on every bill.

As a rule of thumb, the largest users see a larger portion of their bills driven by those fuel costs. It was one of the things I paid attention to when representing a major industrial customer in these matters, but I was never the smart person doing the hard math on these calculations. I just knew that industrials preferred to avoid allocating costs through the fuel factor.

Dominion likes to base residential cost projections on some mythical 1,000 kWh per month customer average, but many homes use far more, of course. Assuming the 12,000 kWh per year, however, the initial annual RGGI cost will be $28.68.  Many residential customers will pay substantially more.

No big deal? Remember, this is but one minor element of last year’s Virginia Clean Economy Act, which the SCC staff has estimated will contribute to about 50% higher electricity costs over the next decade – perhaps $700 to $800 per year. We frogs are just now starting to notice the pot getting warm. It will soon be bubbling.

In its filed testimony a Dominion witness merely states without back-up that such a flat charge based on energy used is “reasonable.”

The State Corporation Commission case to set this proposed rate adjustment clause is just getting underway. Perhaps the SCC staff or the Office of Attorney General will address the question of a universal fee versus a different allocation method. There is no entity solely charged with or standing up to look out directly for the residential customers in these cases.

Of course, keeping the RGGI tax separate and out of the fuel charge mélange means we can track it easily, and there will be a review every year or so to exactly balance the revenue with the actual cost. Another new charge on your bills mandated by the 2020 VCEA involves payment subsidies for low income customers, and in that case the legislature insisted it be passed on as a flat rate to all customer classes.

Another carbon tax will be considered by the 2021 General Assembly, this one a similar regional cap and tax scheme for gasoline and diesel fuel. It won’t be so easy to go on a website and see how much cost the Transportation and Climate Initiative is adding to your tank of gas in a few years. TCI is also expected to start with much higher allowance costs (tax) per ton of CO2 emitted.

The RGGI system sets a limit for carbon emissions from power plants by state, and Virginia’s limit for 2021 is 27.1 million short tons. The limit shrinks approximately 3% per year, or 30% over ten years, to 19.6 million short tons.  The allowances are created each year and owned by the states, which then offer them for sale to any bidder in quarterly auctions.

Dominion also reports it will need 27 million allowances after 2022, basically Virginia’s entire supply. With few power plants in Virginia, this is not a big issue for Appalachian Power Company, but merchant generators burning fossil fuel for electricity or industrial uses will also be competing in the markets.

Sorry, did you think that imposing RGGI meant the CO2 would go away? No.  And perhaps we begin to see why Dominion was all in on this approach, with the smaller, independent generators who also feed power into the grid far more worried this might squeeze them out.