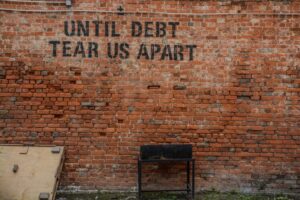 We only have ourselves to blame. Baby Boomers, that is.

We were the progeny of the Greatest Generation, but growing up in their houses, with their rigid rules and endless chores, our folks didn’t seem like the greatest.

They seemed heartless when they sided with teachers over us and when they doled out corporal punishment for lackluster report cards.

So, when we had our own kids, we coddled them in ways our tough-love parents never imagined.

The every-player-gets-a-trophy culture was created because my generation couldn’t stand to see our dejected kids stand empty-handed at the end of the sports season while the gifted athletes took home all the hardware.

Our parents told us to try harder if we wanted to win. We told our kids that winning didn’t matter.

Our parents were children of the Great Depression. They were leery of debt and credit cards. They warned us against buying things we couldn’t afford, be it houses, cars or shoes.

They taught us that our word was our bond. That when you borrowed money you had to pay it back.

Looks like those are lessons we also forgot to pass on to our children.

And now young adults who are saddled with student debt — 45 million of them signed documents promising to pay the loot back with interest — want the government to bail them out.

Seems we forgot to teach them who the government is, too.

It’s us. The taxpayers. The people who paid off our own student loans, or who managed to get through college without borrowing by joining the military or ROTC or working multiple jobs. Oh, and it’s the vast majority of Americans without a college education.

Why should America’s waiters, plumbers and laborers pay off the student loans of doctors, lawyers and MBAs?

Naturally, these profligate borrowers have friends on the far left.

Senators Chuck Schumer and Elizabeth Warren want Joe Biden to cancel federal students loans up to $50,000 for each borrower by executive order on his first day in office. That would cost taxpayers $1 trillion and would probably be illegal.

Biden wants Congress to act by cancelling $10,000 for each borrower, which would carry a price tag of $370 billion. He says these indebted folks are suffering during the pandemic.

Actually, they aren’t suffering right now, since President Donald Trump paused all federal student loan repayments through Dec. 31 and dialed the interest rate down to zero.

Someone should tell Biden that it’s Americans with only high school diplomas who are truly suffering as a result of the shutdowns during the pandemic. Their unemployment rate is 8.1% while those with college degrees enjoy a rate of  4.2%.

In “The Case Against Student Loan Forgiveness,” for Forbes, Preston Cooper points out that any sweeping cancellation of student debt would be horribly regressive, benefiting those with advanced degrees the most, since they incur the largest debt.

The most straightforward argument against mass loan forgiveness is that its benefits are skewed towards the rich. The top fifth of households holds $3 in student loans for every $1 held by the bottom fifth, according to an analysis by the People’s Policy Project. In fact, that probably understates how regressive student loan forgiveness might be, because many student borrowers in lower income quintiles are young and will probably earn more later in their careers.

Democrats will be making a monstrous mistake if they attempt to cancel student debt simply to pander to millennials. Republicans made inroads with the working class in the presidential election with their new-found populism and many observers see a political realignment coming, with the left continuing to alienate workers who traditionally voted Democratic.

Cancelling student loan debt for the upper classes on the backs of the working class will only accelerate this trend.

Because nothing says you care about working Americans like forcing them to pay the bill for someone else’s gender studies degree.

This entry was posted in Education (higher ed), Uncategorized and tagged Kerry Dougherty. Bookmark the permalink.