Because they virtually eliminate the very records of criminal and mentally disturbed misconduct by juveniles needed to support gun-purchase background checks.

FCPS asserts that their RJ system results in better-behaved students.

Here is that county’s paradigm comparison. What other choice do we have, it blares, than RJ? 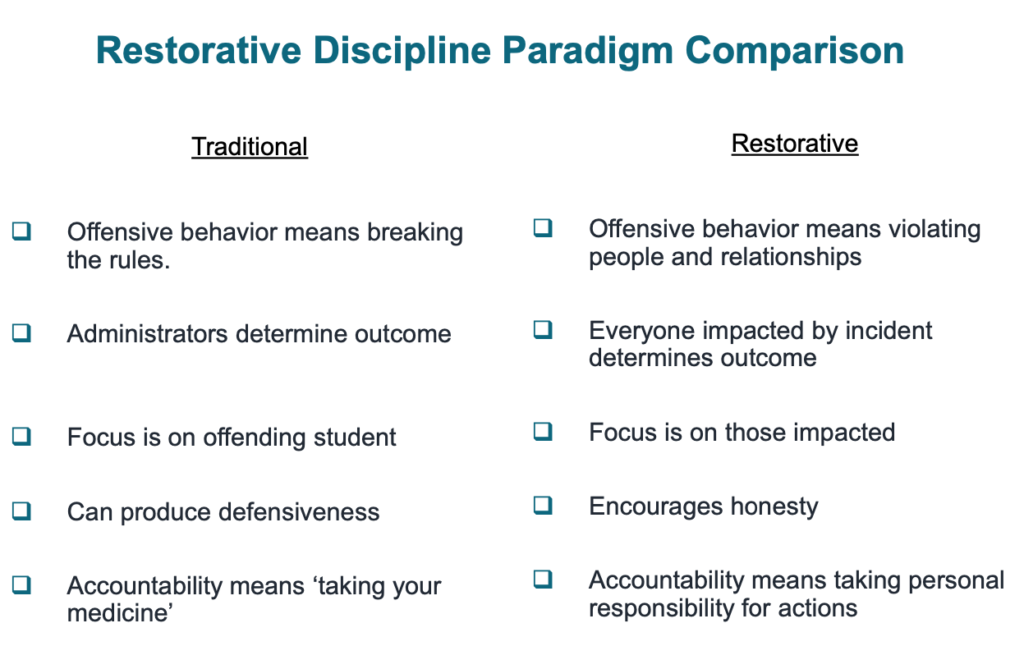 Below is how they have described the FCPS RJ continuum. Note the “requires training and certification” leaves out from those requirements skill, experience and fearlessness of career consequences. 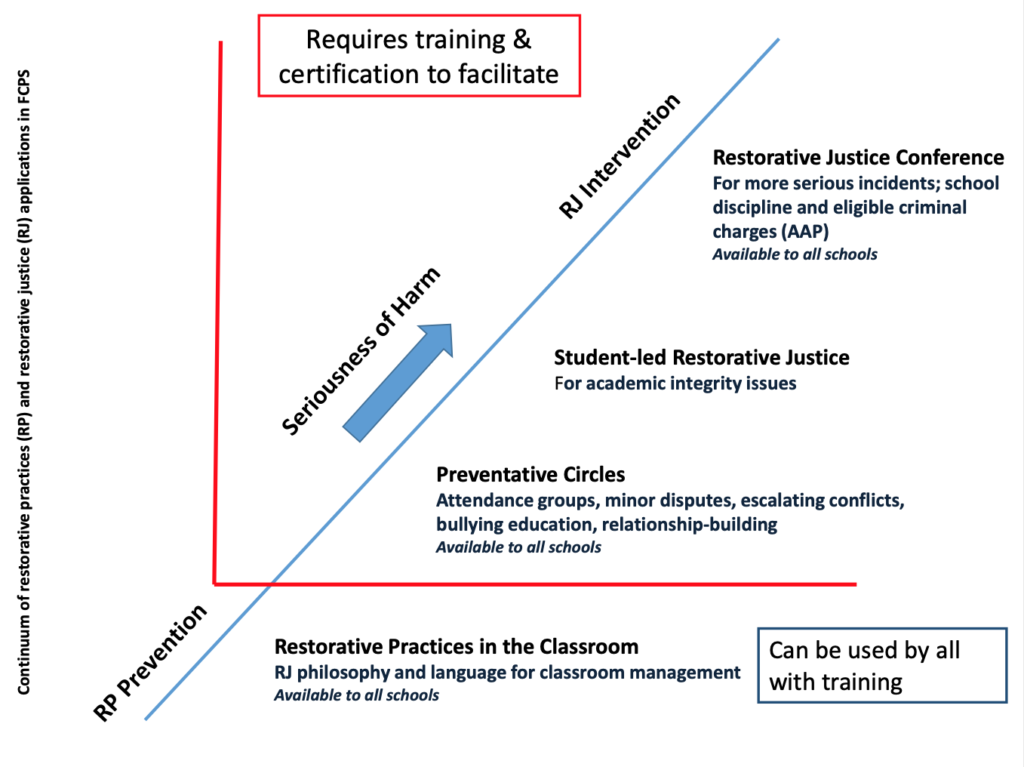 Then, they actively discourage court involvement. 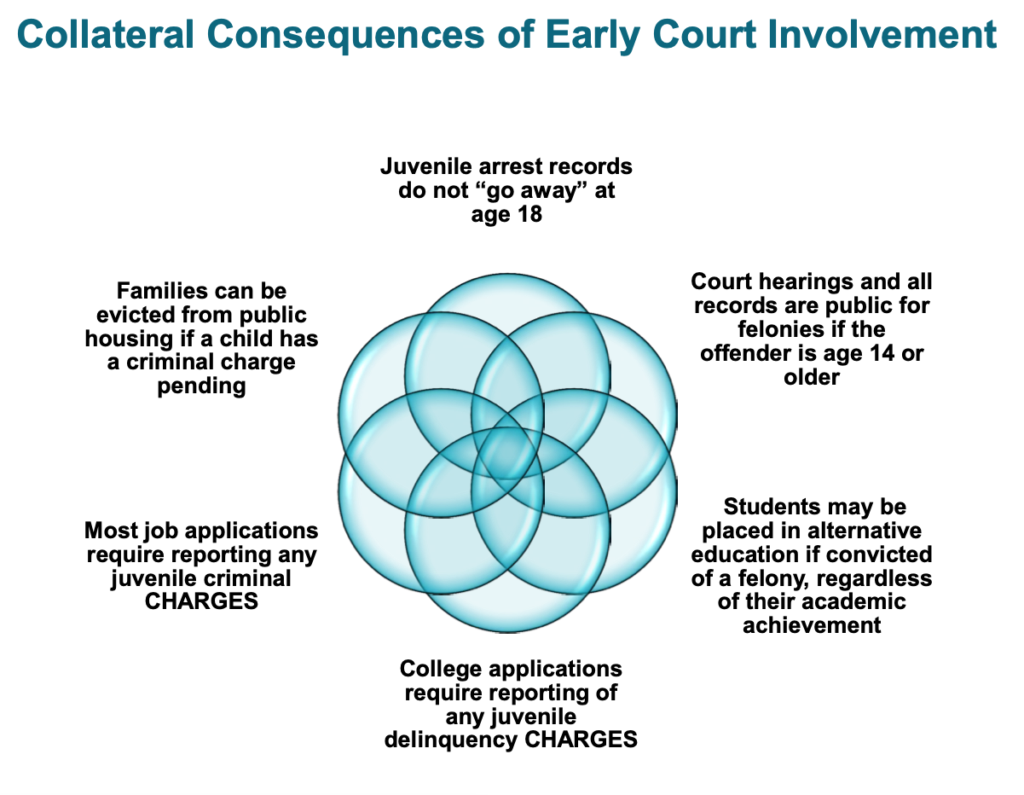 One of the “collateral consequences” of “early court involvement” missing from the FCPS slide is that it develops a record that will support red flag laws.

That FCPS presentation shows, if little else, that wishes can become horses in PowerPoint, a secure bastion of both free speech and fantasy.

FCPS is enabled by the Constitution of Virginia to establish whatever program for student discipline it wishes. The FCPS RJ policy can be effective if professionally conducted.

But it will take not only trained, but very skilled, dedicated and fearless professionals to separate the wheat from the chaff. We don’t know how professionally it is applied in each of the FCPS schools. Neither does FCPS headquarters.

It can work in some cases, in others it will shield a disturbed and dangerous kid from identification by the justice or mental health systems.

Mr. Descano is there to ensure that reports are not turned into indictments to create a court record.

Red Flag laws frustrated. The plummeting data on school suspensions and wide variances in those data school-to-school in the same divisions together prove what we already know. Reportable and referable offenses are in the eye of the beholder, adjusted for pressure to minimize the numbers.

Principals in FCPS would be foolish to suspend, expel or refer any student to a court or mental health services who was not caught in the commission of a violent felony in school. Examining state data on Fairfax County schools offenses and expulsions, they are not fools.

But even referral to the court system requires prosecution. In Commonwealth Attorney Steve Descano’s Fairfax County that is very, very unlikely to happen.

Both Descano and FCPS will strongly endorse Red Flag laws. In doing so, they will ignore the consequences of their own actions to eliminate red flags.

Citizens of Fairfax County can applaud the intentions of both, but they cannot deny this particular consequence.

Next stop for criminal and mentally disturbed Fairfax County youth, the gun store.

This entry was posted in Courts and law, Crime , corrections and law enforcement, Culture wars and tagged James Sherlock. Bookmark the permalink.