It’s December. The Generous Assembly is about to return and the demands for more education funding (see Executive Summary at p.4) resound throughout the Commonwealth.

The data would suggest that these demands are misplaced.

VDOE won’t post the 2020 expenditure data until sometime this spring and there were no 2020 SOLs, so we’ll use the 2019 expenditure and SOL data. The expenditure numbers below are the those for “day school operation” (the sum of Administration, Instruction, Attendance and Health Services, Pupil Transportation, and O&M spending). Student counts are the year-end average daily membership.

One wrinkle: Statewide, “economically disadvantaged” (here, “ED”) students underperform their more affluent peers (“Not ED”) by some 17 to 22 points, depending on the subject. Thus the division average pass rates depend both on student performance and the relative numbers of ED and Not ED students. We’ll avoid that issue here by looking at the rates for both groups.

Here, then, are the division average reading pass rates for the two groups plotted v. the division day school expenditure per student: 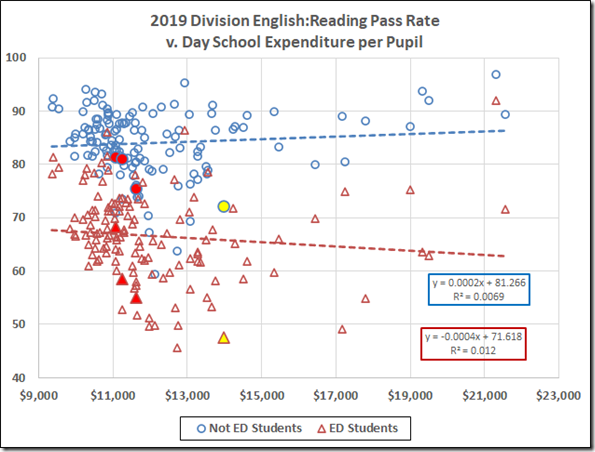 (Richmond is the enlarged point with yellow fill. The red-filled points are, from the left, the peer cities Hampton, Norfolk, and Newport News.

The fitted lines suggest that performance of the Not ED students increases slightly with expenditure (about 2% per $10,000) while the ED scores decrease (ca. 4% per $10,000). The R-squared values, however, tell us there is only a minuscule correlation between the pass rates and the expenditures.

We can get a clearer view of the data for Richmond and the peer cities by expanding the axis to hide the Very Big Spenders. 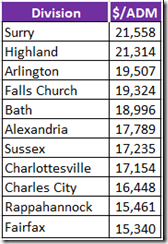 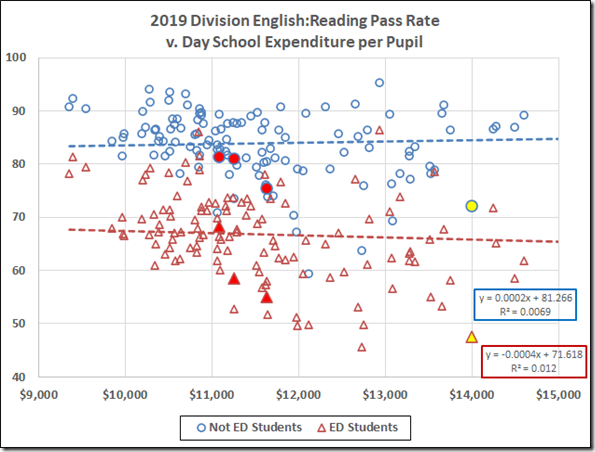 Need I say it? Richmond is spending well above average money and obtaining lousy results for both groups of students. 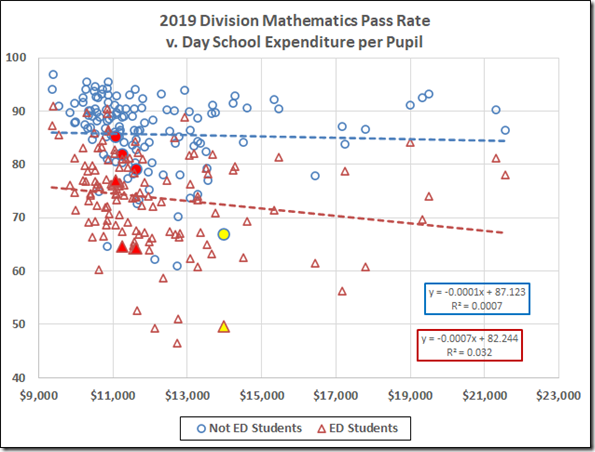 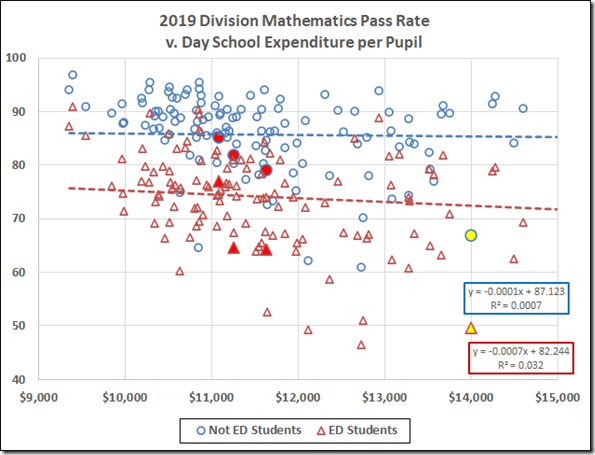 As a pleasant contrast to that bad news, the (locally created and run) Comprehensive Instructional Plan has produced remarkable gains in the Southwest: 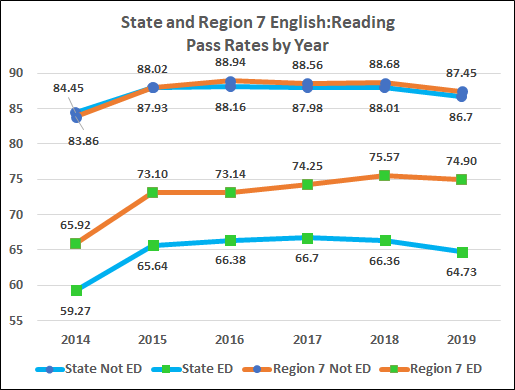 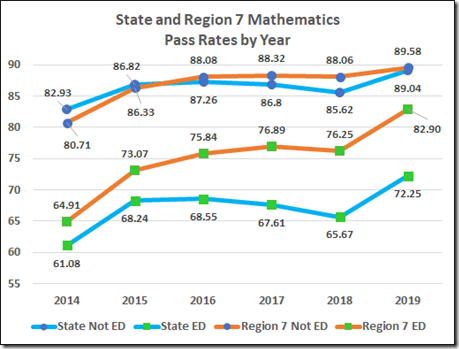 They’ve told us how they achieved this:

While the Generous Assembly is in town perhaps they will consider taking the school improvement budget that is wasted at VDOE and giving it to the CIP, where they know how to get results.

This article was republished with permission from Cranky’s Blog.

This entry was posted in Education (K-12) and tagged John Butcher. Bookmark the permalink.