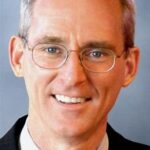 There is a hotbed of carbon tax advocacy at George Mason University, led by a former GOP congressman sent packing by South Carolina voters because he’s ready to tax them into loving solar and wind.

Robert Inglis was part of the carbon regulation panel discussion Friday at the National Regulatory Conference in Williamsburg, talking about the version of a national carbon tax he’s advocating through the Energy and Enterprise Initiative, identified as an affiliate of GMU where he teaches.  The main website is here.

That proposal is quite different than the Regional Greenhouse Gas Initiative currently on the front burner in Virginia.  This idea would be nationwide, across more sectors of the economy than just power generation, and “border adjustable.”  That means it would also be imposed on imports unless the exporting country had a similar system.

Another key difference:  He wants a tax cut for families somewhere else to compensate for the cost increases due to the carbon tax, or some other way to return the money.  That is also missing from the RGGI proposal, since its advocates are still claiming it won’t cost ratepayers anything.

Inglis’ presentation opened with an old clip of Professor Milton Friedman talking about how a tax would work to reduce just about any form of pollution.  The Energy and Enterprise proposal uses different language, but there isn’t much daylight between it and the CEO Climate Dialogue principles being released that same day.  Coincidence?  Sure, you can think so.

In reality, it is a fairly common thing for the business community to spot a parade and seek to take the front and lead it.  Bob Inglis didn’t make my list of signs at the conference that environmentalists have won, but his talk was another such sign.

After voting against many carbon limiting proposals, Inglis credits his conversion to trips he took as a congressman on an energy panel to Antarctica and Australia’s Great Barrier Reef.   He put in the Raise Wages, Cut Carbon Act of 2009 and didn’t sit in Congress two years later.  Another Republican took him out.

Now he takes solace in these recent developments:  A Florida Republican in an ocean side district introducing the Green Real Deal Act, and Senator Bob Cornyn of Texas attending that CEO climate event and merely uttering the words climate change.  He cites at least in part simple political calculation, response to changing public attitudes.  Say what you will about the details, “Green New Deal” is an effective political slogan, Inglis said.

As he quaintly put it, quoting the late Senator Ernest “Fritz” Hollings, “there is not much education in the second kick of a mule.”  He thinks that first kick came in the 2018 Democratic takeover of the House.  He admitted that many Republicans also remain skeptical on one key point unrelated to the science: deep distrust that government will keep its word on returning carbon tax dollars in some form or spending them effectively.

If you go to his website, and he used much of it in his presentation at the conference, you find the Usual Rhetoric in support of climate change fears.  Worst to find in an academic context is the Appeal to Authority, an ancient and and shaky debating ploy.  It means absolutely nothing that somebody polled scientists on climate change or toothpaste preferences.  During the years many Americans were first addicted to cigarettes, doctors appeared in the ads.  (Using the Friedman clip was another appeal to authority.)

Then there is a cherry-picked CO2-over-the-millennia chart that carefully avoids earlier geologic periods of high CO2 on Earth and posits all the change now is due to us.  “As a species, we have never seen this before…”  Well, on this planet we’re the newbies and plenty of other species saw and survived higher CO2 at points before that chart he uses, none of which was due to us.

The first question always is, does it really matter if we (meaning the world) reduce CO2 and/or other known greenhouse gases?  If your answer is yes, of if your answer is merely a strong maybe, then it’s fair to go back to Friedman and his economic genius for ideas on diminishing emissions of the gas or gases.

A carbon tax or greenhouse gas tax can work to lower emissions and alter consumer behavior, but it must be 1) nationwide, 2) economy-wide, not aimed at one sector and 3) structured to put pressure on the rest of the world.  A cap and trade system is a useful mechanism to get from A to B.  These economic processes work and their impact is more even across the board.  The downside is more limited than with many other approaches being advocated.

Moral authority and virtue signaling are just for show, and a very expensive show at that when done solo. They may work when saving your immortal soul but moving the needle on a world’s atmospheric chemistry is a different endeavor. To quote Inglis again, perhaps in a context he’d reject:  “Smart is hard, dumb is easy.”