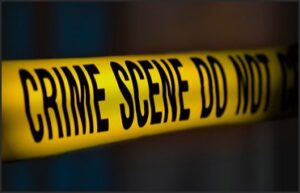 Mass shootings have become so common in the United States that incidents with only five or six victims warrant no national attention and are soon forgotten even in local media. A barrage of gunfire Friday night at a graduation party in Chesterfield County, which left one dead and five others injured, falls into that category.

More than 50 shots were fired. Police have identified four different calibers of shell casings at the scene, indicating that four different guns were used, and suggesting that up to four different assailants might have been involved. The shooting victims were all males. Two females were injured when struck by a vehicle as they fled the scene, reports the Richmond Times-Dispatch.

The party held for a Thomas Dale High School student attracted between 50 and 100 people, including many underage, from the Richmond and Petersburg areas. Police inquiries found that, prior to the shootings, two separate “fights or disturbances” had broken out between females. The shots were fired very shortly after the second fight.

Most media attention focuses on incidents in which the mass-shooting perpetrators are isolated, alienated loners, often suffering from mental illness. As mental illness is on the rise, this phenomenon is a legitimate source of concern. But the Chesterfield incident was of a different type — indiscriminate shooting by young people getting into heated arguments — that gets far less commentary.
Let me advance a hypothesis: what we’re witnessing in the Chesterfield type of mass shooting is not mental illness, but a breakdown in socialization. It’s as if large segments of the population have been raised by wolves. Family structures and social environments are so dysfunctional that many young people never learn to resolve disputes without lashing out physically. Combine the readiness to resort to violence with the ubiquitous availability of guns, and you get a lot more shootings.

There is little agreement in our society about what to do about gun violence, but there does seem to be a consensus about the need to keep guns out of the hands of the mentally ill. Although no one is sure how to do it, most agree that it’s a good idea. But what do we do about the Lord-of-the-Flies problem? What do we do with kids who aren’t mentally ill, but feral?

Many kids today have been raised in environments in which adult authority has collapsed: where two-parent families are a rarity, where church-going is on the decline, where schools tolerate defiance and misbehavior, where the morality of the street prevails, and where the criminal justice system views criminal behavior as the product of systemic injustice.

I’ll tell you what is “systemic” — it’s the breakdown in the ability of people to control their impulses. That problem runs so deep in our culture that I don’t know what can be done about it. But we can start by understanding the nature of the problem.