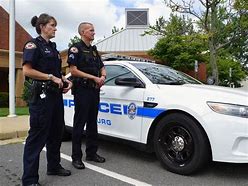 The Town of Leesburg had a population of 49,157 as of July 1, 2021. Its police force has an authorized strength of 90 sworn officers. Twenty-one of those positions are vacant.

The Loudoun Times posted an article that headlined the town’s vaccine mandate as a potential contributor, but a close reading of the article showed that is not the case, at least not provably. Most vacancies existed before the mandate. Many  losses since the mandate were scheduled retirements. Other officers did not cite the mandate as the cause of their departures. So, maybe the mandate contributed, but not much.

What, then, are the issues?

The primary issue is that the force cannot find replacements for those leaving. There are three demonstrable reasons nationwide:

So it is not just big city police departments with shortages of sworn officers. Small-town America is as vulnerable as the cities.

And for the same reasons.

Defund the police indeed. Demoralize them is the path of the woke. It is working.

We all reap the whirlwind.

This entry was posted in Culture wars, Law enforcement and tagged James Sherlock. Bookmark the permalink.