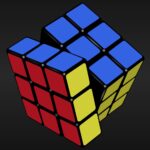 Higher-ed governance is a Rubik’s Cube of complexity.

Governor-elect Glenn Youngkin has an opportunity to restore Virginia’s public universities as beacons of free speech, free inquiry and intellectual diversity by making strategic appointments to Boards of Visitors over the next four years. As he refines his vision for higher education, he should also prioritize making Virginia colleges and universities more affordable and accessible — through productivity and cost-cutting, not bigger state subsidies.

Both of these goals — freedom/intellectual diversity and affordability — are inter-related. A major reason higher-ed institutions have become so expensive is the profusion of costly bureaucracy over the years. Increasingly, Virginia’s four-year higher-ed institutions are run by unaccountable, self-perpetuating oligarchies that have allowed administrative positions to proliferate. As it happens, many of those positions are designed to advance a social-justice agenda that enforces stifling ideological conformity.

Traditionally, the political class has addressed the affordability issue by increasing financial aid: making it easier for students and parents to borrow and providing targeted financial aid for lower-income students — in other words, by dumping more money into the system. Universities have never been forced to engage in spending discipline, and as a result the cost of attendance — not just tuition but fees, room and board — has escalated far faster than the cost of living. The massive accumulation of student debt has created a national social crisis, and college remains as unaffordable as ever.
Attacking the bureaucratization of higher-ed would be good policy and good politics. In the 2020-21 academic year, 37,000 new in-state undergraduate students enrolled in public four-year institutions in Virginia. That’s just in one year! That’s a vast constituency.

As exercised as conservatives (like me) get about the creeping ideological conformity and intolerance on college campuses, every parent feels the sticker shock of the cost of attendance. Frustration with runaway college costs could be a huge source of voter motivation, if only someone could figure out how to tap it.

Youngkin could be that person.

One area deserving special attention is the growth of ubiquitous Diversity, Equity & Inclusion bureaucracies. Boards of Visitors should demand to know how much these bureaucracies cost, what they do, and how effective they are. Has any university adopted measurable goals of success? Is there a metric, if achieved, that would allow one to say, “mission accomplished”? Or are DE&I bureaucracies always in search of ever-more-rarefied instances of perceived racism in order to justify their existence? Put another way: Do DE&I bureaucracies improve race relations on college campuses, or do they act as constant irritants that make race relations worse — and how do we know?

Many other aspects of higher education warrant scrutiny. Do Virginia colleges and universities have an “edifice complex” — a misplaced penchant for overbuilding? Do they engage in mission creep, allocating resources to activities peripheral to the mission of educating students? Are highly-paid senior faculty indulged with light teaching loads so they can pursue research and writing? How are discretionary resources from endowments and fund-raising campaigns deployed — to make college more affordable, or to enhance prestige, climb the national rankings, and buff the credentials of senior leadership? Then there is the most important question of all: are students learning? What is an institution’s educational value-added? How do we even know?

Universities are highly complex organizations that operate by a unique set of rules. Here’s one more piece of unsolicited advice for Mr. Youngkin. If he appoints a new crop of BoV members with the goal of making Virginia’s public higher-ed institutions more accountable, he needs them to hit the ground running, not spend a year or two climbing the learning curve before they become effective. He should send them to BoV boot camp.

As it happens, there is an organization that provides training for new BoV members — Partners 4 Affordable Excellence @ Edu. The nonprofit was founded by former University of Virginia Rector Helen Dragas, and the training sessions are run by former Old Dominion University President James V. Koch. Koch has devoted his post-administrative career to studying the dynamics of college cost inflation and higher-ed governance. (Full disclosure: Partners 4 Affordable Excellence once sponsored this blog.)

Such a training session would start with the basics — what are the responsibilities of BoV members, and whose interests do they represent? (Quick answer: they represent the citizens of Virginia.)  How are universities structured? What power do BoV members have? What kinds of questions should BoV members be asking? What sources of data can they access independent of what university presidents spoon feed them?

No Virginia governor has undertaken the challenge of reforming Virginia’s system of higher education. Youngkin could be the first, and he could set an example for the nation.

This entry was posted in Education (higher ed), Governance and tagged James A. Bacon. Bookmark the permalink.