Enjoy Driving at Night Without Headlights? You’re in Luck! 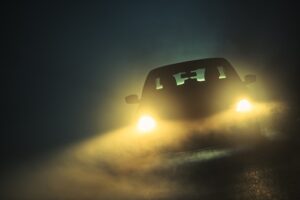 Oh my. This really is special.

Virginia’s General Assembly – in the midst of an expensive special session with no end in sight – just passed a bill that, if signed by the governor, will forbid police officers from stopping a car that is being driven at night without headlights, tail lights or brake lights.

This is what happens when Michael Bloomberg bankrolls extreme left-wing candidates in your state and these blockheads will vote for any measure that’s aimed at crippling the police.

You’re not hearing much about this deeply flawed bill because the slobbering lapdogs in the media are overjoyed that it also prevents the cops from stopping cars due solely to the aroma of marijuana. A milestone for the Old Dominion.

But pot is only one part of the bill.

HB 5058 was introduced by Del. Patrick Hope, an Arlington Democrat. An identical bill was introduced in the Senate by none other than Sen. Louise Lucas, of Portsmouth. If you click the link, be sure to go beyond the summary, which does not mention headlights. Go to the PDF version of the bill where all the delicious wrinkles reside.

Oh, I’ll save you the trouble. This is the law as it currently exists:

This is what’s been added by the Mensa members in Richmond:

According to several news reports, Hope was unaware that his bill made it legal to zip around in the dark without headlights. Hey, don’t blame him. Who has time to read bills before introducing them? Especially during a very special session?

Few hazards on the road are more dangerous than cars out after dark without headlights. Oh, and police consider it to be one of the prime signs that a drunk — or stoned — driver is behind the wheel.

If Gov. Ralph Northam signs this bill, people will be free to swerve around the highways of Virginia, invisible at night, and it will be illegal for the cops to make a stop.

I don’t know about you, but any time I spy a driver without his headlights I flash my high beams to get his or her attention.

That isn’t illegal. Not yet, anyway.

It’s up to ordinary folks to READ the dopey bills the anti-cop crowd is passing in Richmond and drive with care.

This entry was posted in Courts and law, General Assembly, Transportation and tagged Kerry Dougherty. Bookmark the permalink.