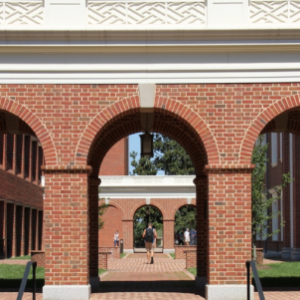 Dick Hall-Sizemore went to great lengths in an article to rebut one of my own.

He attempted to disprove the two major assertions in my article:

He was right that I should not have mixed politics and the ed school issues.

Dick’s most heartfelt issue is my take on the Democrats’ interventions in education. The Democrats themselves are so publicly proud of what they accomplished in education in the 2020 and 2021 sessions of the General Assembly and in the Board of Education that it seems remarkable to have to prove it to a Democrat.

But so be it. I will now deal with each in turn.

This one is about the ed schools and their death grip on teacher education and promotion in Virginia. And whether they earn their costs. And what the options might prove to be.

The Schools of Education. To quote Dick:

One of the abuses to which Martin Luther objected was the selling of indulgences that the faithful could buy to get to heaven.

The ed school racket is the selling of credentials that students must buy in order to teach and then get promoted. Those credentials were for many years virtue signals to employers, but were not required to teach.

Virginia teachers, both new and experienced, are now required to pass commercial tests specific to college courses — and therefore additional college time — to enter into, continue, and get credit for expanding their expertise in teaching.

For the rest of this discussion, let’s break the requirements for ed school into two parts:

I will leave the incredible proliferation of Ph.D.s and Ed.D’s in our public school systems alone for now, even though they have become de facto credentials for many leadership posts for no other reason than, as far as I can tell, they are so plentiful.

Now ask yourself this:

If the tests were not required by regulation, how many principals of elementary and middle schools would require their working teachers to attend most of the endorsement courses in order to assign them to classrooms?

We should try that for a three-year pilot.

Instead, we are apparently protecting by law our principals and superintendents from what the politicians see as potential poor judgement in endorsing teachers for additional responsibilities.

This is all a result of the mantra “professionalize the teaching profession” that started 20 years ago. Good idea, badly and expensively implemented.

How do the ed schools control the system? The Board of Education writes Virginia’s regulations.

I demonstrated in the column that Dick disputed that ed school staff have controlled all of the chairmanships and the vice chairman position in Virginia’s Advisory Board for Teacher Education and Licensure (ABTEL).

Advisory Board on Teacher Education and Licensure (ABTEL) advises the Board of Education and submits recommendations on policies applicable to the qualifications, examination, licensure and regulation of school personnel including revocation, suspension, denial, cancellation, reinstatement and renewals of licensure, fees for processing applications, standards for the approval of preparation programs, reciprocal approval of preparation programs and other related matters as the Board of Education may request or the Advisory Board may deem necessary. [Emphasis added.]

Dick offered some reasons that control does not matter. Of course it matters. Believe your eyes. If it did not matter, those worthies from the ed schools would not have sought the positions.

It is a national problem.

Why are not working teachers responsible for the standards of their profession? The working practitioners of most professions have a healthy disdain for letting college professors set the standards by which they work. Ivory towers and all that.

What is most important to teach and learn well in public schools? Easy. It’s the three R’s.

The only things we learn in K-12 that stay with us throughout our lives and that are necessary for success in our future education in college are literacy and mathematics. Both are also necessary for the trades. Both must be taught, and learned, well.

Conversely, because people use those skills, they retain them.

The fade rate on the rest of the academic learning in K-12 is very quick unless it is pursued after high school. Most Americans cannot answer a set of simple questions about history or civics,  such as naming the three branches of the federal government.

If a teacher commands English sufficiently well, she can teach in elementary school and middle school.  The rest is about teaching skills, which are most assuredly hard and have to be learned.  They are hard enough that some never master them. Even natural skill takes mentoring to develop.

Student teaching. Virginia’s accredited ed schools are, in fact, in charge of their own standards for student teaching because the Board of Education refuses to set meaningful standards.

Accredited Virginia ed schools in traditional programs offer student teaching in classroom hours varying from 640 to 150, so the Virginia Board of Education has clearly not figured out how much is enough. It requires by regulation 10 weeks.

I have no idea how many supervised classroom hours happen in 10 weeks. Neither does the Board of Education.

The national average is 533 hours as computed by the federal Department of Education.

But no one has to be registered at an ed school to get supervised student teaching. They could do that in their first school while getting paid. Which is how many private schools do it. It is how Success Academy does it.

Subject matter. The skills for successful teaching are, as I said, difficult to learn. And there are different skills required for different levels of courses… and different skills for teaching the huge increases in English learners and mainstreamed students with disabilities… which have made classrooms much harder to manage… and have made teachers’ days longer…  and parents more complex to deal with.

High school teachers in specialized subjects like math and the sciences may require specialized college coursework if they did not take those subjects in college.

Reading specialists need additional training. It is not clear they need to pay an ed school to learn those skills, but in some cases that may be the best approach.

Nurses are nurses. Social workers are social workers. School psychologists are limited license psychologists. Phys ed and health are not easy to teach well and safely. So, some extra training is required. But, again, it is not clear that needs to be done in an ed school.

Musicians teach music. Artists teach art. Dancers teach dance. But they are not allowed to do it in schools unless they pass one of the Praxis tests I will discuss below.

Apprenticeship method. The work-as-an-apprentice-while-you-learn-to-do method has thousands of years of human history behind it. That is how many of the most highly regarded prep schools around the world create their own teachers. It is how Success Academy does it.

But not Virginia. By law.

Licensure academics. The six-3 hour courses that by regulation students must attend to get a basic license are so crammed with a little bit of knowledge of everything that they must necessarily be designed to teach to a test.

Well, there is a Praxis test for that… and for everything else a teacher wants to do.

The testing industry. Those tests are written and constantly “updated” by ed school industry staffers gathered to review and assess each of 100 tests and its updates at Educational Testing Service (ETS) in Princeton New Jersey (Praxis exams). They are joined in those ad hoc committees by teachers who are graduates of the ed school system.

In Virginia, Praxis has been chosen as the state’s official testing service.  Each exam comes with a study companion and a study plan. Neither, of course, prepares you for the exam. But, helpfully,

Practice materials are available for purchase for many Praxis tests at www.ets.org/praxis/testprep. Test preparation materials include sample questions and answers with explanations.

Those tests must be passed to gain admission to the teachers club in general and specific endorsements in particular. And each, unsurprisingly, virtually demands ed school classes… that are designed to the tests. And vice versa.

There are Praxis core tests, subject tests and content knowledge for teaching (CKT) tests. The core tests are required for entry into undergraduate schools of education. The CKT tests are to qualify to teach in elementary school.

The goldmine for ETS and the ed schools are the subject tests required for endorsements for everything from agriculture to world languages. There are 90 of them. Ninety. I could not make that up.

Virginia Praxis requirements are found here. There are

There are four ways to get a specialty endorsement. Three of them are tied to the colleges. One option is to test directly without returning to college, which teaches to the tests, which colleges as a group have written.

I have requested VDOE to let me know what percentage of endorsements are given to teachers who pass the test without going back to school. I will report when they get back to me. I expect it to be a small percentage.

Ed school staff and their progeny EdD’s and PhDs write the requirements, change them to meet their “research” discoveries, teach the courses built from the requirements, create the tests for the material they teach, and pocket the money at every step in the process.

When Bachelor of Education degrees were criticized as useless for years, the ed schools declared them Bachelors of Science. See UVa. It offers three undergraduate education majors:

Bottom line. I believe that there is a role for some pre-teaching education.

Whatever is determined, after extensive and confidential interviews with teachers after their first year in their first school, should be retained. The rest should be dumped.

Teachers I have talked to believe that most of the value of pre-teaching education is supervised instruction in public and private school classrooms. But Virginia has set student teaching minimums so low that Virginia public schools are not guaranteed what they are going to get.

During COVID, some or all of the student teaching that typically occurs in the last semester of the last year was waived. The graduates went to their first schools anyway. How has that worked out? If they have been successful, then college students don’t need to pay college tuition while getting student teaching credits.

It is my take from speaking with teachers and principals that some of that helps depending upon the subject. But much of it is simple but expensive box checking. The value of many is to the ed schools, not to the working teachers who are their students, mostly for the test prep. Because the test is a box check.

Look again to the laws and regulations.

Teachers are at the end of that education/industrial complex whip.

The entire teacher education system needs to be restructured and reduced considerably. What we have now is far more expensive and time consuming than it is worth.

I don’t know how many people it is keeping from becoming teachers. Or how many teachers leave because this is one of the burdens of the profession in getting promoted and paid more. No one knows.

But teachers need neither the expense nor time spent for unnecessary requirements. They and their principals will tell you what they need. Ask them.

As long as the ed schools are running the show, there will be no change except for the worse.

It really does not matter what I think or readers think. What matters is what teachers think. To quote the Gates Foundation:

“Since teachers are the frontline of delivering education in the classroom, the reform movement will not succeed without their active support.”

I expect that the Governor, his Secretary of Education, the Superintendent of Public Instruction and newly-appointed Board of Education appointees will take this on.

And ask teachers what they think. Encourage them to think outside the box they are in. But ask them.

Dick, you were right that I should have separated the topics. I’ll get to your Democrats next.