Norfolk Has a Crime Problem 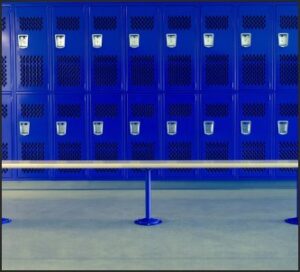 It was a fabulous moment in Norfolk. On Friday night Old Dominion University clinched ANOTHER football victory over Virginia Tech, this one in the last minute of play. When the final whistle blew the ecstatic fans poured out of the stands and onto the field.

One of the TV commentators gazed at the happy celebration said something like, “Can you imagine the bars in Norfolk tonight?’

Yes, I can, I thought to myself. I hope no one gets shot.

No one did get shot. That night. By Monday morning, two people would be shot dead at a house party blocks away from the ODU campus.

That’s the kind of lawless place Norfolk has become. A spate of shootings on Granby Street caused the city to close bars there early and threaten business owners with closure if they can’t control the customers they serve.

By Saturday afternoon we learned that Hokie players reported about $8,000 worth of personal items stolen from the visitors’ locker room during the game.

How hard is it to keep thieves out of the locker room while the players are on the field?

“I know everyone wants to say, ‘Well, it’s the world we live in now,’ “(ODU Coach Ricky) Rahne told The Virginian-Pilot. “First of all, there’s been crime for a long time. I think we’re going on a good 10,000-year streak of crime at this point. So I don’t think that it’s a new thing. I wish, obviously, that it wouldn’t have happened because I think it detracted from some very special things that happened in this community.

“But these type of things, unfortunately, occur. You wish that people wouldn’t take advantage of situations like this, but this is what happens. I know our university is working hard to come up with a solution on this sort of thing, and I’ll leave that one to the experts.”

I have a solution. Place guards on the locker room doors during the game. Problem solved.

This “10,000-year crime streak” gibberish is inadequate. ODU athletics should have stroked a check for eight grand that same day and put it in the mail, along with a profound apology to the ACC team that traveled more than 300 miles to open their season in Norfolk.

Then, on Monday morning we learned that 14 people were shot in Norfolk Sunday night, nine of them at a house party in the 5000 block of Killam Avenue, very near ODU. Two of those victims died. One was a Norfolk State University student.

Let’s not sugar coat it: Norfolk has an out-of-control crime problem, driven largely by gang activity. And it’s getting worse. At the same time, the city recently reported an “historic high” number of vacancies in the Norfolk Police Department. Last time I checked, there were 193 sworn officer positions vacant.

How does a city fight crime with an anemic police force?

On Monday the police chief and mayor held a press conference.

“As children return to school, we must ensure that their communities and lives are free from chaos,” (Mayor Kenny) Alexander said, according to The Washington Post. “Students who enrolled in our colleges and universities deserve safe environments to live, learn and build their futures.”

He’s right. We need police to blanket the areas around ODU and NSU to protect students. Of course, there aren’t enough officers to do this.

Look, these universities belong to all of us. No one knows just how many excellent students decided to attend college elsewhere because of the high-crime neighborhoods that surround the Norfolk campuses.

While the locker room theft wasn’t a violent crime, it marred a terrific home-opener football victory.

ODU needs to make this right.

More importantly, Norfolk needs to make sure its universities are insulated from the rough neighborhoods that surround them.