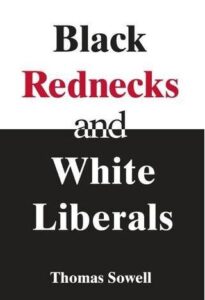 A guiding premise of the Northam administration’s education policy is that Virginia’s system of public education is guilty of systemic racism. Informed by social-justice sensibilities, Northam hopes to close the achievement gap between racial/ethnic groups by making the school curriculum more “culturally relevant” for minority students, training teachers in culturally relevant instruction, recruiting more teachers of color, and presenting a more “inclusive” version of American history.

I have long argued that most of these supposed remedies will accomplish little to close the achievement gap, that, in fact, they might do actual harm. The ideas Northam is implementing have been incubating for years. Thomas Sowell was writing about them in his 2006 book, “Black Rednecks and White Liberals.” Sowell’s arguments are every bit as relevant today as they were 15 years ago, perhaps even more so.

Sowell’s book is so rich that it is impossible for me to do it justice in a brief column, but I will try to hit the highlights as they apply to the debate over K-12 education in Virginia today.

The foundational thesis of the book is encapsulated in the title phrase “black rednecks.” Sowell, who has written extensively about minorities around the world from Jews and overseas Chinese to Armenians and Volga Germans, believes that an ethnic groups’ cultures persist over long periods of time and cultural traits shape how the groups respond to the challenges confronting them.

In the case of Africans who were brought to America as slaves, they were stripped of most of their African culture and marinated in the dominant culture of southern whites for several centuries. The whites who settled the South and Appalachia came from different areas of the British isles and northern Europe than the whites who settled the northern colonies, and their culture was very different, too. Southern and Appalachian whites were rowdier, less industrious, looser in their sexual behavior, more obsessed with protecting their honor, and more prone to violence, Critically, they placed less value on education than did their northern counterparts. Southern blacks absorbed this culture, Sowell contends. When southern whites and blacks migrated to northern states during the industrial revolution, the northerners stigmatized both groups for their undesirable behavior. (Regarding the Appalachian transplants, think “Hillbilly Elegy.”)

Sowell contrasts southern attitudes towards education with Puritan- and Quaker-influenced attitudes in northern states. Free blacks who moved to northern states absorbed the Yankee emphasis on education, and their descendants typically outperformed southern whites in indices of literacy and educational achievement. But free blacks were overwhelmed in number by southern blacks, and the black redneck culture largely prevailed.

Culture matters, Sowell contends. By attributing all the ills in the African-American community to racism, social-justice thinking does blacks a huge dis-service. The onus falls on whites, not blacks, to do all the changing.

External explanations require no painful internal changes to the black population but leave all changes to whites, who are seen as needing to be harangued, threatened, or otherwise forced to change. In short, prevailing explanations provide an alibi for those who lag. …

Those who provide black rednecks with alibis do not favor to them, to other blacks, or the larger society in which we all live. In American society, achievement is what ultimately brings respect, including self-respect. Only for those who have written off blacks’ potential for achievement will alibis be an acceptable substitute. The liberal vision of blacks’ fate as being almost wholly in the hands of whites is a debilitating message for those blacks who take it seriously.

American scholarship has focused overwhelmingly on the effects of slavery, racial discrimination and segregation as explanatory factors for lagging black educational achievement. It is impossible to deny the impact of anti-literacy laws and a century of separate-but-unequal school funding. But Sowell takes a different path: In “Black Rednecks” he seeks out examples of black success. Thanks in part to the Reconstruction-era effort of Yankee missionaries who moved south to start schools for former slaves, American blacks made one of the most rapid advances in literacy in history. A propensity for learning and achievement persisted in some quarters even through segregation.

Sowell highlights the achievement of Dunbar High School in Washington, D.C. In 1899, he says, there were four academic public high schools in the city — three white and one black. In standardized test scores given that year, the black students at Dunbar averaged higher test scores than students in two of the three white schools. Many of its graduates went on to earn degrees in higher education in an era when only a small percentage of the population went to college. The high school produced an insanely disproportionate number of outstanding black professionals and leaders in the early 20th century. According to modern-day theory, such success should have been impossible. “During the years of Dunbar’s success,” writes Sowell, “it was starved for funds and some of its classes had more than 40 students.”

Sowell cites many other examples of black academic success. The common denominators are setting high expectations, requiring self discipline, and demanding hard work. The cultural proclivity for hard work in school, he suggests, is the primary differentiator in outcomes between racial/ethnic groups. “The biggest secret is that there are no secrets, unless work is a secret. Work seems to be the only four-letter word that cannot be used in public today.”

Sowell addresses the pernicious doctrine, common among social engineers, that black students cannot achieve a quality education unless they mix with white children and attend schools with black teachers. Aside from the fact that there have been many high-achieving mostly black schools (often charter schools) with mostly white teachers, it is abundantly evident that Asian students manage to out-perform all other racial/ethnic groups (including whites) in white-dominated schools without teachers that “look like them.”

“The … dogma that black children require a separate, racially oriented or “Afrocentric” education has seized the imagination of many, with no … empirical evidence to support it,” writes Sowell. “The vision has spawned such subsidiary notions as a need for racial ‘role models’ for inspiration and a ‘critical mass’ of black students in order for these students to feel socially comfortable enough to do their best.”

One of the few studies to examine the facts at the time of his writing, Increasing Faculty Diversity, found no empirical evidence to support such beliefs. Moreover, says Sowell, the evidence suggests that schools with higher percentages of black schoolmates can be detrimental to black achievement. If an anti-intellectual black subculture takes hold, a pervasive pattern arises of not only neglecting school work but of disdaining black students who apply themselves, speak in standard English, or otherwise “act white.” The students most adversely affected are middle-class blacks who otherwise would be expected to out-perform their lower-income counterparts.

On the prevalence of “ghetto speech” even among middle-class black youth, Sowell opines, it is popularly said that the grammatical peculiarities derive from African speech patterns. In point of fact, he says, the same words and phrases stem from southern white speech, which in turn can be traced to parts of Great Britain from where the whites’ ancestors came. In other words, there is nothing “authentically black” about such speech at all. But those who advocate teaching in this idiom would isolate black children from the educational, professional and business mainstream where standard English is spoken — even as people around the world seek to speak standard English as the universal language of science and commerce.

One concluding observation from Sowell:

Despite many pious expressions of goodwill and hope for improvements in the education of minority students, few are prepared to do what it takes, including taking on entrenched vested interests in the schools of education, the teachers’ unions, and state, local, and national educational bureaucracies. Even fewer are prepared to challenge black students to work harder and abandon the counter-productive notion that seeking educational excellence is “acting white.”

If Sowell were writing today, he might have updated the list of special interests that must be overcome to include the diversity consulting business. An entire industry has arisen around the propagation of social-justice ideas. That industry can prosper only as long as it can nurture a sense of grievance. But as long as the prevailing ideology that only whites must change and, as victims, blacks have no agency to improve their lives, educational inequality is bound to get worse, not better.