Time to Break up the Tech Monopolies 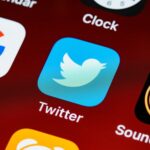 So serious that even the ACLU – which has largely been indifferent as civil liberties were sacrificed in the name of Covid – expressed concern:

For months, President Trump has been using social media platforms to seed doubt about the results of the election and to undermine the will of voters. We understand the desire to permanently suspend him now, but it should concern everyone when companies like Facebook and Twitter wield the unchecked power to remove people from platforms that have become indispensable for the speech of billions — especially when political realities make those decisions easier.

This is not a First Amendment issue, even though many see it as such. The Constitution prohibits the government from infringing on free speech, not individual companies. The issue now is one of monopolies.

Using the siege at the U.S. Capitol as an excuse, Twitter, Facebook, Google, Apple and Amazon worked together over the weekend to ban President Donald Trump and others from their platforms, to remove apps and block Parler, a Twitter alternative that’s increasingly popular with conservatives. These powerful corporations do indeed have the “unchecked power” to muzzle voices of those with whom they do not agree, while exercising control over the primary sources of communication.

It’s time for anti-trust actions against these arrogant arbiters of American speech.

Silencing the opposition — one way or another — is the the sort of thing that happens routinely in China and North Korea. Not in America. In fact, there was a time when it was popular to say “I may disapprove of what you say, but I will defend to the death your right to say it.”

You don’t hear much of THAT in today’s cancel culture.

As someone who uses Twitter, I’ve watched in disbelief over the years as the platform arbitrarily applied its so-called community standards, blocking conservatives, slapping the wrists of leftists who violated their policies.

Recently, non-funny comedian Kathy Griffin, emboldened by Trump’s defeat, posted her infamous photo of herself holding Trump’s severed head on Twitter. Eventually, she was ordered to remove it. But not before 46,000 of her followers had “hearted” the violent image. She still has her account.

Over the weekend, Twitter allowed #HangMikePence to trend on its site for a day before belatedly taking it down.

Ayatollah Khamenei, who has called for the destruction of Israel and whose regime tosses gay men from the rooftops of buildings, has an active account as well.

In an editorial today, The Wall Street Journal quoted Alexei Navalny, “the Russian democracy advocate and scourge of Vladimir Putin who was poisoned last year. He pointed out that, unlike the open election process that ousted Mr. Trump, social-media decisions to de-platform elected officials are unaccountable and arbitrary. ‘Don’t tell me he was banned for violating Twitter rules. I get death threats here every day for many years, and Twitter doesn’t ban anyone,’ Mr. Navalny tweeted.”

Those of us who use Twitter know it can be a source of community to share and debate ideas, or a cesspool of hate and vitriol. Users curate their feeds to suit their purposes. I can assure those who are not on Twitter that the hate and threats that poison social media come equally from the far-left and far-right.

A massive purge of Twitter followers over the weekend alarmed many conservatives who claimed liberal commentators were not experiencing a similar drop in followers. Even small conservative accounts, such as mine, which has never encouraged violence or even urged folks to attend friendly Back-The-Blue rallies, saw hundreds of followers disappear instantly Friday night. Bigger accounts lost tens of thousands of followers.

Twitter issued a statement Saturday claiming it was merely eliminating bots. Given the alarming behavior by the tech giant over the past few days, this looked like an entirely different sort of purge.

To be sure, the ACLU doesn’t really care about conservatives being silenced. They worry that next these companies will crack down on “black, brown or LGBTQ” speech.

They are right to be concerned.

While many cheered the crackdowns, the ACLU may have remembered the words of German pastor, Martin Niemöller, in his unforgettable poem:

“First they came for the socialists, but I didn’t speak out because I wasn’t a socialist…”

108 responses to “Time to Break up the Tech Monopolies”