An Era of Kindness, Civility and Decency? Not in Virginia. 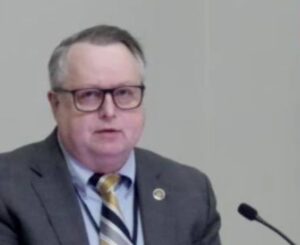 Virginia Attorney General Mark R. Herring commented upon the inauguration of President Joe Biden today with the following remark: “Today, we move forward as one country into a new era where kindness, civility, and decency are once again represented at the highest levels of our government.”

That’s a lofty sentiment. I hope it proves true.

However, Herring’s colleagues in the General Assembly apparently failed to get the memo. A state Senate committee voted along party lines yesterday to censure Sen. Amanda Chase, R-Chesterfield, for “fomenting insurrection against the United States” in reference to the storming of the U.S. Capitol by Trump supporters.

I am no fan of Chase, as my previous posts on this blog attest. She’s a loose cannon on the ship of state. But I don’t believe in canceling everyone with whom I have strong disagreements. What, precisely, did Chase do or say to warrant a censure for fomenting insurrection?

She attended the now-notorious Trump rally in Washington, D.C., in which the then-president recited his litany of unsubstantiated claims that the 2020 presidential election was stolen. Then she left. She did not march on the Capitol, much less participate in the mob scene there.

Sen. John Bell, D-Loudoun, accused Chase of fueling the “insurrection” with comments earlier in the day in which she reiterated Trump’s claims that the election had been stolen. He also quoted her as defending those who overran the Capitol, saying “These were not rioters and looters. These were patriots who love their country and do not want to see our great republic turn into a socialist country.” (Read the censure resolution here.)

“Our words matter,” Bell said, according to the Richmond Times-Dispatch, “and we must be held accountable if we promote falsehoods that encourage violence and sedition.”

Let’s parse that statement. By Bell’s logic, one doesn’t have to actually plan or engage in violence and sedition. Now all it takes is to voice “falsehoods” that, in the strained interpretations of one’s political enemies, promote unintended violent consequences. Bell presented no evidence that she was involved in planning the mob action, or even that she was aware that it was going to occur. He presented no evidence that Chase endorsed the illegal acts, only that she defended some of the participants.

One might justifiably say that Bell’s allegation that she “fomented an insurrection” is itself a falsehood.

Reportedly, Chase plans to introduce censure resolutions against Democratic lawmakers who voiced support for, and in some cases attended, protests against Confederate statues last summer that turned violent. I’m looking forward to seeing her interlocutors say, but, but, but, that was different because our cause was just and yours is evil, we were supporting racial justice, you were defending white supremacists.

Virginia would be best served if Chase took her populist schtick back to Chesterfield County and resumed whatever it was she was doing before she became senator. But don’t believe the pabulum issued by Mark Herring. The accession of Joe Biden to the presidency does not herald a new era of “kindness, civility, and decency.” Not in Virginia anyway. Mark Bell has made that abundantly clear.

This entry was posted in Culture wars, Politics and tagged James A. Bacon. Bookmark the permalink.