A List of the Police Reform Proposals So Far 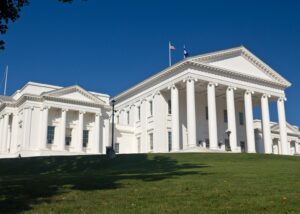 As we have discussed on this blog over the past few days, the Democrats in the General Assembly  have put together extensive and far-reaching packages on police reform. Steve Haner was considerate enough to provide a list of the Senate Democrats’ proposals, as well as a link to the package released by the Virginia Legislative Black Caucus.

Several of the proposals of the Black Caucus are what I have called broad, “aspirational” goals. They describe the ultimate goal, but do not provide the details on how to reach the goal. On the other hand, the Senate Democratic Caucus put forth more specific proposals

For your ease in following the action, I have consolidated them into a side-by-side comparison. (It can be found here.) I took the liberty of organizing them a little bit differently than the two organizations did and of providing some comments of my own on some of the proposals.

Converting broad ideas into legislative language necessarily involves providing for definitions, contingencies, exceptions, etc. that cannot be included in a summary listing of proposals. Probably the most valuable lesson I learned from years sitting in on meetings of the House Courts of Justice Subcommittee on Criminal Laws was that even the most beneficial-seeming legislation could have unforeseen consequences. It is the job of the members on the committee to poke at the language and ferret out those potential consequences and somehow deal with them. In my comments, I try to identify some of those potentialities, but I do not pretend to have seen them all, not by any means. My primary purpose was to illustrate the complexities in drafting legislation, particularly in the public safety arena.

The Speaker of the House has announced the formation of a special committee that will consider criminal justice reform proposals in the weeks before the special session convenes. In reality, this special committee is the result of combining two standing committees—the Courts of Justice Committee and the Public Safety Committee. Although the first announcements implied there would be public hearings, apparently this is not going to be the case, due to the pandemic. It seems there will be three joint meetings of the two committees that will be open to the public on-line, with opportunity for the public to offer spoken or written comment. With 40 legislators participating, along with the public trying to get comments in, I anticipate a lot of confusion and not much resolution. At the minimum, perhaps the meetings will succeed in identifying many of the details that will need addressing.

From Sen. Scott Surovell’s comments on Bacon’s Rebellion, which I certainly appreciated, it was obvious that the Senate Democrats have been conferring among themselves considerably behind the scenes.

Just so that I cannot be accused of shortchanging the Legislative Black Caucus, its list of proposals did include measures intended to provide COVID-19 relief and protection. Because they do not relate to law enforcement reform, I did not include them in the side-by-side comparison. For your information, they are: