Yes, Virginia, There Is Critical Race Theory In Our Schools 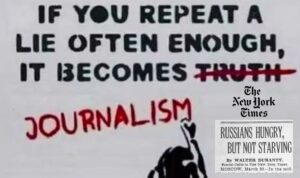 School districts across Virginia have been expending resources, directing staff time, and hiring consultants to address “equity” in curriculum delivery and for professional development of teachers and other employees. Fairfax and Loudoun County, the two largest counties in the Commonwealth, have set the lead in driving the changes in education and embracing critical race theory and “anti-bias” in their respective divisions.

Critical Race Theory (CRT) pushes the distorted concept that the most important thing about a person is his or her race. It divides people by those who are “minoritized” and those who are “privileged” and “oppressors,” advancing Marxist ideology that, by default, all interactions are derived from racism, our history and nation is built on racism, and all inequities are, yes, ascribed to racism. The color of one’s skin defines whether they are racist, not their beliefs or actions.

As a result, to undo the professed mantle of inherent racism in all aspects of society, CRT demands “diversity, equity, and inclusion”, addressing “justice”, and, according to activists like Ibrahm X. Kendi, the Center for Antiracist Research director at Boston University, requires people to become “anti-racist.”

Efforts to rewrite social studies curriculum with a goal of teaching from “diverse perspectives” began with Fairfax County teachers in 2018, joining with teachers from Albemarle, Charlottesville and the City of Virginia Beach. It later became a statewide endeavor to create an “anti-racist and culturally-responsive” curriculum, joined by teachers from Madison and Powhatan counties. The effort centered first on rewriting the fourth grade Virginia Studies curriculum.

At that time, Fairfax County Public Schools’ (FCPS) social studies coordinator, Colleen Eddy, identified that the work was intended to address the “overrepresentation of white and Eurocentric history” and the lack of “diverse perspectives in education.” The overhaul of the curriculum was done in collaboration with the framework created by Teaching Tolerance, an extension of the Southern Poverty Law Center (SPLC), which has since been re-monikered to “Learning for Justice.” The objective was to “examine materials, events, and institutions critically attending to power, position, and bias,” with the intended use in 3rd, 4th, 6th, 7th, and 11th-grade classrooms.

A perusal of the Learning for Justice professional development and materials pre-populated for teachers to deliver in K-12 classrooms includes articles like one in which a teacher calls for “educators to commit to making schools — at all levels — critical active conscience spaces that center people long denied space, voice and freedom.”

Long before the Nikole Hannah-Jones and The New York Times Magazine’s divisive and erroneous “1619 Project”, which the NYT was later forced to quietly correct, the SPLC’s Teaching Tolerance list of “Essential Knowledge” included direction for teaching 3rd through 5th graders that “the United States was founded on protecting the interests of white, Christian men who owned property,” that the foundational growth of the U.S. economy was slavery, and that our founding documents were created to “protect the institution of slavery.”

In a July 2020 press release, FCPS included a comprehensive background on the work done by the division, its influence to collaborate across the state, and the work of Eddy to effect curriculum changes related to “bias, identity, and multiple perspectives” that had been done over the prior 18 months.

Simultaneous to the overhaul of curriculum materials by FCPS staff, Fairfax County residents experienced the unprecedented deployment of the policy known as “One Fairfax.” The Board of Supervisors and School Board swiftly adopted the declaration of a broad new effort to make all decisions in the county – on everything from education, housing, policing, and the budget – through the “lens of equity.” Outside consultants hired to advise staff in the county and school system successfully advanced the “lens of equity” progressive agenda, which has also been embedded in cities across the country and is backed by funding from George Soros.

In like-minded concert, the FCPS School Board secured a presentation by Kendi, expending $44,000 for a one-hour presentation — which they have refused to release publicly — and a supply of his books, inevitably bound for distribution to teachers and staff to further their “equity-driven” professional development.

In short order after the adoption of “One Fairfax,” policy decisions by FCPS on crucial issues such as school boundaries were made by setting the “socioeconomic and/or racial composition of students” as the primary criteria for establishing school boundaries.

The new demand of “One Fairfax” to embed “equity” in all decisions was then turned on the nation’s top ranked Thomas Jefferson High School for Science and Technology (TJHSST). FCPS’ Superintendent Scott Brabrand, who had previously eliminated the executive role of a ‘Chief Academic Officer’ in exchange for a ‘Chief Equity Officer’, announced the revised TJHSST admissions plan to reduce the number of Asian students at the selective governor’s high school.

Brabrand laid out the plan for the School Board to eliminate the existing merit-based admissions test, designed to ensure selection of students with the greatest aptitude for math and science – regardless of race – and adopt in its place a “merit lottery.” The then-proposed and since-adopted admissions plan — now the subject of a lawsuit – opened TJHSST to all eighth-graders, merely establishing a minimum GPA of 3.5 to ostensibly increase “equity of opportunity.”

As the effort to revamp curriculum expanded beyond Fairfax County with the statewide work undertaken in 2018 and 2019, FCPS’ Eddy then became appointed to the “Culturally Relevant and Inclusive Education Practices Advisory Committee” to the Virginia Department of Education (VDOE), established by direction of the 2020 Legislative Session of the Virginia General Assembly.

The legislation passed by the General Assembly calls for submission of recommendations on history and social science Standards of Learning by the Committee to the VDOE for a 2021-2022 review, which the Board of Education “shall consider” with required input on matters such as “historical dehumanizing injustice and discrimination” and “acknowledgment of inequity on the individual level, such as biased speech and harassment, and injustice at the institutional or systemic level, such as discrimination, and the harmful impact of inequity and injustice on the community, historically and today.”

The division and statewide-level work that has been cloaked under the guise of being “inclusive,” “cultural responsive,” ensuring “equity,” and embracing “anti-racism” is well documented. The underlying themes are driving people to be consumed about race over individual conduct, promoting race-shaming students, welcoming dangerous Marxist ideology, and working to divide an educational system by teaching young children to see and judge people by race, rather than by class or character.

Parents in Loudoun, including those who survived the Maoist purge, have been particularly vocal about pushing back on their school board, with minority parents decrying the actual racism that is behind and promoted by critical race theory. Instead of authentic conversations about what unites us as Virginians and Americans, parents are calling for school boards to end to this hate-promoting, divisive indoctrination in our classrooms.

So, yes Virginia; despite protestations of school boards in Fairfax and Loudoun that they are not “teaching” it, there has been a comprehensive, deliberative, and manipulative effort of school staff and the school boards, underway for years. The tactics have been advised and funded by outside progressive consultants, groups, and money — then intentionally expanded statewide — to embrace and deeply-embed critical race theory in our schools.

Elizabeth L. Schultz, a Senior Fellow for Parents Defending Education, is the mother of four sons, three former FCPS students and one current student. This column, republished with permission, was published originally in The Fairfax County Times.

This entry was posted in Culture wars, Race and race relations and tagged Guest contributors. Bookmark the permalink.