Wind Power Is Beautiful But Expensive 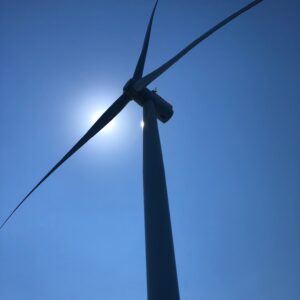 Offshore wind turbines are works of engineering beauty. Soaring as high as the Washington Monument, they are a magnificent sight to behold, as I saw for myself on an excursion Wednesday to view Dominion Energy’s two experimental wind turbines up close. The towers are also very expensive — not just the two pilot turbines, which no one pretended at $300 million for the pair would produce economical electricity, but the fully built-out wind farm with 180 turbines at a cost currently estimated at $7.8 billion.

If the only cost you consider is the expense of erecting a turbine itself, offshore wind can look competitive with solar and combined-cycle natural gas. Dominion officials estimate their wind turbines will generate electricity at a cost of 8 cents to 9 cents per kilowatt hour. That’s less than the average rate of $10.83 cents per kilowatt hour Dominion charges its customers.

I was reminded Wednesday that complying with the Virginia Clean Energy Act (VCEA) — being 100% carbon free by 2045 in Dominion’s service territory — will cost ratepayers billions of dollars. Dominion officials estimate that Virginia will see 3% year-over-year increases in their electricity bills over 10 years just to meet the intermediate 2030 goals. That could amount to more than $800 per year more than the status-quo scenario, according to State Corporation Commission findings, although environmentalists say that calculation doesn’t take into account the cost savings from energy-efficiency measures included in the legislation.

That $800 is just a best guess by the SCC staff. There are many uncertainties. On the potentially positive side, the estimated $7.8 billion cost of developing Dominion’s wind farm may come down substantially. The performance of the two experimental turbines is so much better than expected that Dominion is expecting to require only 180 wind turbines to meet its legislatively mandated wind goals, not 220. That could save hundreds of millions of dollars.

On the other hand, Dominion needs to plug all that offshore electricity into its grid on the mainland. Building a transmission line offshore will be easy. The windmills will be arrayed in groups of 60, each with its own offshore substation for converting the electricity into a form that customers can use. An underground cable will travel under the seabed for some 27 miles and come ashore at Camp Pendleton. Once it hits land is when the regulatory trouble will begin. The line will have to cross numerous residential subdivisions, and if there is one thing guarantee to mobilize homeowner opposition it’s the prospect of staring at a giant transmission line out the back window.

At present Dominion expects part of the transmission line to run above ground and part to run underground. Predictably, there will be calls to bury the line underground anywhere it might intrude upon homeowners’ viewsheds. Trouble is, the cost of burying transmission lines is five times that of stringing it overhead.

Reliability and resilience are another issue. The wind farm will be designed to have a total capacity of 2,640 megawatts. That’s huge — it’s 50% bigger than the capacity of the two nuclear power units at the Surry Power Station. Unlike Surry, wind farms generate electricity when the wind feels like blowing, not necessarily when consumers demand it. Dominion must maintain backup power sources — gas-fired turbines that can rapidly dial output up and down, pumped storage capacity, electric batteries (still very expensive), or hydrogen fuel cells (still experimental). Whatever the method chosen, that backup capacity will wind up sitting idle much of the time at great expense.

The only other alternative would be to import electricity from outside Dominion’s service territory. But that would entail building more electric transmission lines, a sure-fire way of making enemies and alienating people.