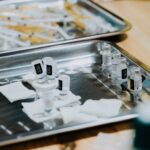 Well, it looks like America went from 15 days to slow the spread to vaccine goon squads fanning out across the country, going door to door to demand that everyone get vaccinated against COVID-19.

Who didn’t see this coming?

According to a story in The New York Post, President Joe Biden announced Tuesday that his administration would step up efforts to get Americans vaccinated against COVID-19 with a new program that would go ‘door to door, literally knocking on doors,’ urging people to get the shots…

The administration failed to reach its self-imposed goal of having 70% of the nation’s eligible people at least partially vaccinated by July 4th. In a briefing earlier in the day, Press Secretary Jen Psaki said that by the end of this week nearly 160 million Americans would be fully vaccinated.

When asked about whether the administration would halt or slow initiatives to convince Americans to take the vaccine now that the remaining hold outs seem unwilling, Psaki insisted that efforts would continue, though she did rule out any federal mandates for now.

If the thought of medical brown shirts on your doorstep doesn’t worry you, you’ve lost your love of liberty. Understandable, I suppose, given the sweeping suspension of civil liberties during 15 months of arbitrary emergency orders.

Fact is, vaccines have been free and available to all adult Americans for months. If after weighing the risks and benefits of the shots, folks declined them, that’s their business.

The good news is the numbers of Americans testing positive for COVID-19 are down sharply from the highs of January, hospitalizations have cratered and so have the numbers of deaths from COVID-19.

But that isn’t good enough for the public health potentates running the country. They seem convinced that the “vaccine hesitant” crowd will roll up their sleeves if only government agents pound on their doors and scare them into submission.

To that end, the Biden administration has also been relentlessly hyping the “Delta” variant, which seems to be more contagious, but far less deadly than earlier versions of the virus. In fact, the symptoms sound suspiciously like a — dare I say it? — a head cold.

Everything I've seen indicates that Delta is a cold. Has anyone seen anything differently? https://t.co/9Lplgq7CzY

Of course, if the Delta variant isn’t enough to frighten folks into vaccinations, the Lambda version is waiting in the wings. If that doesn’t scare the bejabbers out of the unvaccinated, just wait for the Theta model.

No doubt the mainstream media will dutifully hype the danger of each.

Look, many of us have had enough hysteria, exaggerations and government intervention during the pandemic to last a lifetime. We want no more lockdowns, no more mask mandates, no one on our doorsteps.

Tell Joe that sending his lieutenants to pound on doors is not going to turn out the way he thinks it will.

Enough. Leave folks alone. This is getting creepy.