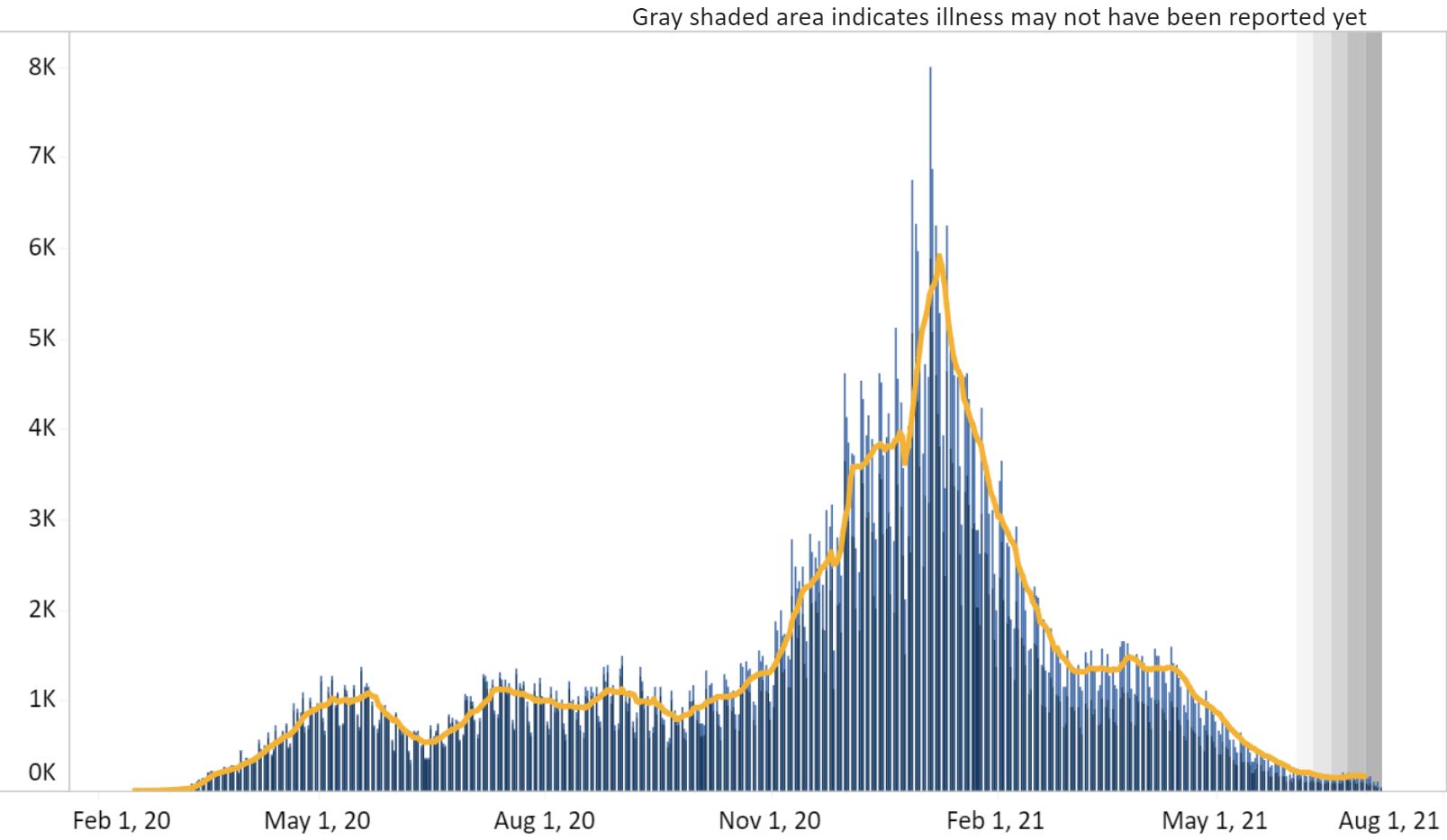 You wouldn’t know it from media hyperventilating over the Delta variant of COVID-19, but Virginia health authorities are reporting only 200 or so confirmed cases of the virus daily — the lowest level since mid-March when the epidemic was first taking hold in the state.

The seven-day moving average for hospitalizations is down to about 10 per day, and the average for deaths, a lagging indicator, is below ten.

I’m reporting these numbers to provide context for the preceding column in which Kerry Dougherty decried President Joe Biden’s announcement that the government will send people door-to-door to encourage people to take the COVID-19 vaccine. (Although Virginia’s COVID-19 state of emergency expired June 30, most of the state’s public universities are mandating vaccinations for students returning to campus this fall.)

Here’s why the numbers have fallen so low. First, after a stumbling start, Virginia has done a reasonably good job of administering the vaccine. The Virginia Department of Health reports that 8.7 million vaccines have been given. Between the 300,000 Johnson & Johnson vaccines which require only one dose and the 8.4 million Pfizer and Moderna vaccines, which require two, that implies that roughly 4.5 million of Virginia’s 8.5 million citizens have received the vaccine.

Additionally, VDH reports 682,000 confirmed and “probable” cases of COVID-19 cases. This figure is undoubtedly low because many people who caught the virus displayed no symptoms and were never tested for it. The level of immunity for COVID survivors equals or exceeds that of vaccinated individuals.

Finally, the vast majority of the remaining unvaccinated population consists of young people — accounting for about 28% of Virginia’s population — most of whom  are highly resistant to the vaccine. The 18-and-under population accounts for nearly 2.8 million people.

In sum, roughly 7.5 million people have either (1) been vaccinated, (2) recovered from the virus, and/or (3) belong to the highly resistant 18-and-under population. (There may be some overlap in those numbers, but they give us a rough picture.) That’s not herd immunity, but it’s approaching herd immunity. The virus is circulating among the roughly 1 million Virginians who fall into none of those categories. COVID-19 will continue spreading in that population, but no matter how virulent the latest mutations, the numbers will remain subdued.