What Virginia Can Do to Temper Inflation 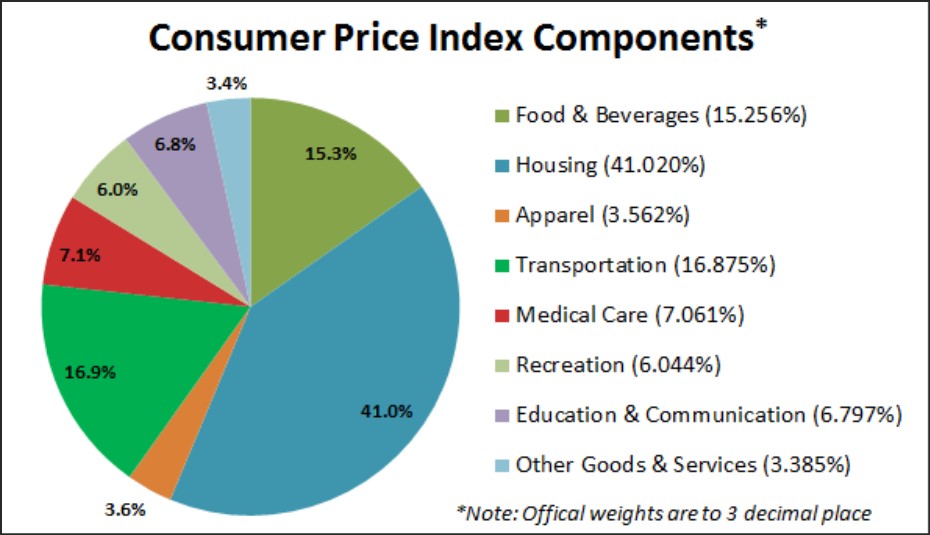 Governor Glenn Youngkin has proposed using $437 million in unanticipated transportation revenues, much of it generated by the wholesale tax on gasoline, to give Virginians a three-month break on the 26-cent retail gasoline tax.

During his campaign, Youngkin ran on a platform of addressing Virginia’s high cost of living and reversing the erosion of middle-class living standards. A vacation on the gasoline tax is certainly consistent with that theme. And with inflation running at nearly 8% over the past 12 months, Virginians need help wherever they can find it. They will find no succor from Democrats, whose list of unmet societal “needs” is endless. They are delighted to spend every dime in tax revenue on one of their favored causes — which, alas, rarely includes helping financially strapped middle-class taxpayers.

While Youngkin has identified a winning issue, he needs to think bigger and more systematically. It’s fine to dial back the gasoline tax for a time, remove the sales tax on groceries, and try to repeal the Regional Greenhouse Gas Initiative (RGGI) carbon tax, but there is so much more that he can do.

Forty-one percent of the cost of living, as calculated by the Bureau of Labor Statistics, is housing, 17% transportation, 7% medical care, and almost 7% education. Each of these categories is, to some degree, influenced by state-level budgetary and regulatory policy.

Housing. The first place to start a serious effort to reduce the cost of living in Virginia is to tackle the affordable housing issue. The median cost of housing in the country in 2021, as measured by the Zillow Home Value Index, was $293,000, according to Fool.com. In Virginia, the median was $329,000 — or 12% higher. Admittedly, that’s a rough measure. The numbers don’t account for variability in housing quality — some houses have more square footage and nicer amenities than others — or variability by geography. But it’s a good rough-and-ready yardstick.

The cost of housing is directly tied to government policy. There is no land shortage in Virginia. But there is a shortage of housing supply. New housing construction has not kept pace with the increase in population. While there may be temporary supply-side constraints such as timber and labor, over the long run, supply is constrained by government regulation — taxes, environmental restrictions, and zoning codes. Those codes and regulations exist for a reason, so they cannot be repealed willy-nilly. But Youngkin should make it a centerpiece of his term in office to address the cost of housing in the state.

Transportation. When we think of the cost of transportation, we think of the cost of purchasing automobiles — which has been heading up. There is little state government can do to reduce the cost of vehicles other than encourage competition in retail automobile sales (which is stacked in favor of the automobile dealers lobby). But Youngkin can resist environmentalist efforts to accelerate the phase-out of internal combustion automobiles in favor of more expensive electric vehicles. Let the market sort out the pros and cons of EVs versus combustion, and let consumers make their own choices.

While the state has limited power to determine the price of automobiles, zoning plans and other state/local-level policies influence the shape of human settlement patterns, which in turn influence how many miles people drive each year. Fewer miles driven translate directly into lower out-of-pocket costs. People who live in higher-density, mixed-use neighborhoods walk more, take more mass transit, and travel shorter distances when they do drive, and as a consequence they spend less on transportation. Development of such neighborhoods should be encouraged. There is a trade-off, however, between transportation costs (which are lower in more densely settled areas) and housing costs (which tend to be higher) that policy makers must be cognizant of. As always, the optimal policy is to allow developers more freedom to respond to changing market conditions and more latitude for consumers (to borrow from economic jargon) to maximize their own utility.

Energy. Compared to housing and transportation, electricity and natural gas are modest parts of the household budget. But they are part of the equation, and the price to consumers is influenced by public policy. At present, Virginia’s energy policy is driven by the mandate to reach zero carbon emissions in the electric grid by 2050, which supersedes the priorities of cost and reliability. A policy geared to containing the cost of living would repeal those mandates and allow an evolution toward zero carbon at a pace made possible by new technologies and business innovations.

Healthcare. Health care as a percentage of Gross National Product has leveled off at around 18%, which is considerably higher than the 7% healthcare cost component in the CPI. I presume that 7% figure represents out-of-pocket costs to consumers. Healthcare is the most tightly-regulated and most immune to market forces of any sector in the economy. There is nothing resembling a free market in health care. The system is the product of state and federal regulatory policy. Here in Virginia, we need to repeal the Certificate of Public Need (COPN) to increase provider competition, break up health system oligopolies, scrutinize profit margins of “nonprofit” providers, reform medical occupational licensing, encourage private-sector health insurance competition, and above all else create price transparency so consumers can exercise power in the marketplace.

Education. The cost of higher education has been out of control. Government policy has been to mitigate the ever-rising cost of attendance by providing more financial assistance, much of it through borrowing. The consequence of open-ended subsidies is that colleges and universities in Virginia’s public system of higher education have been free to pursue their own agendas of increasing institutional prestige and achieving ideological purity rather than boosting productivity and improving outcomes, even as they pass higher costs to students in the form of tuition, fees, room, board and extras. Direct state subsidies to higher education are part of the problem, too, albeit a smaller part. That support has declined over the years as other priorities — particularly a massive expansion of Medicaid spending — have grabbed a bigger share of Virginia’s general fund budget. The cost of paying for college has become a crippling financial burden for the middle class. Youngkin would do well to focus on this issue.

It is beyond Youngkin’s power — or the power of state and local government — to reverse soaring inflation, which is largely a phenomenon of federal fiscal and monetary policy. But there are ways in which state action can make a tangible contribution to reducing the cost of living. The governor needs to pursue all of them.

This entry was posted in Education (K-12), Efficiency in government, Energy, Health Care, Inflation, Land use & development, Transportation and tagged James A. Bacon. Bookmark the permalink.