What is a Good School, How is One Measured and How do Poor Schools Improve? 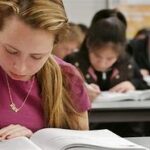 I wrote yesterday about the dumpster fires that were Fredericksburg Public Schools during and immediately after the pandemic.

It is not clear how and whether the children, with whose well being, development and education those schools and their parents were charged, will ever recover from the experience.

Under current practice in Virginia, the school board in Fredericksburg will need to decide on the future of its superintendent.  The citizens will decide whether they need a new school board.

But there are proven forensic approaches to determine what happened and, more importantly, to understand how to prevent it from happening again.

The obvious next question is what the state can do about failing schools.  School boards are made virtually independent actors by Virginia’s constitution.

But the Board of Education has levers of control.  The Department of Education has money.  And the board has constitutional control over the qualifications and professional licenses of the superintendents and the endorsements that allow persons to become principals.

I propose that the Board use that authority and funding to recognize and financially reward leaders successful in improving poor performing schools and remove the credentials of principals and superintendents proven unable to do so.

If that second part sounds harsh, so are the problems.

The question then is how to define success and failure and how to measure them?

And, ideally, how do we spot pending failure so corrective actions can be taken before the children and teachers go down with the ship.

Licensing and endorsement.  To make the point about the levers, there will be a meeting today of the Board of Education to vote on giving a superintendent’s license to a controversial candidate put forward by the school board of Spotsylvania County.

The Fredericksburg Free Lance-Star has editorialized against his licensure.  We’ll see what happens.

But the state power to grant a license includes the power to take it away.  While licensing activities must make sure they do not raise First Amendment issues, the licensing of actions not commonly associated with expression is given little, if any, First Amendment scrutiny.

The standards for granting and rescinding a license must measurably advance the goals of the state in granting it.  Thus the question of how does the state determine its goals and make sure that its licensing criteria advance those goals must be examined.

The four options for being a candidate for a superintendent license are written with the ed schools at the front of the line.

The two years of administration/supervision are not noted as needing to have been “successful”.

Option 2.  By contrast with the first option, a candidate with a Masters Degree and 30 graduate semester hours beyond the masters degree must have “demonstrated competencies” in 41 enumerated areas of endeavor.

Forty-one.  That means to me that Virginia has not been able to coherently define success, much less the measures that are predictive of success.  We need a better system.

There is no indication anywhere that the required competencies have been validated as necessary for and predictive of a successful school superintendent.  They appear, frankly, to be a punch list developed from an ed school catalog.

No one can “demonstrate” competencies in those subjective and apparently random standards.  Option 2 is clearly a penalty box for those candidates unwise enough not to have paid an ed school for a doctoral degree in order to skip them.

Option 3 says never mind any of that if the candidate is licensed as a superintendent in another state.

Option 4, the one on which the Spotsylvania candidate is being judged today, requires a masters degree of any sort and “a minimum three years of successful (that word again), full-time experience in a senior leadership position, such as chief executive officer or senior military officer”. And he or she must be recommended by a Virginia School Board who wishes to hire that candidate.

Principals division.  The regulation for an endorsement for administration and supervision preK-12, the ticket principals and AP’s need, is based nearly entirely on education credentials and “successful” teaching experience.

It even has a option for an endorsement that no one else need recognize.  See Level I, Option II: “Alternate route to Level I administration and supervision preK-12 endorsement restricted to the Virginia school division in which the superintendent submitted the recommendation for endorsement.”

There are no provisions for renewing a principal’s endorsement, but no reason that such an endorsement cannot be removed for poor performance in office.

The military, even when I was in it right after the earth cooled, has had command climate surveys for a very long time.  I served at a time before we had women on ships, so a lot of the command climate measures have been updated for that necessary change.   But the measurements were there.

But nobody got to make a survey of their favorite questions and task the 2500 officers and men in my air wing to fill it out.

They were scientifically arrived at.  And acted upon, including removing commanders.

The science in organizational climate surveys is crucial to measure what the organization wants from the survey. They were created by the Navy to measure the ability of the command to meet military objectives.  And yes, there were HR-type questions.  Important ones.

The scientists involved in survey design are forensic psychologists and statisticians.

National standards for surveys that identify the climate of schools.  The Department of Education has has compiled a list of valid and reliable school climate survey batteries to support states, districts and schools.

One of them, Authoritative School Climate Survey, was developed in Virginia by scientists from UVa over more than a decade with the participation of every Virginia public high school and middle school in the state.

The “authoritative school’ model was named in reference to the authoritative parent theory first proposed by Diane Baumrind in 1966.  Authoritative schools feature strict but fair rules for children, high expectations and loving support. Authoritarian schools are missing the support part.

The extensive research conducted by UVa that yielded the authoritative school climate survey and its associated theory was paid for by grants over two decades from both the Department of Justice and the Department of Education.

The constructs of that survey include:

The one page research summaries here are useful.

The items in the survey and the survey itself were tested and replicated here and overseas and shown to be predictive of school – meaning teacher and student – success measured multiple ways, including equity.

We will explore the Authoritative School Climate Survey and its associated theory more in a follow-on article.

Virginia school climate and safety surveys.  Most divisions run good school systems.  Most of Virginia’s schools are good ones.

But there are divisions and individual schools that are failing and have failed for a long time.

No one can claim in the face of the educational disasters in Fredericksburg and other school divisions across the state and individual school failures in otherwise successful divisions that the school climate survey system is working as it should.

Some of these are longstanding issues at the school board and superintendent level that have rendered some divisions impervious to improvement.  The state cannot fix the school board issues without a constitutional amendment.

But if school climate and safety surveys cannot be and are not used to make corrections, what are they for?

If there are no rewards for success and consequences for failure, we are not doing it right.

The state has four steps it can take:

We will look later at why, and why it matters.