Were Virginia Lawmakers Stoned When They Legalized Pot? 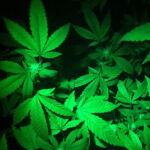 No one ever accused the current members of the Virginia General Assembly of crafting elegant laws.

But the new bill that legalized marijuana this week is so confusing that the lawmakers must have been stoned when they wrote it.

The measure was supposed to take effect on January 1, 2024, with a framework in place for regulating, selling and taxing marijuana. But the majority in the General Assembly couldn’t wait that long so they concocted a cockamamie plan that divided the legalization into two ridiculous parts.

As of Thursday it became perfectly legal for anyone over 21 in Virginia to possess up to one ounce of pot.

But it won’t be legal to BUY marijuana in Virginia until January 1, 2024. By then, the rules governing the sale and distribution will be crafted by the governor-appointed Virginia Cannabis Control Authority.

Sort of like the parole board, only with the munchies.

So we are left with this vague, unsatisfactory law that says it’s legal to possess weed, but Virginians can neither sell it nor buy it.

Question is, how the heck are marijuana lovers supposed to secure the newly legal product?

Answer: Same place they always have, from their local dealer, who is breaking the law to sell it to them.

Of course a friend can share his or her stash, but it’s illegal to pay or barter for it. And where do you suppose that friend got his dope?

Of course you can always grow your own. Every adult Virginian is permitted to have four marijuana plants as long as they’re labeled and out of sight.

Fair enough, but where do Virginians get seeds?

From a dealer, of course, who will be breaking the law to sell them.

Or, one can go to a “seed sharing” event like the one in Richmond on Thursday. Would-be cultivators lined up for hours to get their hands on “legally donated” six seeds each outside a CBD store. I hope they’re the patient type. According to growweedeasy.com it takes three to five months for a marijuana plant to mature.

Lawmakers hoped that by legalizing marijuana they would put the underground market out of business.

But until 2024, when licenses will be issued and retail rules will be in place, it will be a very good time to illegally deal drugs in the Old Dominion.

This entry was posted in Uncategorized and tagged Kerry Dougherty, marijuana. Bookmark the permalink.