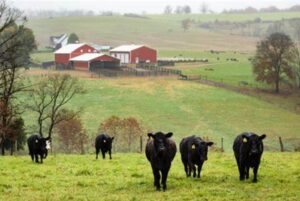 There’s a lot of talk in the environmental community about “environmental justice,” but here in Virginia, nearly all of the $1.8 billion spent on land conservation over the past two decades mostly benefited well-to-do white people. That observation doesn’t come from me (although it sounds like something I would say). It comes from Matthew Strickler, Virginia’s Secretary of Natural Resources.

More than 30% of conservation easements have gone to land conservation in five counties — Loudoun, Albemarle, Fauquier, Culpeper and Orange — all of which have Black populations below the 19.9% state average.

“In fairness, rural areas are where the land is, and many rural areas have lower minority populations,” Strickler said. “But rural places like the Eastern Shore, western Hampton Roads and some parts of Southside Virginia have higher than average African American populations and are not even in the top 10 localities.”

Environmentalists have engaged in racial bean counting whenever it suits their purposes. Most visibly in recent years, foes of the Atlantic Coast Pipeline made a racial issue of a compressor station that Dominion Energy proposed to locate in what turned out to be a predominantly African-American community in Buckingham County. With this new report, the racialization of statistical disparities has turned around to bite environmentalists in the ass.

Strickler made the comments Tuesday to the state’s Commission to Examine Racial and Economic Inequality in Virginia Law, reports The Virginia Mercury.

“Land ownership and land conservation incentives in Virginia are really at this point relics of a past that has actively discriminated against people of color and didn’t allow them to benefit from land ownership or in many cases even land access,” said Strickler.

“Simply continuing to give huge tax breaks to a largely White landowning class in order for them to continue to keep doing what it is that they’re already doing is not a 21st-century land conservation policy, and it’s certainly not equitable,” he added.

The tax credits are among the most generous in the country. Participating landowners receive a tax credit equal to 40% of the value of their easement, with a statewide allocation capped at $75 million. Credits can be sold and combined with federal conservation easements. Roughly half of the tax credit deals happening in Virginia involve an LLC or other entity rather than an individual.

“We know the credits are being transferred a lot,” said Deputy Secretary of Natural Resources Joshua Saks. ‘We don’t know exactly who is benefiting from that.”

Ever since the state capped the tax credits at $75 million annually, demand  exceeds supply. Most conservation easements have gone to preserve farmland, and many of the beneficiaries were land-owning gentry who operated horse farms and vineyards in the rolling hills of Virginia’s northern piedmont. In recent years, greater emphasis has been placed on preserving ecologically sensitive areas.

Speaking in favor of the easements, one can say that they have played a vital role in preserving some of Virginia’s most picturesque landscapes and viewsheds from incursions by utilities and housing developers. Virginia’s horse-and-wine country is a treasure not only to the people who live there but to those who like to visit. (I’m one of them.)

But there is a certain cosmic justice at play here. Virginia’s woke white rural gentry weaponized disparities in racial statistics to block projects they didn’t like, whether they be gas pipelines, electric transmission lines, or gas-fueled power plants. The proposed 600-mile Atlantic Coast Pipeline was a classic example. Across most of its length, the pipeline route crossed land mostly owned by Whites. But foes managed to block construction of a crucial compressor station that happened to be located in a predominantly Black community.

Statistical-disparities-as-racism, it appears, has taken on a life of its own. Zealously looking for disparities in every sphere of human existence, racial bean counters have turned their gaze to the disparities among conservation-easement beneficiaries. Strickler says the program should “provide more regional diversity and more opportunities for minority populations.”

It will be interesting to see the reaction of my old friends at the Piedmont Environmental Council, which has been a fierce advocate of the conservation easements. Members of that organization are very liberal and very woke. But a wholesale re-evaluation of how conservation easements are allocated would eliminate the most valuable tool they have to safeguard their communities from utilities and developers. Which is more important to them — their homes or what passes for social justice?

This entry was posted in Land use & development, Race and race relations and tagged James A. Bacon. Bookmark the permalink.