Wilder’s Take on the McAuliffe-Youngkin Race 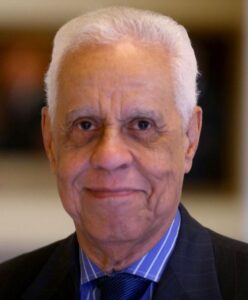 Yesterday I spoke with former Governor Doug Wilder regarding the recently released poll by Virginia Commonwealth University’s Wilder School on the 2021 governor race.

That conversation is one that I will remember for a very long time in that here’s a former governor who, at the age of 90, is still actively engaged in Virginia politics because he honestly just gives a damn about the future of the Commonwealth.

When he picked up the phone for our interview, I naturally asked him:
Governor, how are you today?

Without missing a beat came the upbeat and wise reply:

My favorite quote from the interview was this:

Truth is not partisan.

Doug Wilder dished out not only truth, but also wisdom — and frustration.

The entire VCU Wilder School poll can be accessed by clicking here.

Top line data — Terry McAuliffe 40, Glenn Youngkin 37, and Undecided 23.
The key takeaways for Wilder were “the closeness” of the race in that VCU has it at 40-37 with 23% undecided and that there was very little enthusiasm about the contest thus far.

It irked the former governor how close we are to the election and yet the public knows “very little” about either nominee – Democrat Terry McAuliffe and Republican Glenn Youngkin.

Wilder said that if he were Terry McAuliffe he would “be very concerned” since McAuliffe, a former governor, was at 40% just over two months from Election Day and there are no issues “connecting him to the people” along with “no real breakdown of the issues” for either nominee.

This backs up what both campaigns say about each other.

But let’s be honest, that’s by design. In football, if you are ahead in the late stages of a game, you play what is called Prevent Defense — you give up a lot of yards but hopefully not enough points to lose. You prevent losing.

Doug Wilder was ardently non-partisan throughout the entire conversation focusing on the data from the poll and his observations of the race. He felt the poll sampling was good reflecting the composition of the Commonwealth. This one also lines up generally with the other polls released so far.

VCU will be doing two more polls on this race – one in early September and then in early October.

When I pointed out that Biden’s numbers in this poll were at 51-47 before the collapse of Kabul and that USA Today/Suffolk poll had the president at just at a 41% approval, Wilder agreed:

That is not going to help (McAuliffe) if Biden is going to campaign with him.
Wilder also thinks that the “anti-Trump sentiment” is now just “wafting in the air – he’s gone! As a voter, what can I do to Trump?”

At every turn in the conversation, I would try to steer it back to a particular candidate but Wilder would turn it to the voters. He openly chastised both candidates without naming them directly for not answering the question,
Why should I vote for you? Voters are not stupid. If it’s more education spending, be specific. How much more and where will the money come from? Voters want to vote for something.

Wilder was also very clear that “both candidates need to articulate relative to minorities specifically” their plans for K-12 education, Historically Black Colleges and Universities (HBCUs), broadband, and public safety.

He was especially pointed on K-12 education and charter schools noting – again — the need for specifics on key areas like early childhood education, “nourishment, and transportation.”

While Wilder was openly critical about the lack of accountability for local school boards and questioned the efficacy of having elected school boards, he said that “their hands are tied” since they ultimately don’t control the budgets of the school system.

Who suffers? Those who have suffered for generations – minorities.

If I can blend Wilder’s quote about truth being non partisan with a line from the Netflix movie The Two Popes during the scene when Pope Francis is hearing the confession of Pope Benedict XVI:

Truth may be vital, and is not partisan, but without love, it can be unbearable.

I think that’s why Doug Wilder is still relevant in our political discourse.
The truth is that the man still loves the Commonwealth, its people, and our future.

For that, Good on Doug Wilder and may God grant him many more days.

Chris Saxman is executive director of Virginia FREE. This column is republished with permission from The Intersection on Substack.