Time to Be Honest about COVID-19 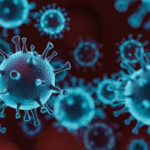 Two remarkable stories dominate headlines this morning – Donald Trump has COVID-19 and some 5,000 Virginia college students also have the virus.

The infection of Trump throws an already chaotic presidential race into further confusion. State colleges are scrambling to find what to do about viral infections since the numbers have exploded from about 500 a month ago to 5,000 today.

This is no time to say, “I told you so,” but many on this blog really need to ask themselves about their efforts to minimize the worst health crisis the nation has faced. Already 205,000 Americans have died of the coronavirus, but somehow that has not deterred the naysayers.

We have seen a steady and often snarky campaign to reopen Virginia Beach, send kids back to school too soon, reopen business and blame Gov. Ralph Northam for trying to take needed precautions that just about every other state governor has done.

It’s as if bloggers and commenters here have been taking their cues from Trump who lied about the dangers of the virus earlier this year, has ridiculed wearing face masks and has handed out inaccurate or dishonest information about efforts to contain the pandemic. He has even contradicted his own health professionals.

Here in Virginia, teachers associations have warned about the dangers of premature in-class instruction. Bloggers here have insulted them by calling them cowards.

Of the 5,000 college students infected, some 3,000 are at Virginia Tech, James Madison and the University of Virginia, some of the largest schools. According to the New York Times, some 130,000 students have been infected nationally.

A few more takeaways about today’s news: Trump’s illness makes the election, just a month away, even murkier. He and his wife are in quarantine and have had to cancel campaign events. How long he’ll be out is anyone’s guess.

Trump, who has mocked wearing masks, is at greater risk because of his age and obesity. Consider that U.K. Prime Minister Boris Johnson nearly died in an intensive care unit after he caught the virus a few months ago.

In Tuesday’s absolutely awful debate, Trump continued to belittle the danger of the virus.

Here in Virginia, Gov. Northam and his wife also have COVID 19. After that new was released, the Northams were targets of unfair and downright stupid criticism. I cringed when I read such things on this blog.

In any event, it’s time for a real examination of the threat of COVID-19. As it stands, Bacon’s Rebellion is very much on the wrong side of history.