The Trouble with Guaranteed Student Loans 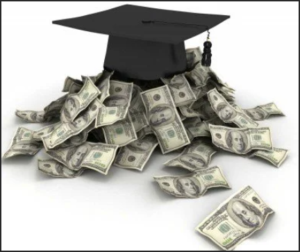 I benefitted directly from the guaranteed student loan program. Unlike most of my colleagues, I was a first-generation college student, and I took out loans for both BA and MA degrees. I would not have attended college were it not for this program, so I have always been grateful for it.

In my view, my fellow citizens invested $25,000 dollars in me, hoping to get a decent return on that investment. The government did not “give” it to me; I asked for it, and American taxpayers loaned it to me. I believe, after more than 30 years in the classroom teaching almost 10,000 students, that I have returned excellent value on that initial investment. If I am still paying my loans today (which I am), it is because of my own foolishness when younger, and not the fault of the program or its expectations of repayment.

So, I believe in the value of the Guaranteed Student Loan (GSL) program, and I think it has helped many people like me. Overall, it was a positive program when all parties participated in it with integrity. But it is clear that the program has spiraled out of control, and the very problems that were warned about at the outset have come to pass. Congress and the public should take the time to investigate that initial debate and look at the student loan “crisis” through a longitudinal lens.

So, what are the problems that were predicted at the outset of the program? Here they are as I recall them, and they are all related to this troublesome word… “guaranteed.”
1. Limiting and erasing free market forces in academia. Because potential students were “guaranteed” a loan once they were accepted into a program of study, it was feared that colleges would not have to compete with each other to keep costs low. Without this competition, not only would the cost of college continually rise, but colleges would create degrees and programs of study that would appeal to young people and generate revenue, but for which there really were no jobs. Consequently, students would take out loans and go into debt developing competencies for which there was no work.

2. Student Debt and Indentured Servitude. Without free market forces operating in higher academia it was feared that student debt would become a social problem which unscrupulous political forces would exploit to gain political influence. In fact, guaranteed loans could become a bribe to young people. A future politician could, for instance, immediately before an election, seek to “forgive” these loans, or promise to forgive them if he or she were to win the election, or, having won a previous election, use this political block to hold onto that power.

But more importantly, this debt to the government would be indistinguishable from indentured servitude if it were within the power of government to forgive or erase it. The greatest fear, of course, was that some future political party would deliberately arrange these conditions in order to first create, and then exploit this power for its own political purposes. This also sounds familiar.

3. Government interference in higher academia and education in general. A corollary to being a friend of Rome is that, once you are Rome’s friend, Rome gets to tell you what to do — but, you get the honor of paying for it. And here we are again. On the one hand, because of the availability of student loans, more people could attend college and the colleges could grow. On the other, as the program grew, so, too, would universities’ dependency upon the student-loan system. With that dependency would come influence. As it turns out, the steady encroachment of government regulation in academia is another reason for the high costs of college. Government rules require a wasteful bureaucracy to poorly implement. Those higher costs are passed on to students. Because the costs are hidden to students, they don’t know what they are paying for.

4. Undermining of academic competencies. A further extrapolated fear has now presented itself. If student loans became a political football and debts were erased, students would suffer no consequence for failure. Traditionally, if a student failed a class, it had to be repeated… and paid for again. If a student thinks he might not have to pay for a class, he is less motivated to complete it.

Failing a class is a huge (and relatively cheap) lesson for young people. It’s often the first time they face a consequence for a choice that has no forgiveness and from which mommy and daddy cannot save them. Learning to cope with failure is critical for the maturation process. I failed calculus twice as an undergrad. From that experience, I learned two things: (a) I should have studied harder; and (b) I should not choose a career that involves calculus. Government interference interrupts this learning process and transmutes life lessons into gerrymandering opportunities that benefit politicians, not students.

5. Confluence of Power. Finally, it was feared that academia would one day control the means of knowledge production, the content of education, the delivery of education, and the financing of education. In the past we feared that whoever controlled academia would also control these elements, too, and there would be no effective check upon the power of academia. Academics might take it upon themselves to use the system for their own social or political goals and co-opt the political rights of the citizens in their classes. Such a system might create, over time, an academic oligarchy that sought control over society rather than educating individual human beings.

That sounds familiar too, doesn’t it?

Dr. Schuhart is a Professor of English at NVCC-Annandale. He holds a Doctorate in Education. His area of specialization is Scientific Rhetoric; he teaches both Scientific Writing and American Literature, among other things.

This entry was posted in Education (higher ed), Uncategorized and tagged Dr A Schuhart. Bookmark the permalink.