Who’s “Legislating from the Bench” Now? 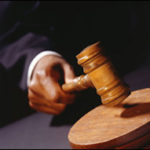 “It’s not the court’s place to legislate,” the judge stated in local media after dismissing a case seeking to have two books declared obscene upon her ruling that such ban violated Virginia and federal law.

“Look, the General Assembly is a citizen legislature. We’re not lawmakers. Things like this happen and a law got written in a confusing way,” noted the plaintiff’s lawyer, who is an elected delegate.

The two statements reflect a continuing point of conflict and criticism of court decisions deemed to be legislating from the bench. The “we’re not lawmakers” and “citizen legislature” comments ignore the fact that members of the General Assembly are served by a Division of Legislative Services staffed by more than fifty professionals to assist in drafting legislation. The term legislating from the bench tends to be employed by critics of judicial decisions, too often with little substantive explanation. Sometimes, the phrase “judicial activism” is used as shorthand. Generally, it is fair to say that the critique relates to the results of adjudication that either invalidate or modify legislation or appear to imbue legislation with meaning beyond the terms of the statute.

Also overlooked is that the exercise of judicial review, in and of itself, is an application of a superior legislative authority most clearly where a law or portion thereof is declared unconstitutional. The principle of judicial review in the United States received its primary legitimacy in 1803 (Marbury v Madison) with Chief Justice John Marshall’s conclusion, joined by four of six members, that, “It is emphatically the province and duty of the Judicial Department to say what the law is.” That determination did not rest upon any specific language in the Constitution, and with 200 years of acceptance and durability, judicial review as precedent rests upon the practical belief that, if courts did not possess such authority, cases and controversies could not be resolved.

More recently, critics of judicial activism have urged the vetting of judges who view the role of courts as adhering to the text or original meaning of statutes and constitutional determinations. Some observers add that the intention of the framers is of the essence. During the 2008 presidential campaign, Sen. John McCain pledged that he would not appoint judges who legislate. During the 2016 Presidential debate, Donald Trump declared, “I am pro-life” and the issue of abortion would “go back to the individual states” because he would nominate several justices to SCOTUS.

Not every example of legislating from the bench necessarily involves a direct finding of unconstitutionality. In late 1896 (City of Winchester v Redmond), the Virginia Supreme Court disappointed Mr. Redmond, whose information led to the detection of some arsonists, for which the city council of Winchester had promised a $500 reward but reneged. At the time, the court could have elected from two opposing theories to resolve the dispute. Interestingly, the two theories were proposed by native New Yorkers who ascended to the bench of two different states.

In 1868, John Forrest Dillon, an Iowa jurist, concluded in a ruling that local jurisdictions were entirely creatures of the state legislature and, as such, possess no authority to enact legislation that is not specifically granted by the state:

Municipal corporations owe their origin to, and derive their powers and rights wholly from, the legislature. It breathes into them the breath of life, without which they cannot exist. As it creates, so may it destroy. If it may destroy, it may abridge and control.

This judicial edict has become known as the Dillon Rule and is operative in more than thirty states in the US. Only three years later in 1871, Michigan Supreme Court Judge Thomas Cooley expressed an inherent right to local self-determination stating, “local government is a matter of absolute right; and the state cannot take it away.” The Cooley Doctrine, or the doctrine of home rule, was one of the two choices available to the Virginia Supreme Court twenty-five years later. The Commonwealth chose Judge Dillon’s view, which is not a statute but a principle of legislative governance and limitation. In Redmond, the decision simply held that Winchester did not have the authority to offer a reward in a criminal matter without a specific franchise from the state legislature.

The exercise of judicial review and concern about judicial activism emanate from a common principle of jurisprudence based upon precedent in the absence of specific legislative language. A similar result might also occur where a court determines that a statute, even one apparently contrary to own its terms, does not apply to a defined group of citizens, e.g., immigrants. While courts may look to material considered by Congress or a state legislature for clarification, courts are inclined by tradition to reach their own conclusions.

There exist phrases in the Constitution such as “due process of law,” “equal protection of law,” and “cruel and unusual punishment” that beg for interpretation or, in practice, pose conflicts with fairness or equity or justice. Interpretations, by definition, make the courts an avenue for legislation from the bench. Accordingly, the phrase “legislating from the bench” is at best misleading as constitutional documents and legislation are tested as the Virginia delegate noted. Under FDR’s New Deal, liberals complained that the courts were making social and economic judgments that were properly within the legislative domain. Later, the Warren Court, infamously liberal, is remembered by conservatives as an epitome of judicial activism. Incongruously, it was the Rehnquist-led SCOTUS that struck down acts of Congress at a far greater rate than the Warren bench. Neither end of the political spectrum is free of the habit of correcting the law.

Some students of the issue regarding judicial activism are persuaded that the dominance of the Dillon Rule reflects a bias against urban aggregation of population, a distrust of urban centers. In 1900, the population of Virginia was 1.854 million without a franchise for women and a constitution in 1902 that contained wholesale disenfranchisement of African Americans in comparison with a current population of 8.631 million strewn within significant urban aggregations. Political views and power influence application of the Dillon Rule as noted in this brief iteration from Local Government Autonomy and the Dillon Rule in Virginia:

In 2015, Herndon requested the General Assembly to modify the town charter and move town council elections from May to November. More people participate in the November elections, especially every four years during a presidential contest.

Manassas had made that switch in 2014, even though the campaigns of local candidates are occasionally swamped by the campaigns for the U.S. Congress, President, and Governor. After the change in the election date, Manassas voters elected a Democrat to the City Council for the first time in decades.

The General Assembly refused Herndon’s request in 2015. Democrats immediately claimed that Republicans in the House of Delegates were being partisan, and that they feared the increased number of Democrats who typically vote in November elections.

The Herndon Town Council then revised the election date through a local ordinance. Approval by the General Assembly was required to institutionalize the change in the charter, however, and a future town council could have revised the local ordinance and re-scheduled Herndon’s local elections in May. In 2021, the General Assembly passed a law forcing all municipal elections to be held in November. At the time, both houses of the legislature were controlled by Democrats, and the Governor also was a Democrat.

The Dillon Rule imbues the General Assembly with the authority to engage in “micromanagement” of issues that might better be entrusted to local jurisdictions, such as the salaries of school superintendents, school start dates, waste disposal fees, among a few. This umbilical relationship, in part, keeps the General Assembly busy deciding petitions and proposals from localities and, at the same time, vesting legislators with a political power over local desires and initiatives. Despite some efforts between 1969 and 1992, the General Assembly failed to adopt a statutory home rule measure for localities that, since Redmond, have developed mature, effective governance structures.

Stress and trauma to political systems and architectures have resulted from judicial determinations, especially those of SCOTUS, such as Brown v Board of Education (1954), requiring state and local governments to adapt to a tidal change in school systems. In June 2022 (Dobbs v Jackson), the Court determined that two abortion rights cases (Roe and Casey) were unconstitutional. The majority held that “no such right is implicitly protected” nor may it be said to be “deeply rooted in this Nation’s history,” nor “implicit with the concept of ordered liberty.” Justice Alito concluded that Roe and Casey “arrogated the authority [of the states]. The Court overrules those decisions and returns that authority to the people and their elected representatives.”

Whereas Brown addressed a pernicious systemic racial practice of “separate but equal” affecting school children, the principal population target of Dobbs was women and privacy. Moreover, the decision transmitted a view of judicial omnipotence (perhaps, arrogance) with respect to its direction that “the people and their elected representatives” had failed their inherent opportunity to address abortion. In so ruling, this SCOTUS also laid to rest the cherished myth of co-equal branches of government initiated in Edmund Randolph’s 1787 Virginia plan.

“So let it be written, so let it be done,” Ramses II (Yul Brynner) intoned in The Ten Commandments. Thomas Paine promoted common sense while authors of the nation’s Constitution embedded a variety of compromises within its provisions. Dobbs reversed fifty years of precedence, raising a question as to how “deeply rooted” a precedent must be as well as for how long a period of time to be accorded protection. The decision was notably absent of judicial restraint subjecting fifty jurisdictions to alter prior reliance upon Roe and Casey. Textualism and originalism appear to have been used as legislative hammers disguised as judicial reasoning. Yet, contrary to the Virginia judge, it appears, in fact, the place of the Court to legislate – and, perhaps, more.

During his confirmation hearing for Chief Justice in 2005, John Roberts famously characterized judges as mere umpires, calling balls and strikes without an agenda. That was then.

This entry was posted in Courts and law, Uncategorized and tagged Jim McCarthy. Bookmark the permalink.