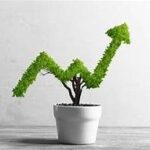 Like last year, members of the House of Delegates will get to pocket $211 daily per diems for attending the General Assembly — even though they’ll be sitting in virtually and incurring no meal and lodging expenses. Reports Virginia Public Media:

The so-called “session payment” rate is pegged to federal estimates of Richmond meal and hotel prices. Unlike formal per diems normally given to lawmakers who travel to Richmond during session, the 2021 payments are subject to taxes.

The payments are separate from part-time delegates’ annual salary ($17,640), office stipend ($15,000 for most delegates) and compensation for non-session meetings ($300 for a half-day, $400 for a full day). Each lawmaker’s legislative assistant will also collect the $211. Del. Kirk Cox (R-Colonial Heights) and Del. Nick Freitas (R-Culpeper) have declined the payments, according to Elizabeth Mancano, the House’s chief communications officer.

In a 30-day General Assembly session, the back-door pay raise amounts to about $6,000.

There’s a case to be made for boosting the pay for General Assembly members. The salary hasn’t increased since 1988. With each passing year, serving in elected office represents a financial hardship, increasingly accessible only to those who are wealthy, are retired, or have figured out how to monetize the personal contacts and relationships they forge doing the “peoples’ business.”

But if you’re going to boost salaries, be honest and upfront about it. Don’t look like you’re running a scam. Public trust in the political process is low — but it can always get lower.