COVID Vaccine Distribution: What Can Virginia Learn from Florida? 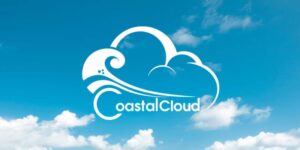 Fiasco. From the start, Florida prioritized anybody 65 or older into its top tier for receiving the COVID vaccine. Virginia initially limited early access to the vaccine to those 75 and over. Last Thursday Gov Northam announced that Virginia would include people 65 and over in the current distribution of vaccines. That adds 9.5% of Virginia’s population, or 810,920 Virginians, to the “eligible now” list. What can Virginia learn from Florida about distributing the vaccines to a larger percentage of the population?

Florida’s initial efforts to distribute the COVID vaccine were widely described as a fiasco. Newspapers featured pictures of senior citizens in long lines waiting to get vaccinated. Just registering for a vaccination appointment was chaotic. Registration call centers were overwhelmed. CNN described the registration process as haphazard. If Florida is a benchmark … Virginia will soon enter the “chaos zone.” However, there is good news from Florida that could help Virginia. A Florida based technology company, Coastal Cloud, has started managing vaccine appointments using an application built on Salesforce.Com. I interviewed the husband-and-wife team that founded Coastal Cloud yesterday and they explained how their company is helping four counties in Florida get a handle on the scheduling of COVID vaccinations.

Coastal Cloud.  Coastal Cloud was founded by Sara and Tim Hale as a consulting, implementation and managed services provider focusing on Salesforce.Com projects. Tim grew up in Virginia Beach, graduated from Cox High School, attended the University of Virginia and lived for a number of years in Northern Virginia when he worked for Accenture. Sara hails from Birmingham, Alabama and is a graduate of Duke University. She also worked for Accenture in Northern Virginia before the couple relocated to Palm Coast, Fla., and founded Coastal Cloud. Tim and Sara maintain a connection to Virginia with two daughters presently attending college in the state. In addition, they told me that they have plans to locate their next expansion of fast-growing Coastal Cloud in Charlottesville, Va.

The vaccination problem. The rollout of COVID vaccines is a complex logistical process. One critical early step is the registration of patients to receive the vaccine and scheduling of appointments to get the shot. Tim and Sara described the problems Florida encountered when that state “threw open the floodgates” for COVID vaccinations. Florida, like Virginia, operates on a jurisdiction-by-jurisdiction approach to COVID vaccinations. Initially, Florida counties used a hodge-podge of call centers and lightweight web sites to schedule vaccinations for eligible citizens. The results were disastrous. Too many people were vying for too few appointment slots using technologies that couldn’t handle the scale.

The Coastal Cloud Solution. Coastal Cloud developed a solution to the vaccine appointment scheduling challenge by extending their existing COVID testing application to include vaccinations. The Care4COVID application is being used to schedule vaccinations in four of Florida’s most populous counties – Orange (Orlando), Hillsboro (Tampa), Pinellas (St Petersburg) and Pasco. Those counties have a combined population of just under 4.4 million with Hillsboro being the largest of the four at 1.474 million. In other words, the CARE4COVID application is handling vaccine appointments for a population equal to half of Virginia’s population with the most populous of the four jurisdictions being larger than any locality in Virginia. One eye-popping statistic quoted by Tim Hale was the application’s peak processing level of 1,500 appointments per minute. It’s no wonder that call centers in Florida were being overwhelmed  It should surprise no one when Virginia suffers the same fate. Four million, four hundred thousand Floridians now are better able to register and schedule vaccinations because of Coastal Cloud’s Care4COVID application. Virginia localities should consider that application or others like it before we descend into full chaos.

The Old Dominion. Tim and Sara describe the early rush to schedule vaccinations as the first moments of a tsunami. The wind picks up, the waves get bigger but the storm hasn’t really started. Then all hell breaks loose. I suspect that Virginia is in that early phase. What assurance do we have that Virginia localities will be able to handle the COVID vaccination process any better than the initial efforts in Florida? As a resident of Fairfax County I logged into the county’s Coronavirus vaccination webpage. In a bright red box was the statement, “ALERT: OUR CALL CENTER IS EXPERIENCING HIGH VOLUME.” In addition, the web page contains contradictory information as to who can get a vaccination – stating in one place 75+ years old and in another 65+ (the correct answer is now 65+). The pre-screening application incorrectly refuses information from people aged 65 – 74. To paraphrase the late astronaut Jack Swigert, “Richmond, we have a problem.”

Other answers. Coastal Cloud is not the only technology vendor selling a solution for COVID vaccination scheduling. Large organizations like Accenture and IBM both offer applications to help with the distribution of COVID vaccines. I focused on Coastal Cloud’s solution because I know the founders, the company has a great reputation and Coastal Cloud is in the process of expanding in Virginia (side note: Virginia already has Coastal Cloud’s second largest number of employees after Florida).

Dodging disaster  The New York Times rates Virginia as 40th out of 50 states in the percent of people who have received at least the first vaccination shot (2.5%). The CDC rates Virginia as 48th for the percentage of vaccinations used. We’re lagging and the vast majority of Virginians have not even started the process. Shouldn’t our counties be aggressively implementing the technology needed to facilitate the distribution of the COVID vaccine? The General Assembly is in session and this is an election year. One would think that accelerating the distribution of vaccines in Virginia would be a top priority for our state government. Perhaps somebody in Richmond ought to contact the Hales.  That can be done by following this link and clicking the “Speak to an Expert” button on the top right of the page.

Author’s note: While I am an ex-employee and current shareholder in two of Coastal Cloud’s competitors, IBM and Accenture, I have no financial stake in Coastal Cloud and I was not compensated in any way for writing this article.