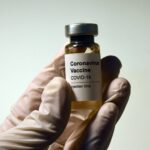 Uh-oh. Seems Virginia’s governor and his staff are a bit touchy about the commonwealth’s desultory COVID-19 vaccine rollout.

They ought to be apologizing.

As the rest of the country manages to open 24/7 vaccine centers, the Old Dominion — the only state with a medical doctor in the Governor’s Mansion — has fallen to 48th in the rate of vaccine use. A week ago, we were 38th.

This is especially worrisome because, according to The Richmond Times-Dispatch, the feds will be releasing future batches of the vaccine based on how quickly the states use the ones they have.

Northam and his minions can’t blame this on Donald Trump, either. States are in charge  of deciding how the vaccine will be administered and Virginia’s total lack of preparation is embarrassing.

When the Mayor of Virginia Beach finally penned a letter to Northam on Wednesday, he pointed out the many problems the city encountered trying to get doses.

Bobby Dyer described the vaccination program so far as, “frustrating and disappointing”: 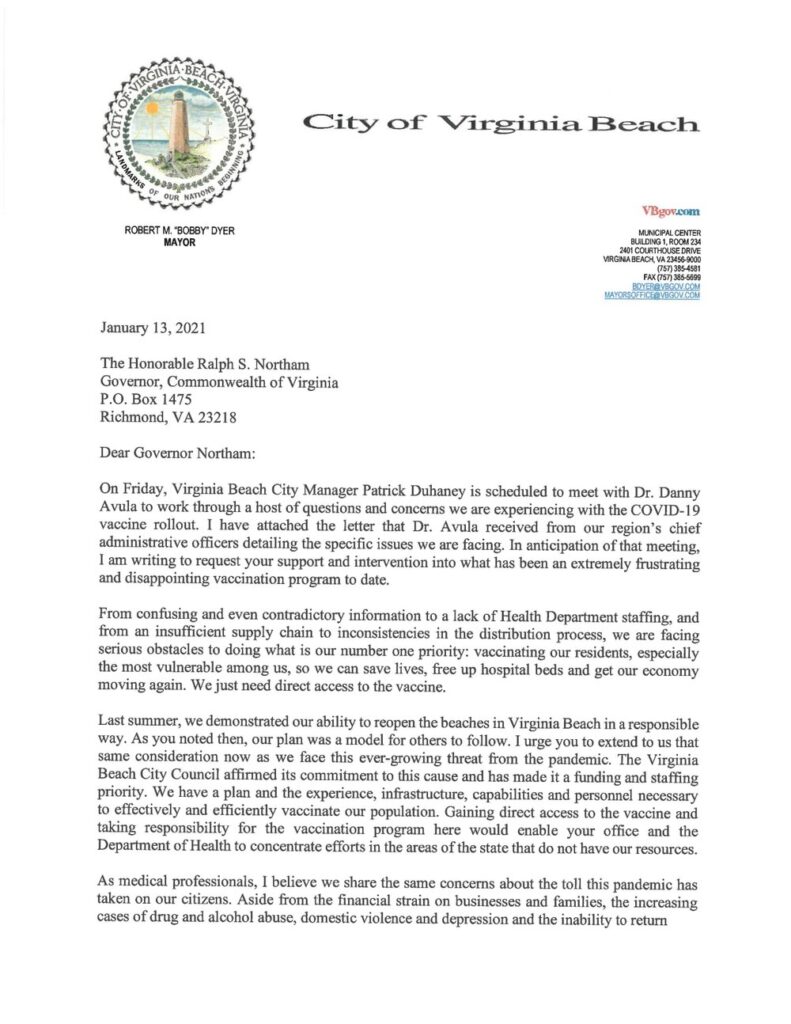 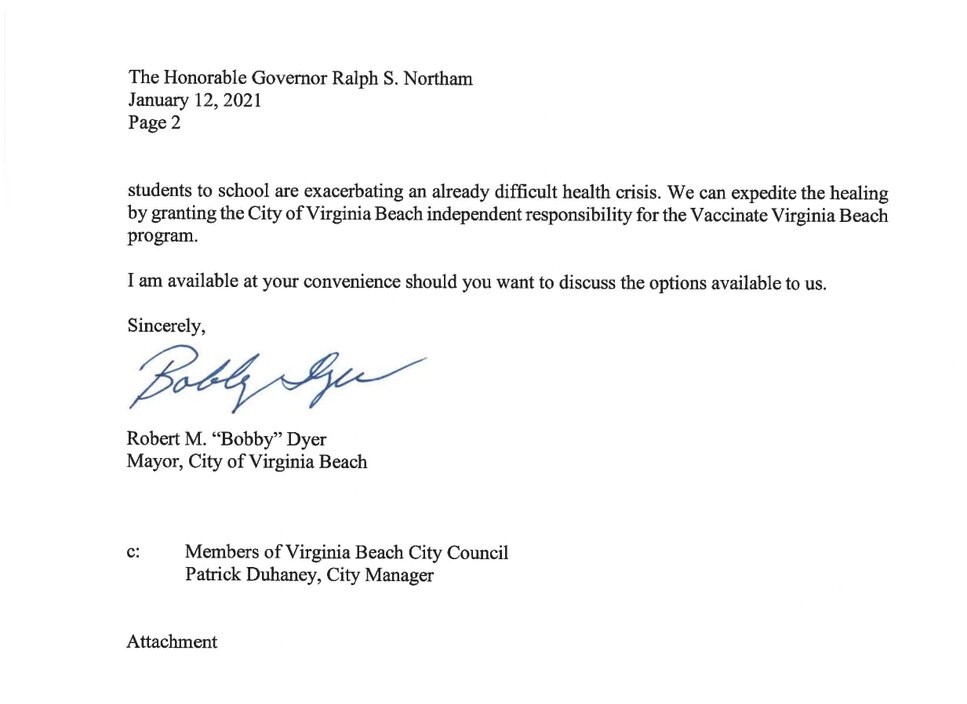 Two days later, Dyer had a reply in the form of a snarky three-paragraph email from Clark Mercer, Northam’s chief of staff.

Northam’s spokesman sidestepped the vaccine issue and instead tried to blame State Sen. Bill DeSteph of Virginia Beach for lousy communication between Richmond and the largest city in the commonwealth. 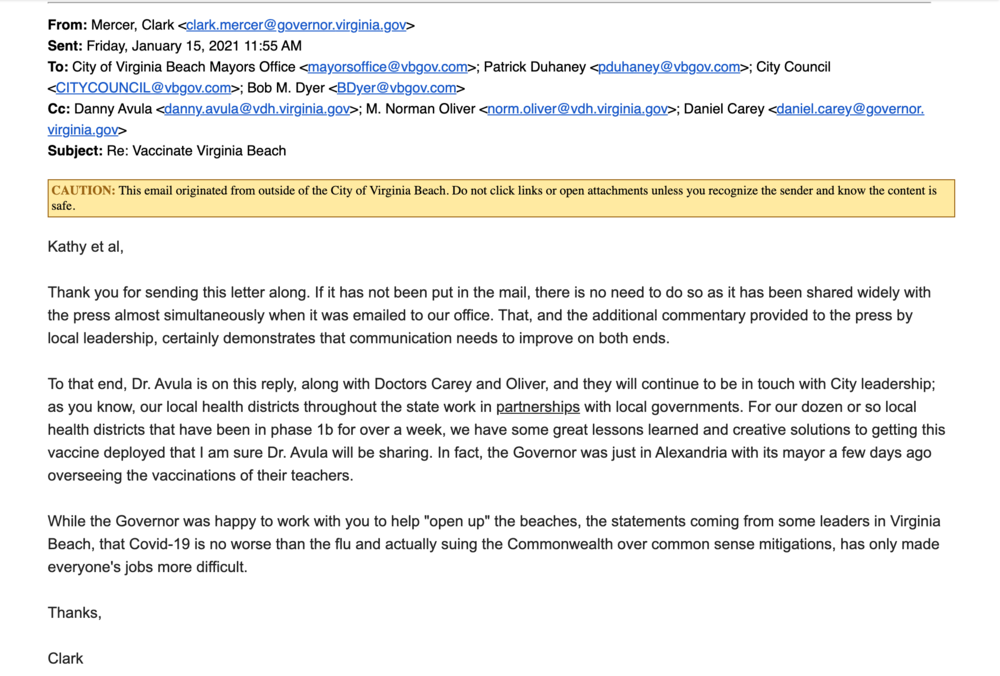 That’s the best the governor’s mouthpiece can do when the commonwealth’s largest city is experiencing a crisis over a lack of vaccines?

Democrats are clearly smarting over a suit DeSteph recently brought against state Democratic Party leaders who had decreed that members of the public could not meet in person with lawmakers during the 2021 session, due to COVID. Once they got to federal court, party leaders agreed to allow small groups of citizens to meet in a designated space with their representatives.

Oh, and DeSteph did not say COVID was no worse than the flu. He pointed out how few people have died of the flu during the pandemic. A curious phenomenon many have noticed.

“Other than not wearing a tie, what has our Dr. Governor done to help the situation?” DeSteph asked when I spoke with him Sunday night and read Mercer’s email to him. “We are the 48th state for getting the vaccines into the arms of our citizens.

“It is childish accusations like this that have deflected his responsibility.

“During the course of this, he (Northam) has blamed the president, our hospitals, our cities. All of the other states have the same president, they have hospitals and they have cities and they are running laps around us.”

When I spoke with the mayor on Sunday, Dyer said he wrote his letter in hopes of provoking a response from the governor. The response he got was not what he expected.

“Do you know how distressing it is to hear from people in North Carolina getting their vaccinations when people in Virginia Beach cannot?” Dyer asked. “The last thing we need, in my opinion, is to emulate the bureaucratic malpractice of New York and California in how we handle this virus.

When I asked Dyer for his reaction to Mercer’s snide email, Dyer simply said: